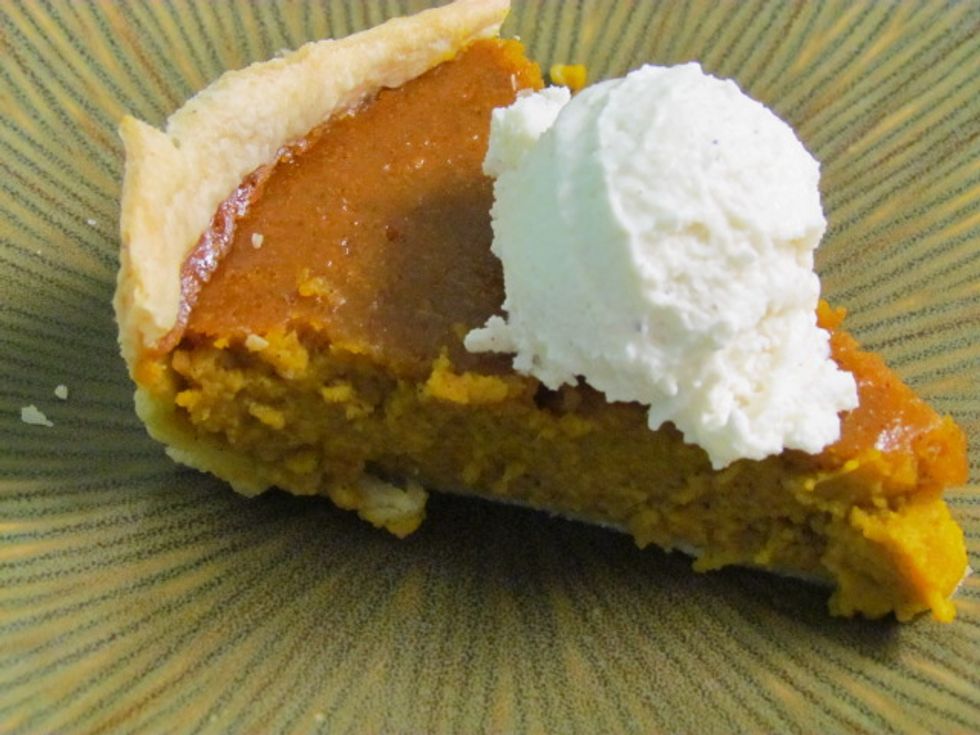 Just last week, you were so excited to have a recipe for a classic and delicious appetizer to bring to Thanksgiving to wow all the old ladies in your family. Then you were talking to your Thanksgiving host, and you made the mistake of being polite and asking if there is anything you can bring. And she said, "Oh, you're so thoughtful; something for dessert would be great!" So demanding! Do not fret. Today we share with you (for you to share with your friends on social media) a Buttercup Squash Pie recipe, so you can say, "As you wish."

Poor the filling into the prepared pie dough. This is going to be way more than you need for one 9-inch pie, so be creative with the rest or throw it away.