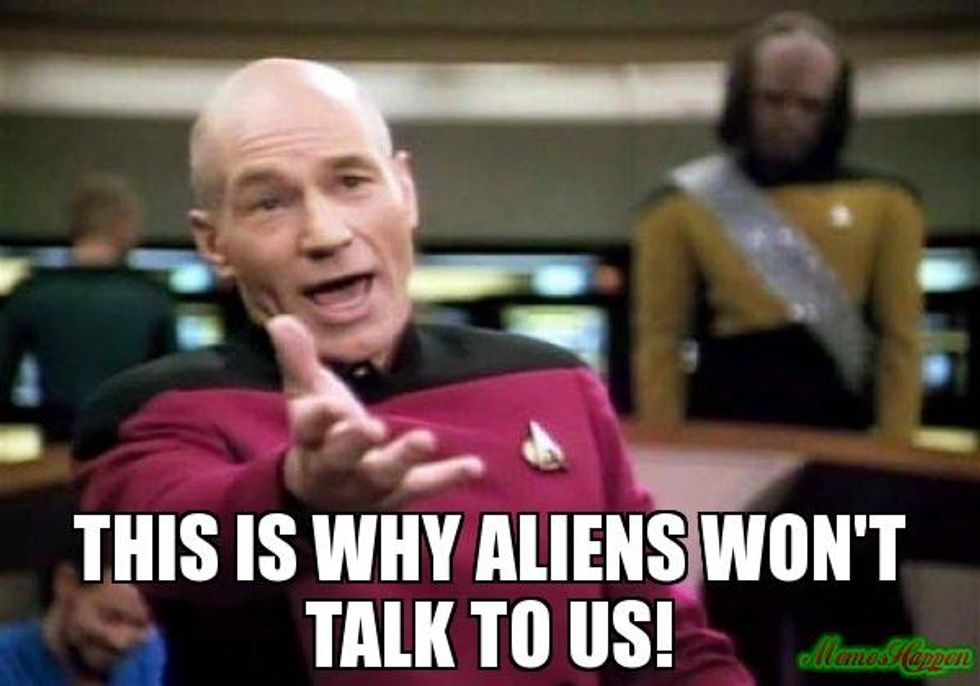 Taking the concept of false equivalence to its illogical conclusion, some morons have started a petition to remove the African-American Monument from the South Carolina statehouse grounds, because it's offensive to white people. As Great Statesman Lindsey Graham observed, the African-American history memorial was built as a face-saving part of the 2000 compromise to move the Confederate flag from the statehouse dome, so now that the flag has been removed from the Confederate war memorial, some butthurt Lost Causers say it's obviously time to get rid of the other part of that deal.

Since there was nothing hateful about the flag, says the petition's author, Keith Harmon, it's only fair to remove the African-American history monument, too. (Harmon says his ancestors fought under the flag, but only if they were in Robert E. Lee's Army of Northern Virginia.) But if The Blacks wanted to get all het up about the flag, then obviously the reverse is true of the monument on the other side of the Capitol, according to the petition:

It has been stated that the battle flag must be removed due to it being offensive to the African American community, and invoking upon that community reminders of the dark history of slavery. To the same point, the African American Monument depicts slave ships, mistreatment and words such as "segregation" and "Jim Crow". This being the case, it is undeniable that this monument can and does serve to invoke in the white community feelings of shame, humiliation and offense, serving as a constant reminder of the dark history of slavery.

The petition has nearly 40,000 electronic signatures, which proves that there are plenty of idiots online. We honestly hope the South Carolina Legislature will hold hearings on this, so that white people can offer testimony about how all through the 1950s and '60s, their families were terrified by black lynch mobs carrying replicas of slave ships and burning chains on their lawns.

Then maybe we can get to that petition demanding that a Nazi history museum be built on the national mall in Washington DC, right across from the US Holocaust Memorial Museum, because everyone deserves equal time.