CA Republicans Sue Hispanic Dem Candidate For Being Too Inspirational 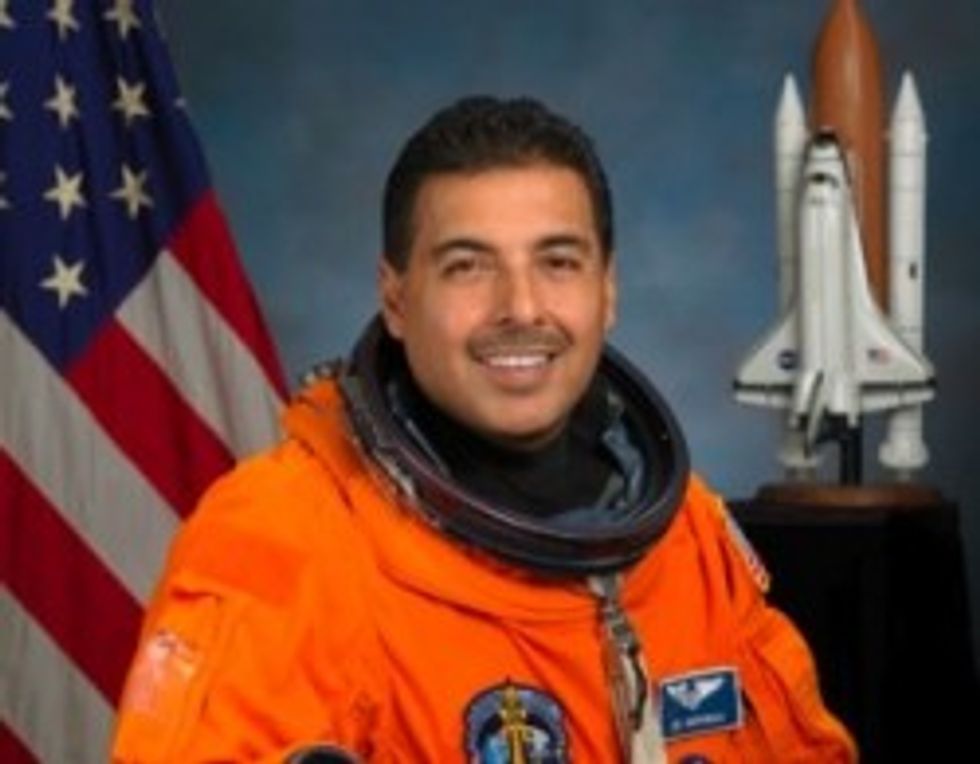 A law firm with ties to the California GOP is deeply bothered to see Mexican-American Jose Hernandez's name on the ballot for U.S. Congress (that is not the joke yet, but we could probably just stop there, ha ha) because he has listed himself as "astronaut" on the line for his occupation. Hernandez, the son of migrant Mexican laborers, is a recently retired astronaut, a fact the law firm pointed out in a lawsuit filed last week. This means that Hernandez is CHEATING, by describing himself according to his career accomplishments over the span of more than say, the last week. May the Republicans suggest a more rule-abiding generalized occupational description such as "Brown person" instead?

In a pointed new challenge, a Sacramento law firm is asking a judge to block Hernandez from describing himself as an "astronaut/scientist/engineer" on the June ballot. The lawsuit notes Hernandez has left NASA.

"Hernandez's attempted use of 'astronaut' violates the Election Code's unambiguous requirement that a candidate's ballot designation reflect one's current profession, vocation, or one held during the previous calendar year," the lawsuit states.

The lawsuit quietly filed Wednesday in Sacramento County Superior Court by the firm Bell, McAndrews & Hiltachk strikes right at the heart of Hernandez's biography. It's a life story he's making considerable use of as he seeks to challenge freshman Rep. Jeff Denham, R-Turlock.

What a fun trend this could be, minorities having to go to court for permission to publicly associate with their life's work! There's some job creation for you: Hernandez says on his Facebook page that it will cost $20,000 to hire lawyers to defeat the lawsuit.

Disgraced megalomaniacs like Newt Gingrich will still be referred to by their former titles such as "Mr. Speaker," but only as a special reward for being forced to resign his post in shame. [Fresno Bee/Facebook]