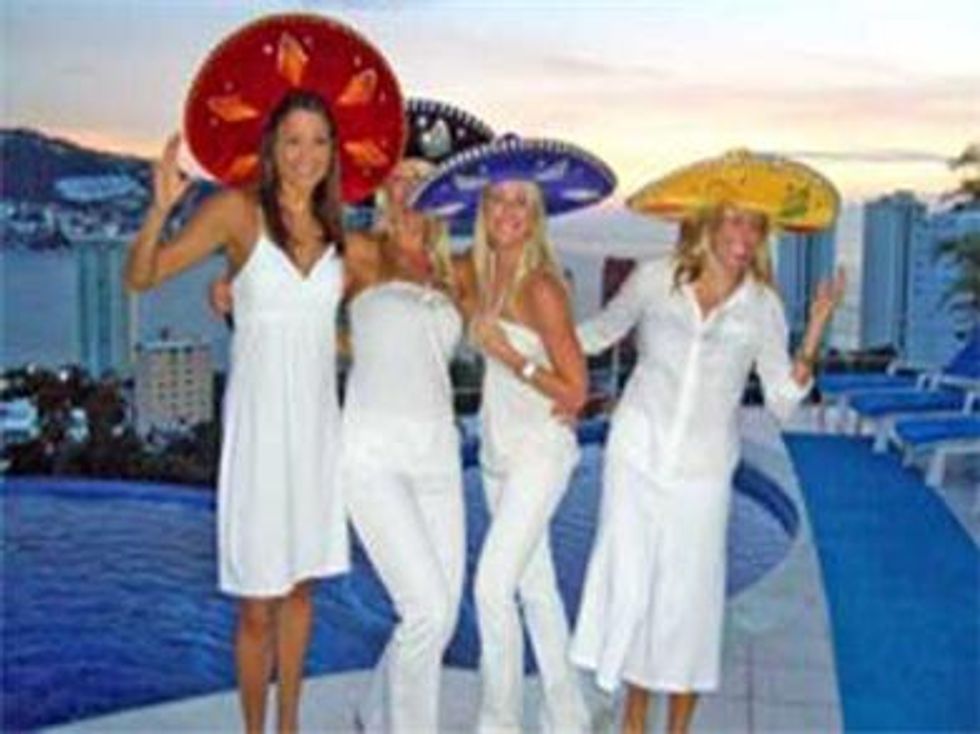 Are you tired of seeing immigrants, mostly the illegal ones, rolling around in their garish earth-raping automobiles on their way to and from their garish stucco McMansions filled with, we don't know, probably a few car elevators even? Did you mainline enough angel dust at breakfast this morning to come to the startling conclusion that global warming is not only real and dangerous but that your Guatemalan house painter is to blame for it? California has a support group for you, boy oh boy. And now they have a teevee ad!

There you have it. Immigrants pollute the ozone "four times more" while residing in the United States than if they lived in whichever Mexico they came from. (Ha ha, they are leaving the U.S. already anyway.)

"Sound crazy?" asks this Los Angeles Craigslist actor human in the ad. Well, let's have a bit more thoughtfully reasoned argument before we decide, from the group's website:

Wouldn't the more logical solution be just to deport all the Americans with a proclivity for conspicuous consumption, to Siberia? Anyway, your editor is new to California and was not familiar with these strange hybrid right-wing hippies until now, but we notice that there is a UCLA physics professor on the group's board, among other scientists. Have you heard of them, readers? [YouTube; thanks to Wonkette operative "jakegittes"]