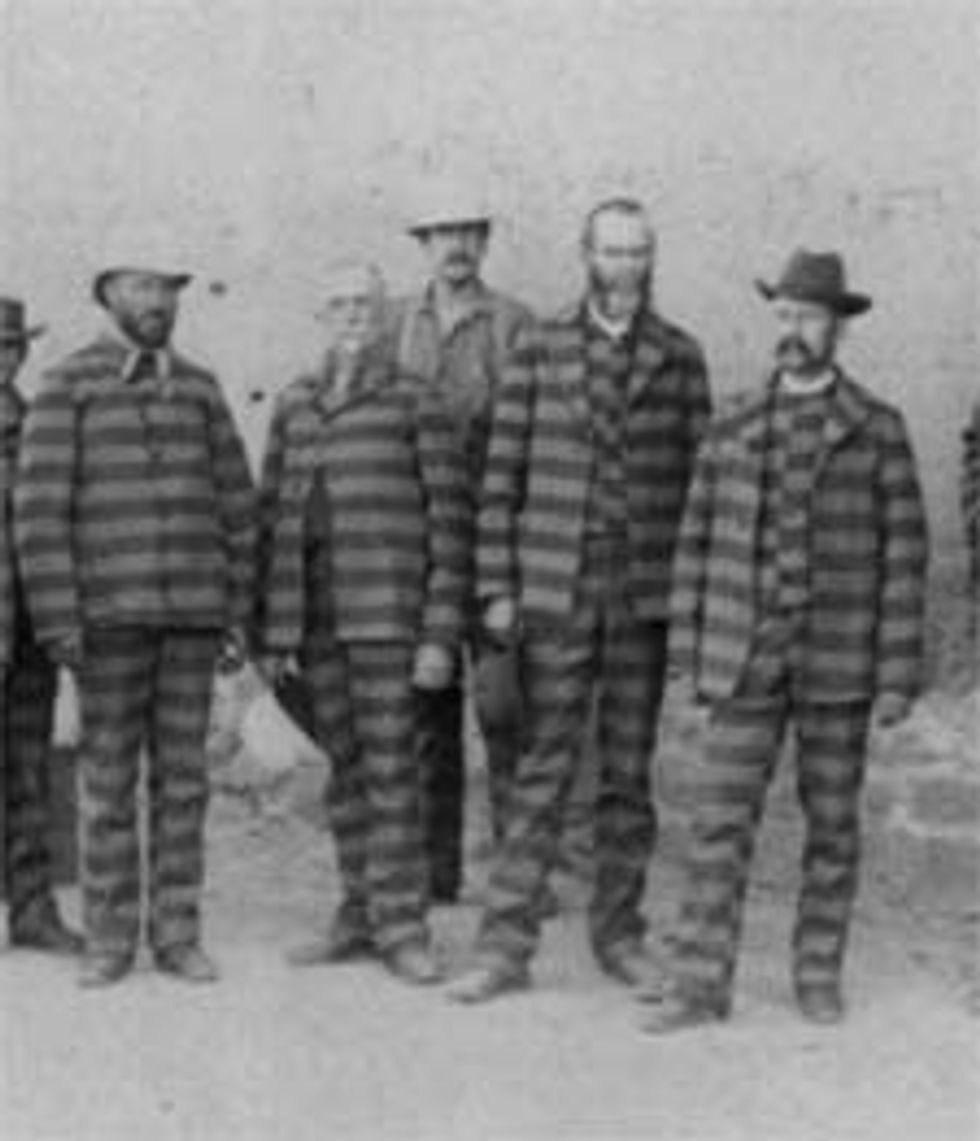 California, "the industrial prison state," has atremendous number of people locked up in state, county and privately-operated hellholes, the only growth industry in the doomed state. And the prisoners are rioting, statewide. Tens of thousands of them, rioting against their low-paid peers in security guard outfits, rioting against starvation diets of inedible swill and decades of "solitary confinement" and overcrowding and misery. Why, if they ever figure out that they can easily overpower all those donut-belly guards and lose maybe 10% of the escapees to the police state's machine guns in the resulting mass breakout, things could get weird:

Here, from a mysterious website called TUCONE, is the news about the rioting:

Thousands of inmates at up to eight Californian prisons have been on hunger strike for over a week in protest at what they feel is unfair treatment at the hands of prison authorities. Estimates suggest that there could be up to 12,000 inmates involved in the coordinated protest across the state, according to a prison advocacy group.

The prisoners have made five demands to authorities, including a change to current prison policy where an inmate is forced to go through an interrogation process where they are forced to incriminate themselves and other inmates in order to secure their release from solitary confinement. In addition, the prisoners want authorities to end group lockdowns and for those in solitary confinement to be fed better quality meals and access to clothing more suited to the winter.

California spends $47,000 per inmate, per year. That's to keep its share of America's 2.3 million prisoners locked up, mostly for being poor people stealing shit to buy dope. Honestly, that's what everyone is in prison for, that's what makes America the world's biggest police state (according to U.S. Department of Justice figures). Only 8% of American prisoners are in jail for "violent crime." The rest are locked up for drunken idiocy, drug addiction and chicken-shit property crime, mostly to fund drug habits to numb the grinding bullshit of life for America's mostly struggling population.

Anyway, riots! Shares in privately operated prison franchises are expected to either go up a little or down a little based on how many low-wage prison guards are killed in the revolt. [TUCONE]