Candy Crowley Did, But Didn't, But Actually Did Back Down From Correcting Mittens On Libya 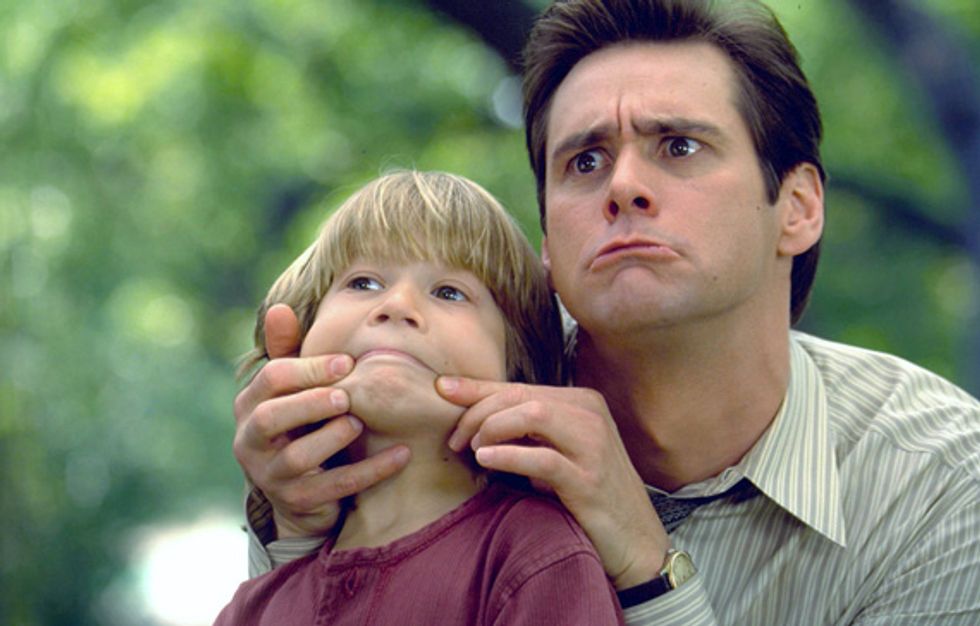 Last night, human dishonesty machine Mitt Romney lied about Barack Obama not calling the attack on the Benghazi consulate an "act of terror" for fourteen days. Candy Crowley (or CanCrow, as the kids call her) corrected Mitt, because he was gloriously, spectacularly wrong.

ROMNEY: I want to make sure we get that for the record because it took the president 14 days before he called the attack in Benghazi an act of terror.

OBAMA: Get the transcript.

OBAMA: Can you say that a little louder, Candy?

CROWLEY: He — he did call it an act of terror. It did as well take — it did as well take two weeks or so for the whole idea there being a riot out there about this tape to come out. You are correct about that.

BOOM, MAN WHOSE NAME IS A CLOTHING ACCESSORY FOR HANDS. Mitt pretty much ganked a talking point from every dumb conservative blogger on the internet without checking it (including the Internet's Dumbest Man and Woman, Jim Hoft and Michelle Malkin). If he had, he would have realized that Obama called Benghazi an "act of terror" the very next day after it happened, then again the day after in Colorado just in case motherfuckers weren't listening.

Here's the problem, though: CanCrow is arguing that Mitt was "right in the main" about Libya because, er, the Obama administration said it was an "act of terror" motivated by a movie rather than by evil black terror hearts or whatever actually causes terrorism. (Video below the fold.)

Here is the problem with her backing down and saying that Mitt was "right in the main": HE FUCKING WASN'T.

The Obama Administration contended from the beginning that Benghazi was an act of terrorism, but was unclear on the cause. When it found out that the cause was not an offensive movie, but instead al-Qaeda, it blamed al-Qaeda. That transition may have not been quick enough for conservatives, who would have preferred that Obama personally died in the attack instead of Ambassador Stevens (JOKING - they would only have wanted him to get winged), but it does not make Mitt right. By that standard, I could say Mitt Romney is a Craigslist rapist and be "right in the main" because he has in fact used Craigslist and what I'm really getting at is that he opposed abortion in most circumstances.

Crowley is now sort of walking back her walkback by not actually walking anything back at all, which I think means she is technically at a standstill.

Listen, what I said on that stage is the same thing I said to you, actually, last night. What I was trying to do ... I was trying to move this along. The question was Benghazi. There is no question that the administration is quite vulnerable on this topic — that they did take weeks to go, “Well, actually, there really wasn’t a protest and actually didn’t have anything to do with the tape. That took a long time. That’s where he was going. That was his first answer. And then we got hung up on this, “Yes, he said. No, I didn’t. I said terror. You didn’t say terror.” And then there was this point they both kind of looked at me. You know, he was looking at me and the president was looking at me. And what I wanted to move this along — could we get back to this? So I said, “He did say acts of terror, called it an act of terror. But Governor Romney, you are perfectly right that it took weeks for them to get past the tape.

To be completely clear, the entirely of Mitt's allegation was "it took the president 14 days before he called the attack in Benghazi an act of terror." That's it. Mitt said nothing about the tape. Not a thing. The reason Mitt was not "perfectly right" is because it is logically impossible to be "perfectly right" when you said exactly nothing.