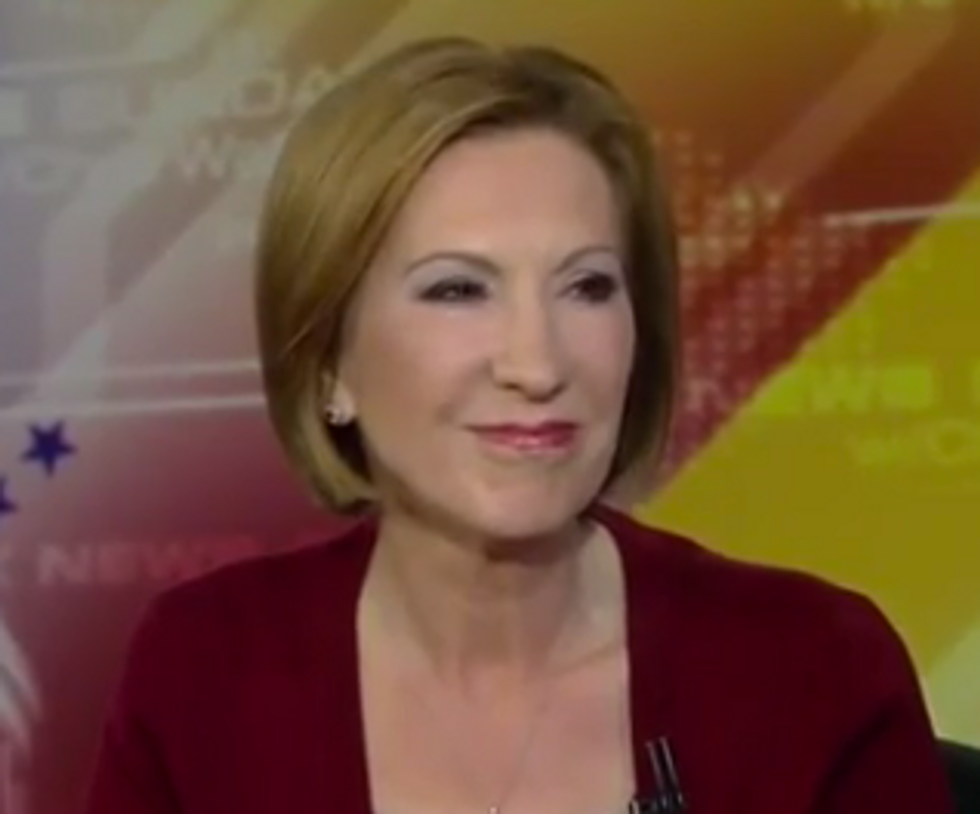 Carly Fiorina, remember when she was Hot Stuff? Not so much these days. However, as she is still technically a presidential candidate, and the Constitution requires 103 percent of all Sunday morning blah blah talk show guests to be Republicans, Fiorina appeared on "Fox News Sunday" on Fox News, Sunday, to flap her facehole at Chris Wallace about the fatal shooting last week at a Colorado Planned Parenthood. Were there lies coming out of Fiorina's persona, even though Wallace hisself already pointed out to Fiorina in September what a lying liar she is? Duh, of course there were. Collect them all!

CHRIS WALLACE: You have been one of the toughest critics, as we've said, of Planned Parenthood's alleged harvesting of body parts, selling them for fetal research. [...]

FIORINA: First, it is not alleged. Planned Parenthood acknowledged several weeks ago they would no longer take compensation for body parts, which sounds like an admission they were doing so.

Yeah, yeah, we remember when Carly Fiorina first insisted to Fox News that Planned Parenthood's decision to no longer accept reimbursement for the cost of harvesting and donating fetal tissue amounted to an "admission" that the butchers of Planned Parenthood were stealing LIVE BABY PARTS from LIVE BABIES!!! and selling them on the black market for fun and profit and poops and guffaws. And it's still as not true now as it was then. Except it's even more not true, as even more states have completed their investigations into the allegations -- yes, Carly, allegations -- against Planned Parenthood and determined them to be STANKY BULLSHARTS.

Also not popular? Carly Fiorina, whose pan flash didn't even last a full 15 minutes. You'd think given how the "vast majority" of Americans agree with Fiorina, according to Fiorina, and want to murder Planned Parenthood with a rusty coat hanger, she ought to be more popular with the voters these days. You'd think.