Carville And Begala Still Begging To Double-Team You For $5 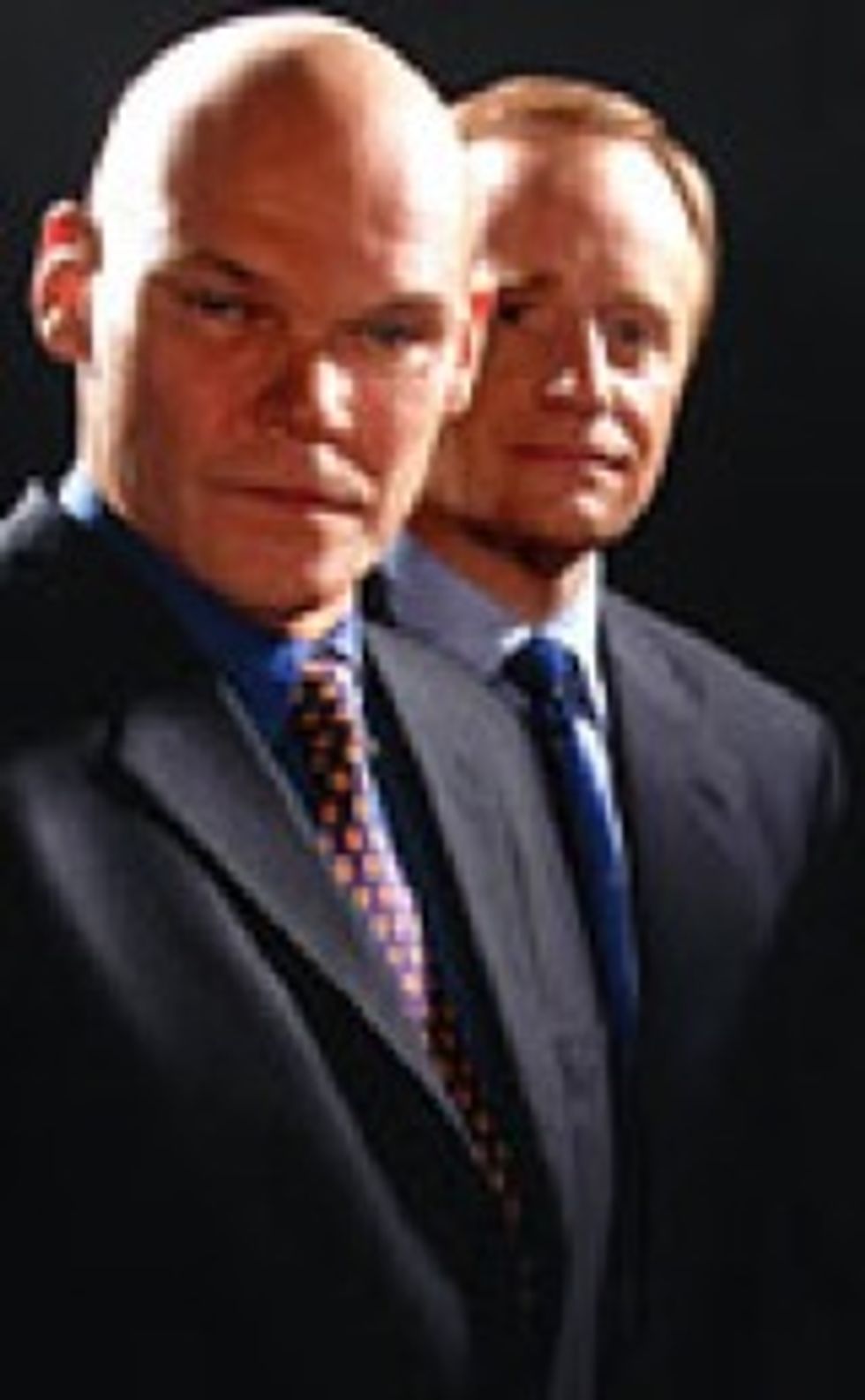 James Carville and Paul Begala: they are lurking in the shadows of our nation's capital, hidden behind a mysterious "door," and when you open that door they will jump out wearing Batman suits and rape you before they steal your kidneys. Find out how you can get in on this one-in-a-millennium sexytime action, after the jump!

First, you send $5 to Hillary Clinton. She in turn sends $5 to Mark Penn. And then you, the "winner," go have a three-way with a crawfish-scented skeleton and Paul Begala in the Senate rotunda! All the details are included in Begala's latest gross-out email, which, like one he sent just a few weeks ago, is supposed to raise money for the impoverished Secretary of State.

Imagine yourself walking into an exclusive event in New York accompanied by none other than President Clinton.

Picture yourself in California as part of the live audience of the most hotly anticipated TV finale.

Think about sitting across from James Carville and myself discussing politics in the shadow of our Nation's Capital.

Well you don't have to imagine anymore...you just have to pick. And if it were up to me, I’d pick door number three.