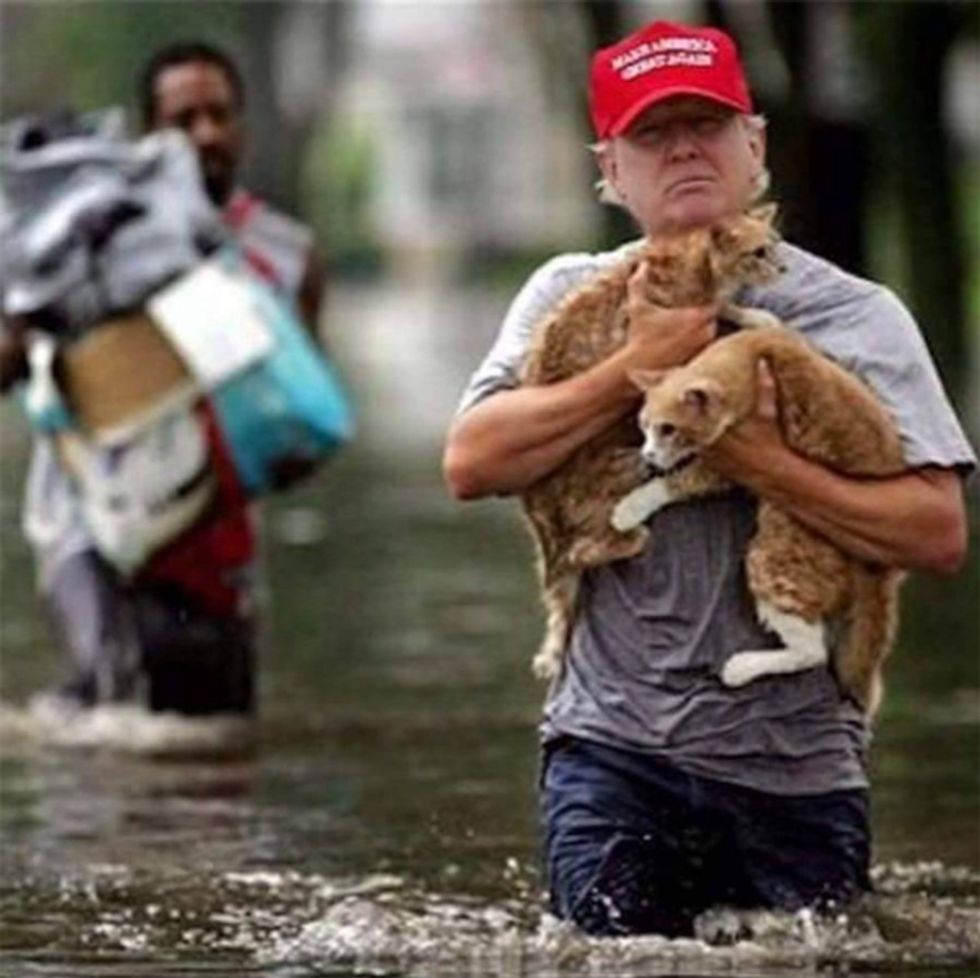 You can tell from some of the ketzels

The above photo, which has been going around the interwebs with the claim that Donald Trump helped rescue kittycats from flooding in Houston, is Photoshopped. Not only did Snopes.com locate the original photo, taken during Iowa flooding in 2008, but anyone with a lick of sense knows Donald Trump was baffled by the task of putting relief supplies in a pick-em-up truck, and would certainly never get his pants damp to help another living being unless perhaps there were a hell of a lot of money in it.