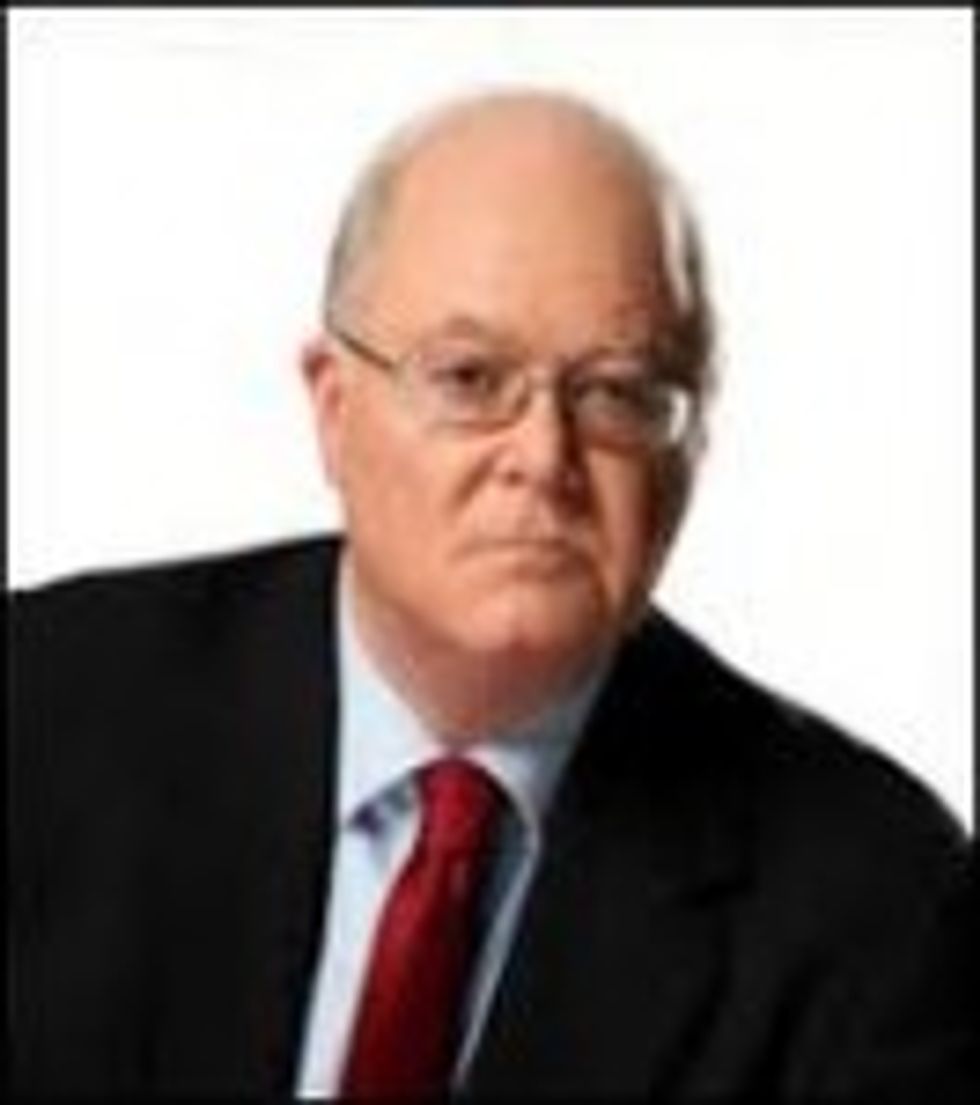 God blessBill Donohue, always striding forth and grandly opening his warbly old yap and letting the most insanely bigotty shit spill forth. Remember that time he was on Scarborough Country, going on and on about Hollywood and "the Jews" and then got a helpful assist from copanelist Jennifer Giroux who said, "I'm sorry but we cannot go back and make it that the Hawaiians killed Christ." Yeah, we do! So this time -- you may have heard? -- all the Mommy Blogs are warblogging with all the other Mommy Blogs, and Bill Donohue, head of the fringe rightwing group the Catholic League, twatted this: “Lesbian Dem Hilary Rosen tells Ann Romney she never worked a day in her life. Unlike Rosen, who had to adopt kids, Ann raised 5 of her own.” FUCK YOU, ADOPTIVE PARENTS! Bill Donohue has some thoughts on your abnormal life and ways!

This is apparently a Fringey Catholic thing now -- two weeks ago, an archdiocese high school presentation in Minnesota said sort of the same thing (plus added in that extra frisson of man-on-dog):

A priest and a volunteer couple presented the information. When someone asked a question about two men being able to have a quality, committed relationship, the couple compared their love to bestiality, Bliss said.

"Most people got really upset," said Bliss. "And comments about adopted kids, I found those to be really offensive. There were at least four kids there who are adopted."

Hannah, who is adopted, said one of the presenters said that adopted kids were "sociologically unstable." She called the comments "hurtful" and comparisons between gay love and bestiality upsetting.

So Catholics are against adoption now, apparently. Sorry, all you knocked-up Mississippi teens out there, guess you will just have to get your mandatory Girl Scout abortions now. Chop chop! [NewCivilRightsMovement]