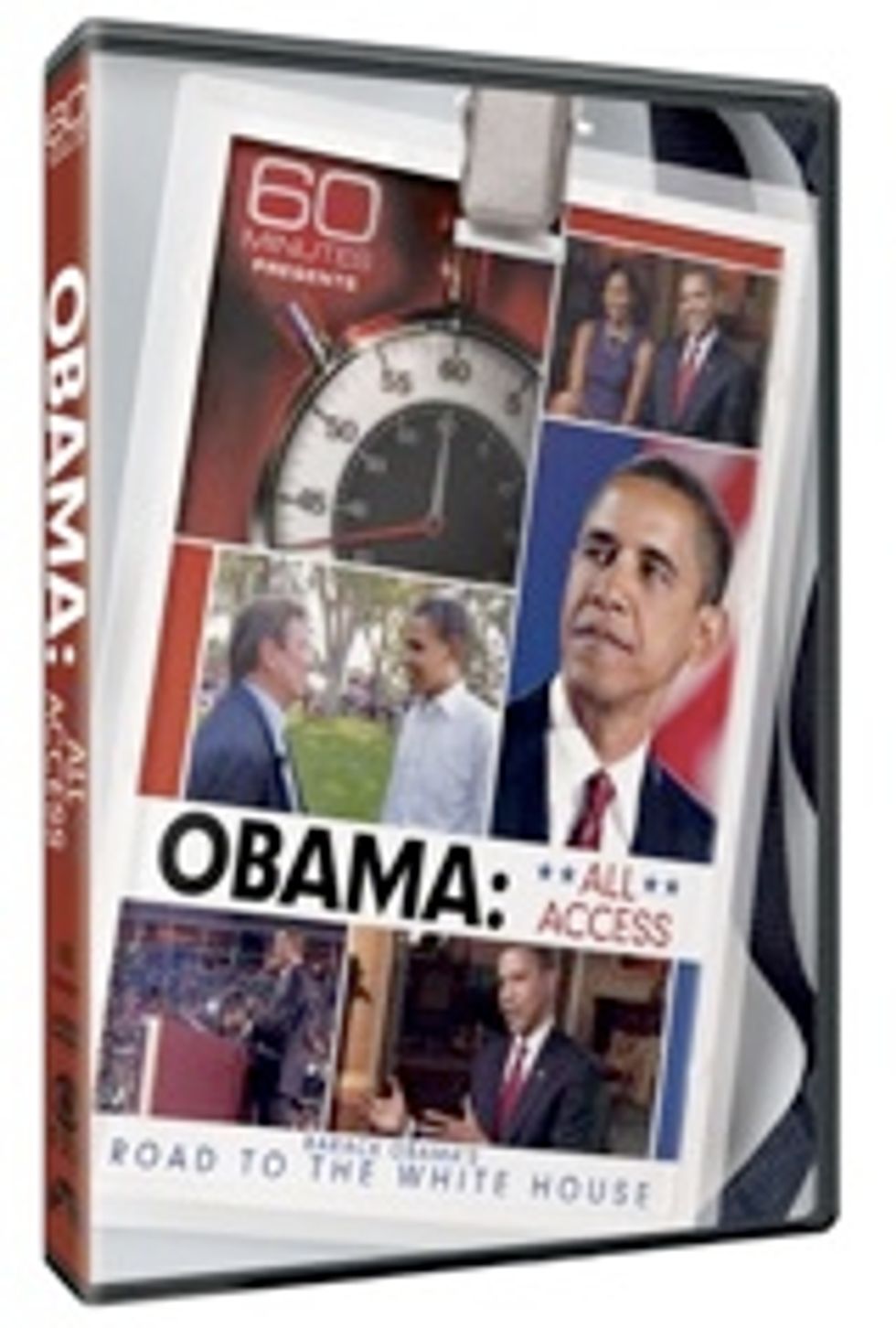 That CBS decided to call the DVDObama: All Access makes it pretty clear that this collection is not intended as a political souvenir for the policy nerds -- this is about celebrity. Barack and Michelle make very good celebrities, and the two years worth of 60 Minutes interviews included here are probably a large part of how a liberal young black guy won over America.

Your editor never saw these segments when they were broadcast. Your editor goes into an unpleasant rage when confronted with television, so he just avoids it -- unless there's important historical liveblogging to be done. Seen all together, these interviews go from charming to soppy to ultimately unbearable, but many millions of voters would probably enjoy the whole thing. This is Modern America, after all, and everyone of note must wring themselves out in front of a teevee camera, to prove they are "human," and 60 Minutes is probably a more dignified way to do this than, say, going on the Nancy Grace circus-freak program.

The good stuff, for the more serious political addict and Hopester, is the collection of major speeches during Obama's long road to the White House. All the big ones are here: the declaration of his candidacy, the Race speech in Philadelphia, the weird speech in Germany, the acceptance of the nomination, the Chicago victory speech on November 4, and his inaugural address.

Owing to your editor's curious profession, all of these speeches and events were seen, but just barely. Watching them now, four months (!) after Election Day, one after another, is pretty remarkable. The Denver speech in the football stadium, for example: That's the first time anybody from Wonkette has seen this on a video screen. It is, obviously, a dramatically different experience to see it on the teevee than to see it from the nosebleed seats of Invesco Field at Mile High or whatever they call Mile High Stadium nowadays. It was a teevee event, after all. Everything in America is a teevee event.