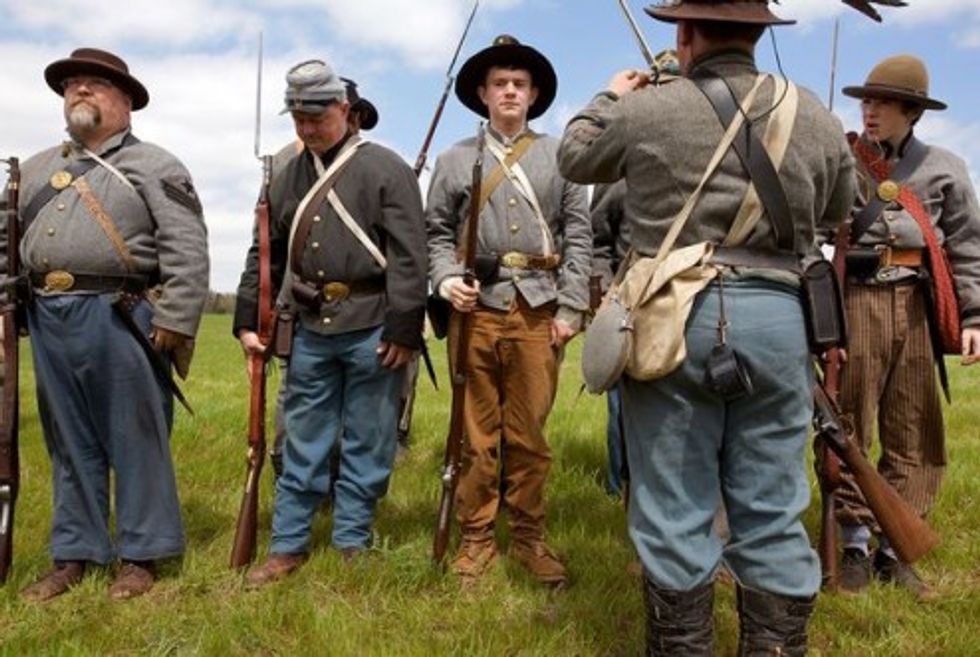 Oh, Obama. We tried so hard to keep your secret under wraps. We figured that no one would ever figure out how devious you were. We figured we could keep your real plan a riddle wrapped in a mystery inside an enigma all mixed together inside a delicious smoked brisket burrito. Sadly, we were wrong. Charles Krauthammer is just too gosh-darned perceptive and has seen through all our protective layers. Now the world will know that B. Barry Bamz is all about dividing, conquering, and stone coldcivil war starting:

“He’s been using this, and I must say with great skill–-and ruthless skill and success–-to fracture and basically shatter the Republican opposition… His objective from the very beginning was to break the will of the Republicans in the House, and to create an internal civil war. And he’s done that.”

Oh my god! Krauthammer knows how dastardly the democrats are! They're going to try to achieve their governance goals by getting votes from across the aisle. THE HORROR. That is totally like a civil war. It is worse than the actual factual Civil War even.  No one in history has ever done this before. Well, except for the Tax Reform Act of 1986, the Civil Rights Act of 1964, the 1997 Bipartisan Budget Agreement and pretty much EVERY LAW EVER. Tell us more about how eeeeevil Obama's plan is, Chuck:

Krauthammer said Obama has been pushing the GOP since winning reelection to focus on raising tax rates because he knew it would be a sore subject between differing factions of his Republican opposition, and his interest in scoring a partisan political victory outweighs his desire to seriously deal with the national debt.

So Obama has, post-election, been pushing the GOP to do what he said he'd do all along during the election. He's been pushing the GOP to do what a majority of Americans want. Doesn't he understand that being partisan is only OK when Republicans do it? Much like the fact that assertive women are ball-busters while assertive men are confident, assertive Republicans are standing up for freedom and assertive Democrats are wrecking the country with their partisan partisan-ness.

Let's not leave this little visit to FoxNews land without remarking upon some really epic concern trolling from Sean Hannity:

Hannity wondered if Obama was in more serious danger of tarnishing his legacy than the Republicans.

Your concern is noted and not even a little bit appreciated Mr. Hannity.