charlie crist florida jim morrison lives of the rich &amp; bored pt your ballroom days are over baby the doors 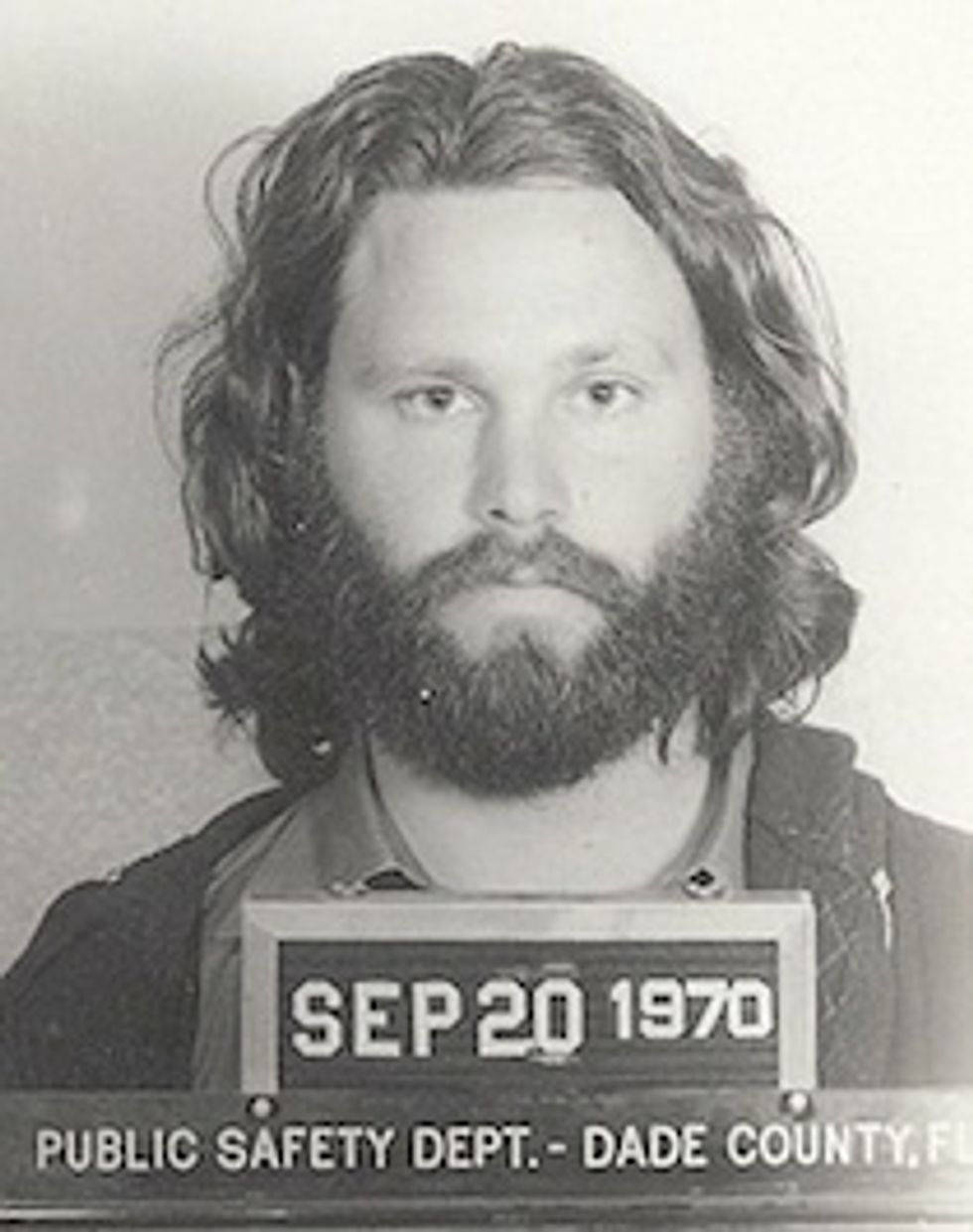 Governor-for-now Charlie Crist has basically just been sitting around wondering what he can still do with his Executive Power in Florida, now that his career in politics is probably over forever because he's not CRAZY enough to be a Republican, especially in Florida. (Jeb Bush wouldn't last 10 minutes in today's Florida, either.) So anyway, Charlie was just hanging out in his bachelor pad, sipping daiquiris and screwing around on the Internet with his iPod on shuffle, and all the sudden The Doors came on, some weird song or another.Ensenada! The dog crucifix!, whatever. And Charlie got to thinking, "Hell man poor old Jim Morrison sure got a raw deal with some right-wing uptight Florida court back when I was a kid just smokin' dope and doing fraternity sex rituals. Isn't he from Florida, too? Just imagine if he was still around FLA today, that would be the shit."

This stuck with Charlie for a while. One day he was driving around Palm Beach thinking, "Imagine if the caliber of celebrity in Florida was a little better than goddamned Burt Reynolds or Rush Limbaugh. Imagine if we had THE LIZARD KING, maybe with a themed bar on Key West, some kind of licensing deal with the University of Florida."

Then Charlie stopped for a drink at this little place he likes, just a place to hang with some other dudes, and after an hour or so he just felt so AWAKE and put the satellite radio on that "Deep Tracks" channel and the top was down and man sometimes you just got to drive ninety miles an hour with a piña colada in a go cup between your legs, with "Roadhouse Blues" banging out the speakers.

So he got dead old Jim Morrison pardoned -- officially, today! -- for the long-ago pretend crime of cops thinking Jim Morrison was rubbing his dick on stage, which is uncool, as every straight god-fearing commie-hating man in Florida knows the only time it's cool to stick your hand down your pants is every day, on the couch, while watching football games.