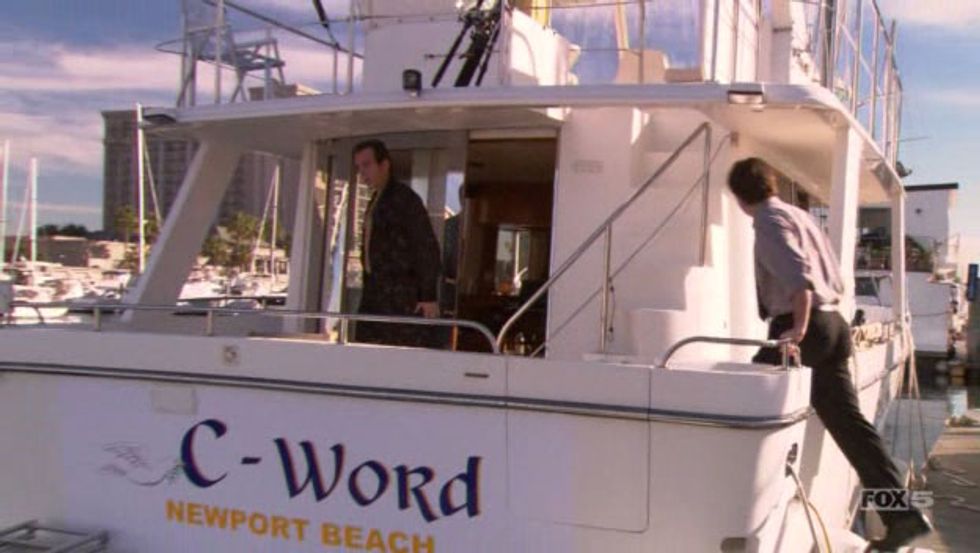 You guys, Cher said a cuss about Sarah Palin, and not just any cuss but the worstest most terrible cuss in the whole wide world unless you live in England where they call their moms that, and also the postman, and also, like, a cup of tea. They are all like, would you pass me that cunty cuppa, and yes I would like some cream. My point is, they do not seem to think it is the worstest most terrible cuss in the whole wide world, but here in the good old US Amercia, we surely do! And that is why some chick, whatever, is so, soooo, sooooooo mad at Cher for calling Sarah Palin a "cunt," except she did not actually say "cunt," she said "dumb c-word," because we are all children apparently.

Cher's current hit, "Woman's World," is her eighth song to hit number one on Billboard's Hot Dance Club Song list. A repeated lyric in the song is "This is a woman's world."

Instead of celebrating her hit the liberal feminist decided to tweet out a vitriolic and disgusting slang word toward Sarah Palin, the "C" word. The use of the "C" word is the lowest low anyone could use to describe a woman. Apparently in Cher's "Woman's World," it is appropriate to call a fellow female this disgusting and inappropriate term.

Do men fall on their fainting couches every time someone calls them a dick? Is a vagina a worse thing to have than a penis? THEN THEY ARE THE SAME INSULT. GET THE FUCK OVER IT. Women! Did someone call you a cunt? Stop weeping, and thinking it is the worst thing in the universe. You have one. Love it. Nurture it. Put some fucking glitter on that shit and get all Jennifer Love Hewitt up in there. (Also, STOP WAXING IT. Why would you repay a body part that's given you so much pleasure, with so much pain?) Men! Does a woman calling another woman a cunt make you want to pretend to be very, very angry at antifeminist acts of non-sisterhood? Shut your fucking dickholes, and let the women fight their own fucking battles, Sir Knightly Knight-Errant of the Hoboken Knights-Errant.

Also, in German, the worst name you can call a woman is "schlampe," which means a slobby woman, or a bad housekeeper. You want to insult someone, try that. Fuckin' OUCH.

We need a name for when people become temporary feminists every time Sarah Palin gets a mean word said at her. Doktor Zoom suggests "palio-feminists." Internet, make it happen.