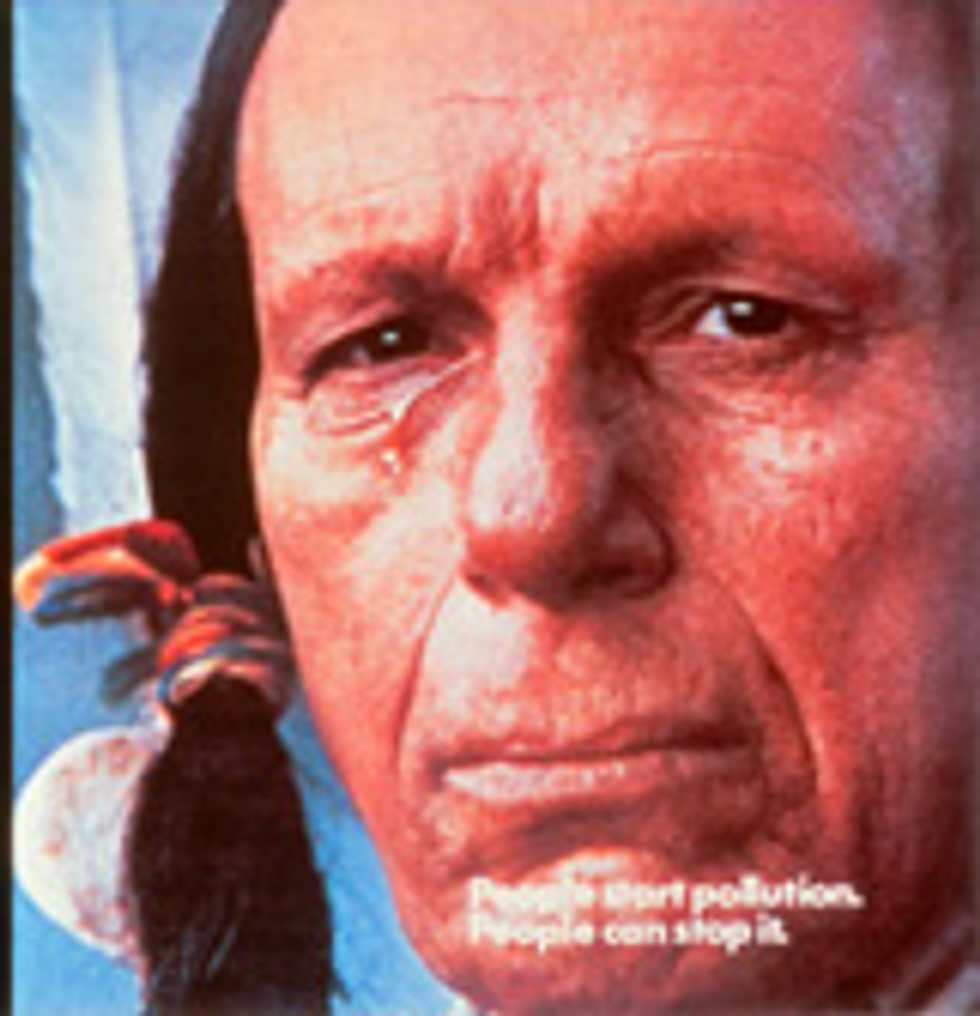 Hey, everybody, settle in and let's hear a story about the great American state of Oklahoma. See, once upon a time there were Native Americans living in the Southeastern United States, and they said, "Hey, these white people moving in have some good ideas about society, maybe let's live more like them!" And the white people were like "Ha, nice try, we'd actually prefer that you live more like us ... in Oklahoma, maybe? Don't worry, it's not too far to walk. Then like 70 years later they said, "Well, could we maybe have our own state at least?" And Teddy Roosevelt was like "Nah, man, you should, uh, have a state with the white people living next door to you, and increasingly right there on the land we promised that was yours, yeah, that'll work too." Then a lot of the Native Americans were like "Fuck this noise" and married white people and stopped participating in tribal political life and such. But their kids and grandkids remembered they were Native Americans! Even though they had a lot of white ancestors too! But there still are tribal governments in Oklahoma, and every once in a while one of their leaders has to say "OK, Massholes, can it with the casual racism, please."

Anyhoo, you might remember Scott Brown's tribe of staffers doing Native American-ish hooting to "psych themselves up" and also making fun of Elizabeth Warren for stating that some of her ancestors were Native Americans. They did this because they are jerks, and because the whole "ELIZABETH WARREN CLAIMED TO BE A CHEROKEE PRINCESS" deal has become a weird monomaniacal focus for their campaign. Anyway, Bill John Baker, an actual Native American Chief, has something to say on this point!

The Cherokee Nation is disappointed in and denounces the disrespectful actions of staffers and supporters of Massachusetts Sen. Scott Brown. The conduct of these individuals goes far beyond what is appropriate and proper in political discourse. The use of stereotypical "war whoop chants" and "tomahawk chops" are offensive and downright racist. It is those types of actions that perpetuate negative stereotypes and continue to minimize and degrade all native peoples.

Haha, nice try, Baker, except Scott Brown knows you're not a real Indian at all! Just as he pointed out at his debate with her that Elizabeth Warren totally looks like a white person, he can see your own white-lookingness with his own eyes. His staffers will just keep tomahawk choppin' away until a real Native American shows up to tell them to stop. He'll know one we he sees him, trust us. [National Journal/TPM]