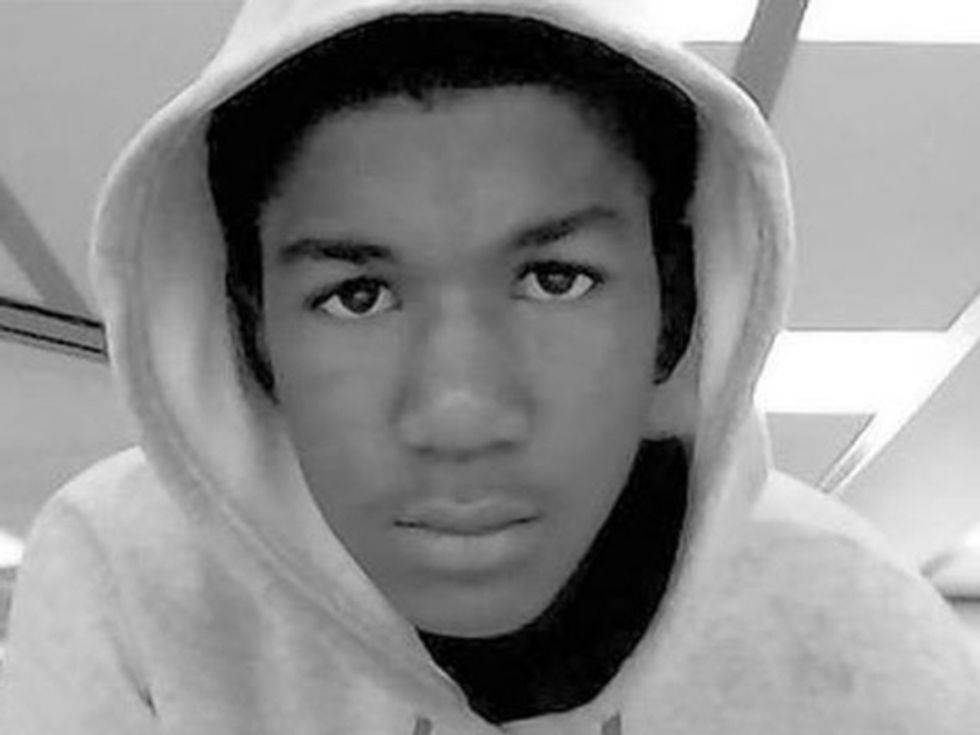 Aw, listen tohow sweet these Michigan junior high kids are, you guys. They wanted to hold a fundraiser for Travyon Martin's family:

[T]he students wanted to help Martin's family and asked the school's administrators if they could pay $1 each to wear hoodies instead of school uniform for a day, the [Southern Poverty Law Center] said. It said the school regularly has fundraisers in which students can "dress down."

So yeah, the literature teacher who encouraged them to ask has totally been fired.

[Superintendent Jacqueline] Cassell rejected the request and she suspended Harris for encouraging the students to make their request in person, the group said.

Anything else to add, Frau Cassell?

"I'm a child of the civil rights movement," Cassell said. But "this is not the time in the school year" to distract students from academics.

"In every situation, there are work rules," she said. "When rules are violated, there are consequences."

Harris then was fired for showing up at the school during her suspension, the group said. It said [totally fired literature teacher Brooke] Harris had gone to the school to drop off prizes for the students.

"I was told I was a bad teacher, that I was being unprofessional, that I'm being paid to teach, not to be an activist," [totally fired literature teacher Brooke] Harris told the Detroit Free Press. "When I tried to defend myself, it was construed as insubordination."

Totally fired literature teacher Brooke Harris is the worst kind of race hustler, obviously: THE KIND WHO DOES NOT UNDERSTAND THE CIVIL RIGHTS MOVEMENT. Could someone please give her some civics lessons on what is proper race-hustling, and when in the school year is the right time to ask to pay $1 to wear a hoodie? [AP]