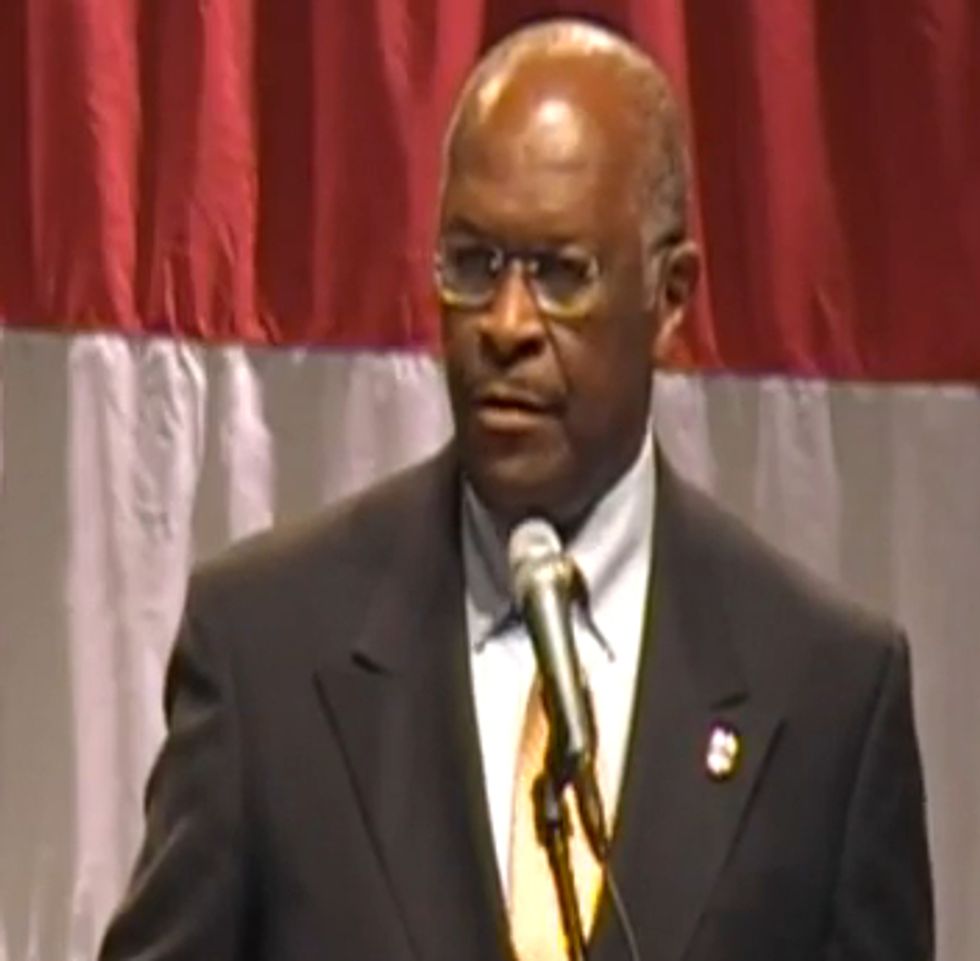 "We want a democracy, but we don't want the parliament to ever be able to meet or function," the Iraqis said. "We are risking our lives saying this, but some pizza guy named Herman Cain needs to know." [Slate]