Chris Christie Eated All The Snacks 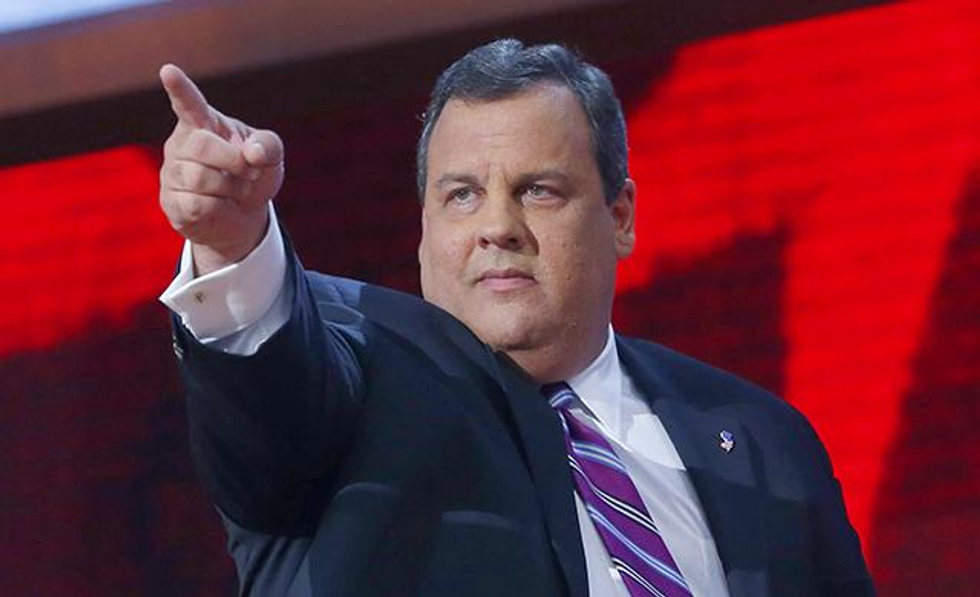 Chris Christie is your average, regular guy -- why, he's not even rich, only worth a mere $5 million or so -- who just happens to enjoy the perks and privileges that come with being governor of New Jersey. Like having a state police helicopter to haul his ass to his kid's baseball games, and then a car to further haul his ass 100 yards across the baseball field. Also? Snack foods. Lots of snack foods:

Christie’s most notable spending spree occurred during the 2010 and 2011 NFL football seasons at MetLife Stadium, where the New York’s Giants and Jets play their home games. New Jersey’s governor traditionally enjoys free use of luxury boxes for games and other events at the government-owned venue, but food and beverages cost extra.

On 58 occasions, Christie used a debit card to pay a total of $82,594 to Delaware North Sportservice, which operates the concessions at MetLife.

Is that a lot of money? It seems like a lot of money. More than the average American earns in a year. According to our iAbacus, the governor spent nearly $1500 every time he went to a football game, and sure, beers and hot dogs at concession stands are overpriced, but still, that seems like sort of a lot, doesn't it? Maybe he bought a round for everyone, every time? Did you hear anything about that? Because we did not. We did, however, hear about that time last year when Christie wanted to cut food stamps because that, unlike stuffing the governor's face at football games, is wasteful spending:

New Jersey stands to lose up to $310 million in federal funding due to the state’s slow performance in processing applications for food stamps, as well as Gov. Chris Christie’s veto of a measure that would continue combining home energy assistance with food stamp eligibility. [...]

The governor said at the time that he was vetoing this bill to keep New Jersey's low-income citizens from starving because it would have been illegal for him to do otherwise, which is why 10 other states continued to participate in the Heat and Eat program, and all of their governors are in jail right now, for illegally feeding the poor. Except not, obviously.

The governor's office has not released any receipts or details or the names of the guests he was doing official business with, in the luxury box at the stadium, to show how it is even possible to spend that kind of money at a football game. Or how he spent almost his entire governor allowance on food and booze:

Christie spent $360,000 from his state allowance during his five years in office. More than 80 percent of that money, or $300,000, was used to buy food, alcohol and desserts, according to a New Jersey Watchdog analysis of records released by the governor’s office.

But it's cool. The New Jersey Republican State Committee has since reimbursed the state for those embarrassing concession charges, not because it's illegal or anything to spend that kind of cash on sportsball snacks, but because it's just, like, embarrassing and has the appearance of impropriety. And besides, according to Christie's press secretary Kevin Roberts, the governor is allowed to spend his allowance on official bidness events, and says "[t]he official nature and business purpose of the event remains the case regardless of whether the event is at the State House, Drumthwacket or a sporting venue.” So there. But, just the same, Christie isn't charging the state anymore. Just to be safe.

Of course, what Christie and New Jersey Republicans should be embarrassed about is the state's abysmal administration of its Supplemental Nutrition Assistance Program. Second to last in the nation, huzzah. But at least the governor's covered. He's got a six-figure allowance to make sure he doesn't go hungry. That's the norm for a regular average guy, isn't it?