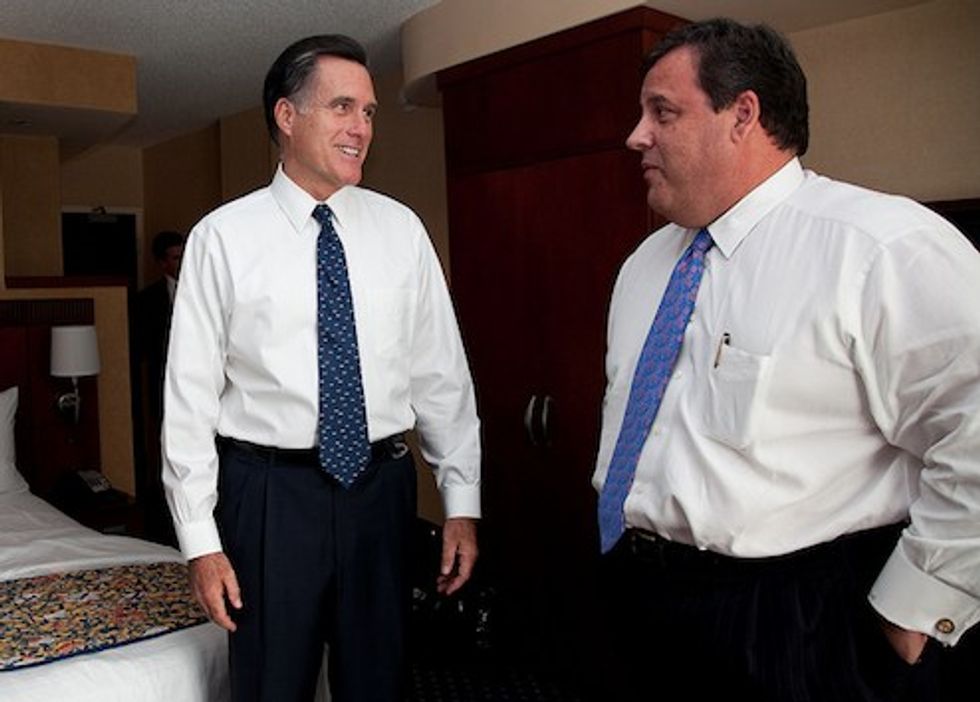 What a thoroughly entertaining news cycle we have been treated to lately! It has been all about two things that combined form one of the most powerful sedatives in history: Mitt Romney and tax returns. Mittens continues to not yet release his tax returns out of a tight-lipped genteel horror at everyone knowing exactly how many times over his quarterly investment returns outstrip their lifetime earnings, which of course only makes America that much more hungry to get its hands on it. Chris Christie is now the latest Republican telling Mitt Romney to be a big boy, end the suspense and just release the returns already. Because even then, Christie helpfully points out, so what if Mitt Romney's tax rate is a paltry 15%? Dude's unemployed, cut him a break.

“I don’t think it comes as any great shock because the guy hasn’t been having a job where he’s been getting income over the last number of years,” [Christie] said.

Oh that's right, Mittens has lots of that awesome kind of money that makes itself, even while he's sleeping. Mitt Romney could barely have reminded everyone of this so awkwardly himself! Good jerb, Lieutenant Christie, you're learning. [Politico]