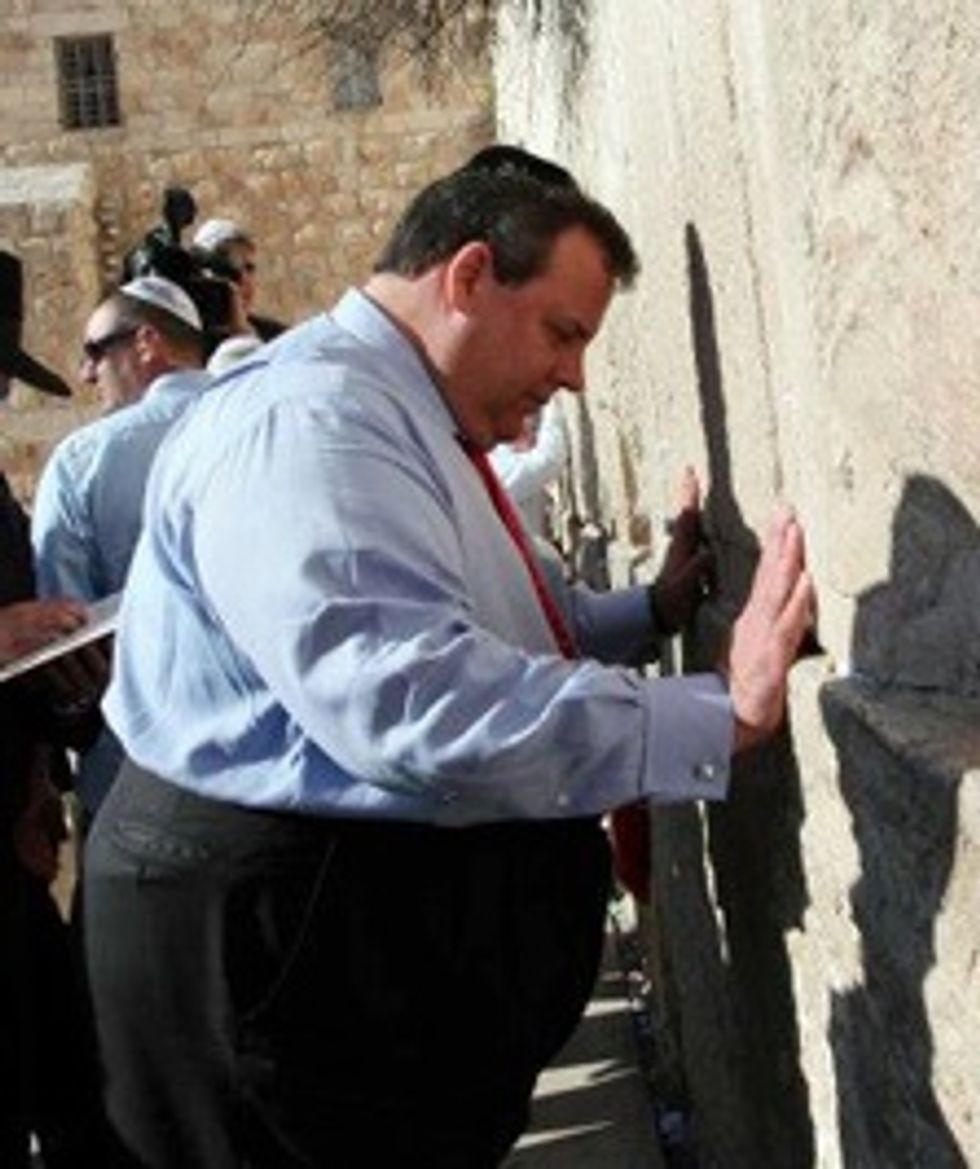 The rightful good Governor Sandwiches of New Jersey, after weeks of speculation about whether he would veto a bill setting up Obamacare health exchanges in his state,has obviously done that. Now hundreds of thousands of people in New Jersey, lest the feddy gov step in, will have to continue receiving health care by their traditional method of rubbing grease on their bums and doing heroin. What else was Christie to do, though? The Obamacare legal atmosphere is too uncertain to be... doin' stuff... also *cough cough* vice president *cough* *vomit*.

"While I appreciate the Legislature's attempt to find steady policy footing in these shifting legal sands, I am concerned that a hastily created exchange in New Jersey will impose unnecessary obligations upon the state's citizens,'' according to the governor's veto statement released today.

"I believe the better course of action for New Jersey is to continue to monitor the ever-changing landscape surrounding the implementation of the Affordable Care Act, and to refrain from imposing its mandates upon our citizens until outstanding issues are settled and the required course if action is clear,'' according to the statement.

So it's a timing issue? Then he'll surely put them in place immediately after the court makes its decision, if that decision is to uphold. But then vice presidents aren't be picked until late August, so... well, more shifty sands, there. (Of course, to never set up the exchanges means that the federal government will do it instead and we can't imagine many Republican governors want that, what with the lack of sovereignty. But try explaining that to their bases, who don't listen to human words.)

Christie has already taken preliminary steps to form an exchanges by successfully applying for $8.7 million in planning and research grants from the Obama administration. It is unclear what will happen to that money.

Oh, just examine the revenues at central-Jersey Sizzler restaurants over the past couple of months, you should find it there.