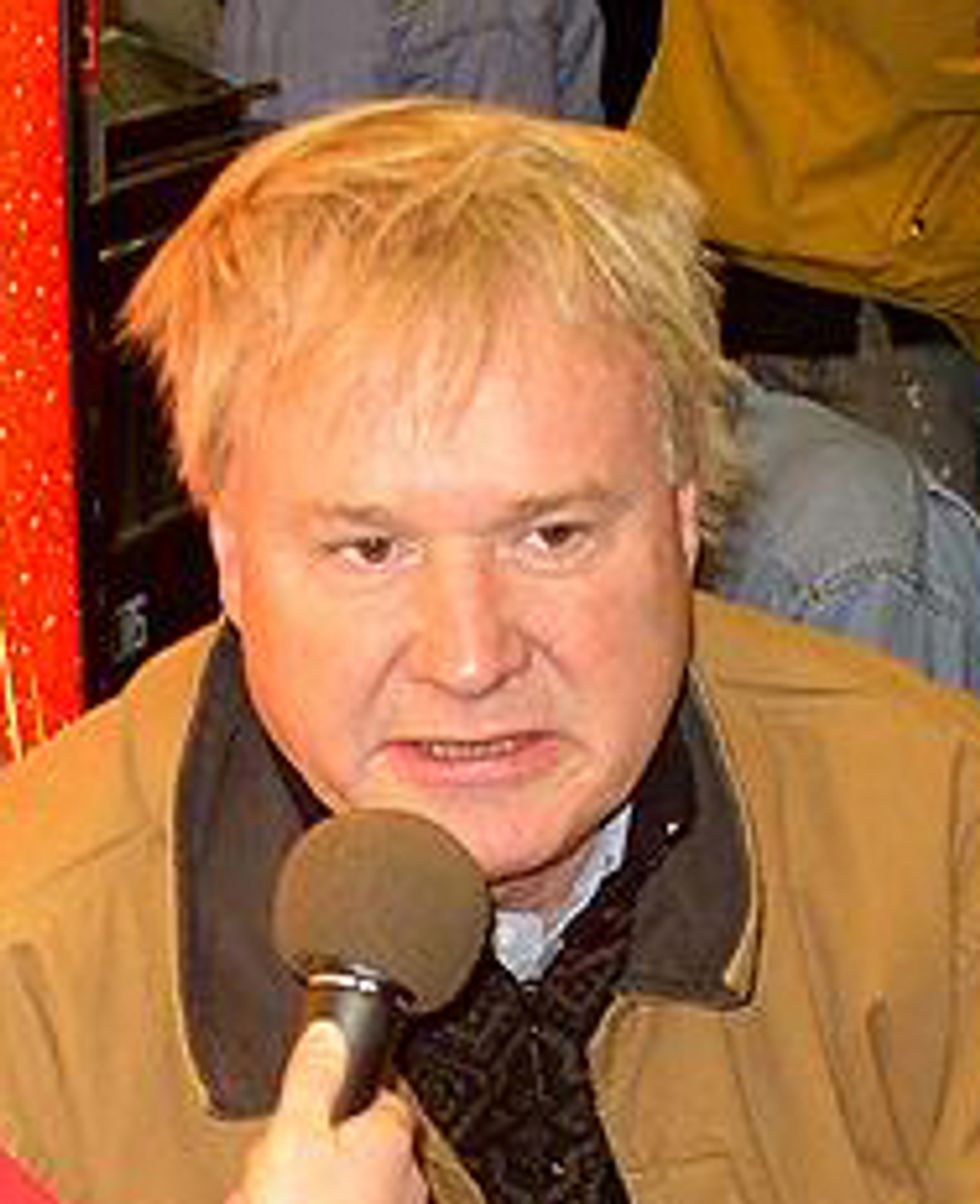 Chris Matthews is such a patriot for making America laugh last night before the speech from Bobby Jindal, his Enemy. After ranting about how much he hates Jindal earlier in the night, he "whispered" a comically audible"oh god" as Jindal was walking towards his podium. Chris Matthews is famous for coming from working-class Pennsylvania, so the best rationale for his hatred is probably nativism, especially towards Indians, who sneak into the country to steal medical doctor jobs from the poorest Americans. Nevertheless, Matthews plans to address the "slip" on Hardball tonight (or is it already on? We don't watch cable news), and an NBC spokesman has offered a quick preview. His explanation centers on some stupid, nonsensical slavery jokes we made last night while mindlessly liveblogging -- but he is serious!

I was taken aback by that peculiar stagecraft, the walking from somewhere in the back of this narrow hall, this winding staircase looming there, the odd anti-bellum [sic] look of the scene. Was this some mimicking of a president walking along the state floor to the East Room?

"Anti-bellum" -- he hates the Civil War!

But really, if we're reading this correctly, he was offended by the casual imagery of a southern Plantation Manor and its would-be master mimicking a black president, which was apparently such a RACIST PLOY on Jindal's behalf that Matthews had to blurt out his frustration.