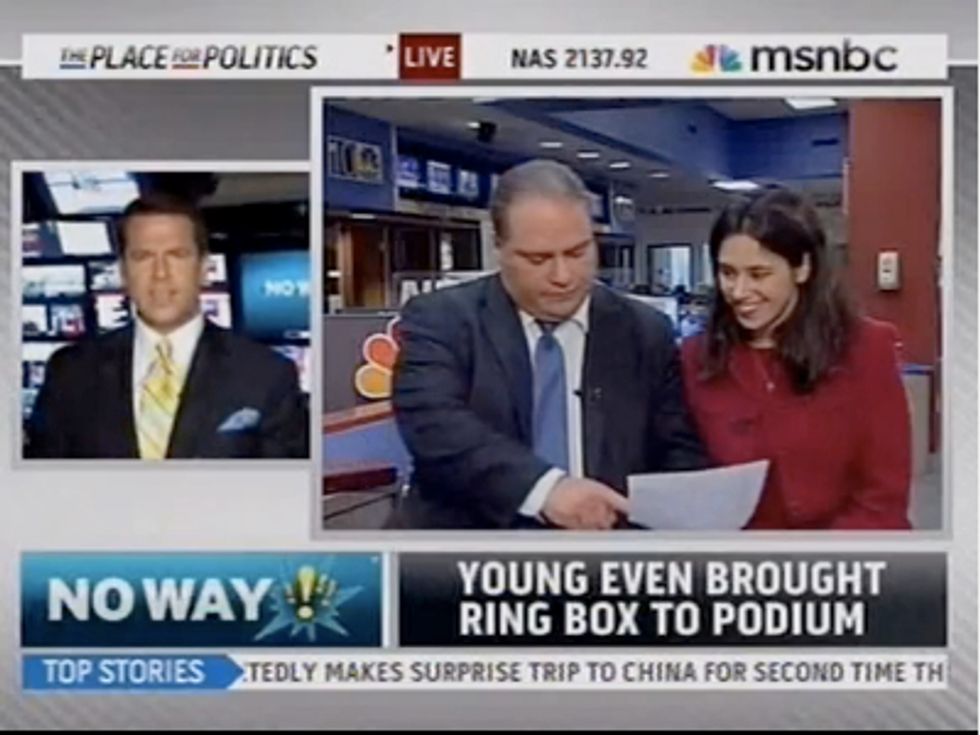 Chris Young is a crazy singing Jesus guy who is running for mayor of Providence, Rhode Island and made a gimmicky "marriage proposal" in a debate the other day, aswe wrote about yesterday. MSNBC thought this marriage proposal was cute and decided it would make a cute morning interview, but apparently they have not watched the other videos of this guy, so the interview just got weird as Young tried to stick in all his crazy Jesus arguments and made his fiancée read off his list of "talking points" after she messed one of them up.