Christopher Columbus Was A Dick 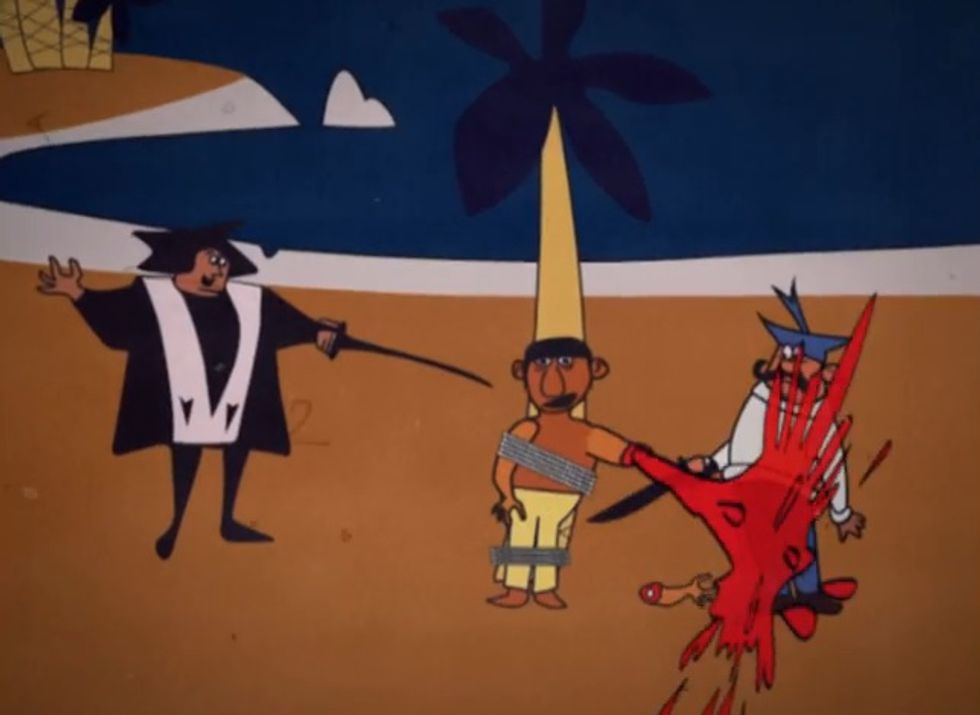 [As you know, it is Wonkette tradition to bring you Wonkette classics from the old-timey before days, because they are still frickin' awesome. To celebrate America's greatest American, Christopher Columbus, aka That Dick, let us enjoy, again, some classic Columbus Day Wonkette, courtesy of Ken Layne. Please also to enjoy above John Oliver's question, what we brung you in 2014, about how the EFF this is still a thing. -- Kaili]

One thousand years ago today -- or Monday, the 12th -- a terrible slave-trading murderer/imbecile who did not even know how to spell his own name, which is Latin for "asshole," landed at the "Sandals" resort in Puerto Rico or some such Caribbean island and thought he was in Bangalore. What an idiot!

There is no political news today and the Capitol is vacant and even The Capitolist is quiet all because Cristóbal Colón basically did not know math and mistakenly went to the Bahamas because the Islamofascists had cut off the road to India, where Europe outsourced all the white people's jobs. (Previously, Genghis Khan was a NAFTA signatory so it was all fine, until the Muslims!)

Seriously, Columbus was A Idiot. To his death, he was convinced the mountains of Cuba were the fucking Himalayas. George W. Bush is smart compared to Christopher Columbus, that's how stupid Columbus was.

So on his third journey to the "Wrong India" he set up a death camp for all the "Indians" who were actually Carib tribespeople known for their colorful reggae hats and "ganja." He killed all of those people and also many Spaniards, who finally overthrew his cruel regime and sent his ass back to Spain, where he became a total Jesus Freak and spent the rest of his life bumming people out, the end.

To this day, hippies have protests against "Killumbus" landing in the Bahamas 515 years ago, because marching around with signs is a very effective form of going back in time and killing Columbus.