Chuck Grassley Says It's Wrong To Deny Judicial Nominees A Hearing, Why Do You Ask? 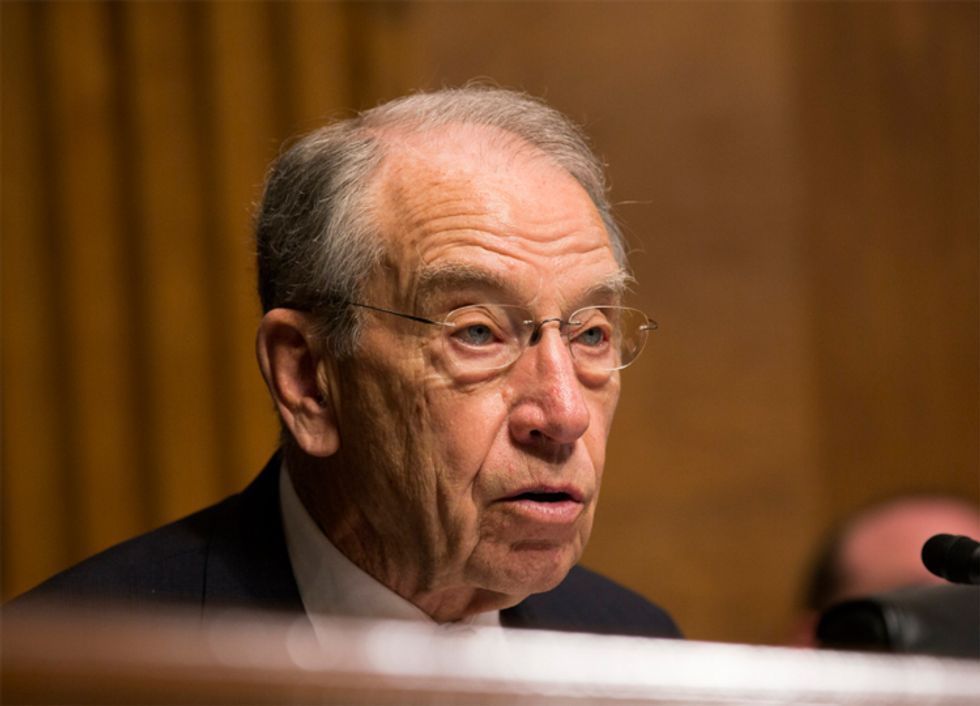 Truly a matter of principle, at least now.

Chuck Grassley takes his duties as chair of the Senate Judiciary Committe very seriously, which is why he is putting an end to the century-old tradition of "blue slips" for federal judicial nominees; in the past, a senator from the home state where a new federal judge would serve would have to sign off on the nominee before he (or even she!) got a hearing, giving senators a measure of input over who'd be administering federal law in their states. Grassley is so over blue slips:

The Iowa Republican announced Thursday that he is going ahead with a confirmation hearing for a nominee to the powerful appellate courts despite the objections of a Democrat who had been blocking the nomination for months.

Democrats obstructing Donald Trump's judicial nominees? Now there's an idea we can get behind.

The nomination of David Stras to be federal district court judge for Minnesota had been blocked by Al Franken because Franken objected to Stras being chosen by the rightwing Federalist Society instead of by a committee of members of the Minnesota legal community. Plus, Stras is a loon who once complained that the Supreme Court had meddled in all sorts of matters it shouldn't have, "contentious areas of social policy — such as school integration, abortion, and homosexual rights." You know how contentious the integration is, you know. But damned if Chuck Grassley will allow a president's judicial nominees to be held up purely for political reasons:

And somewhere in the distance, Neil Gorsuch barked.

Yr Wonkette is supported by reader donations. Please click here to help us buy yet another replacement irony meter