Cindy McCain Criticizes Husband On Gay Stuff Or Whatever 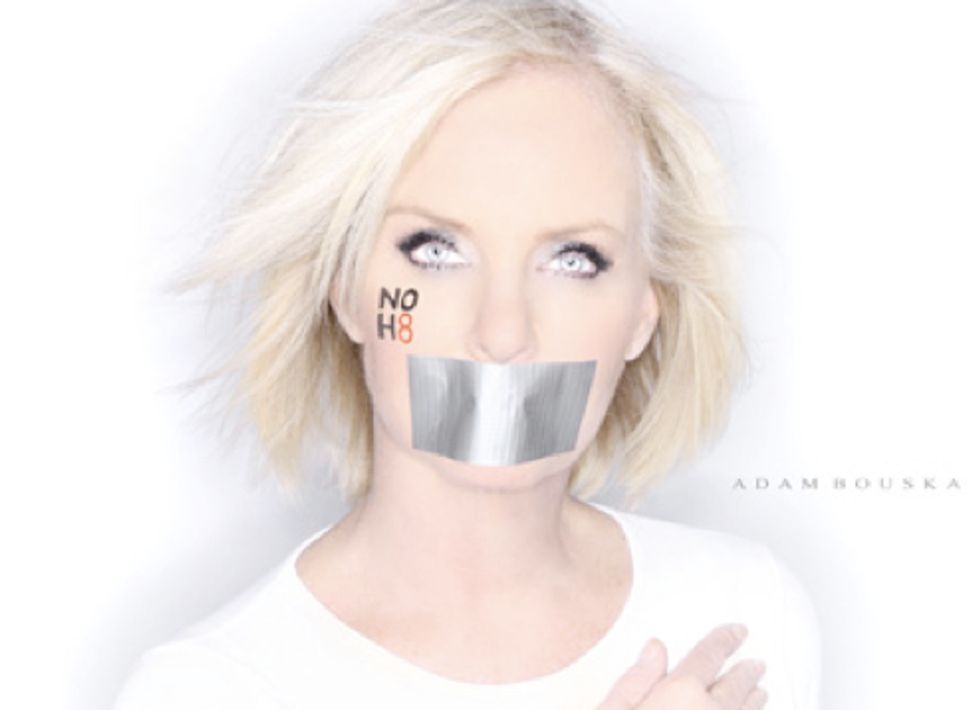 Cindy McCain was allowed to be part of the NOH8 campaign because she was sort of part of the 2008 election, we guess, the election in which Proposition 8 was passed. So she thinks gays should have some rights or whatever, even if her husband doesn't because he will say anything to stay in the Senate forever. And now she isin some sort of Web video about this? Which implicitly says her husband IS MAKING GAY KIDS KILL THEMSELVES? Politics news.

Yes, there are a bunch of celebrities saying this speech, and they put in all the government parts from Cindy's take, because she is tangentially related to the government.

So to sum things up: Cindy McCain is still in favor of gay rights and still looks pretty scary.