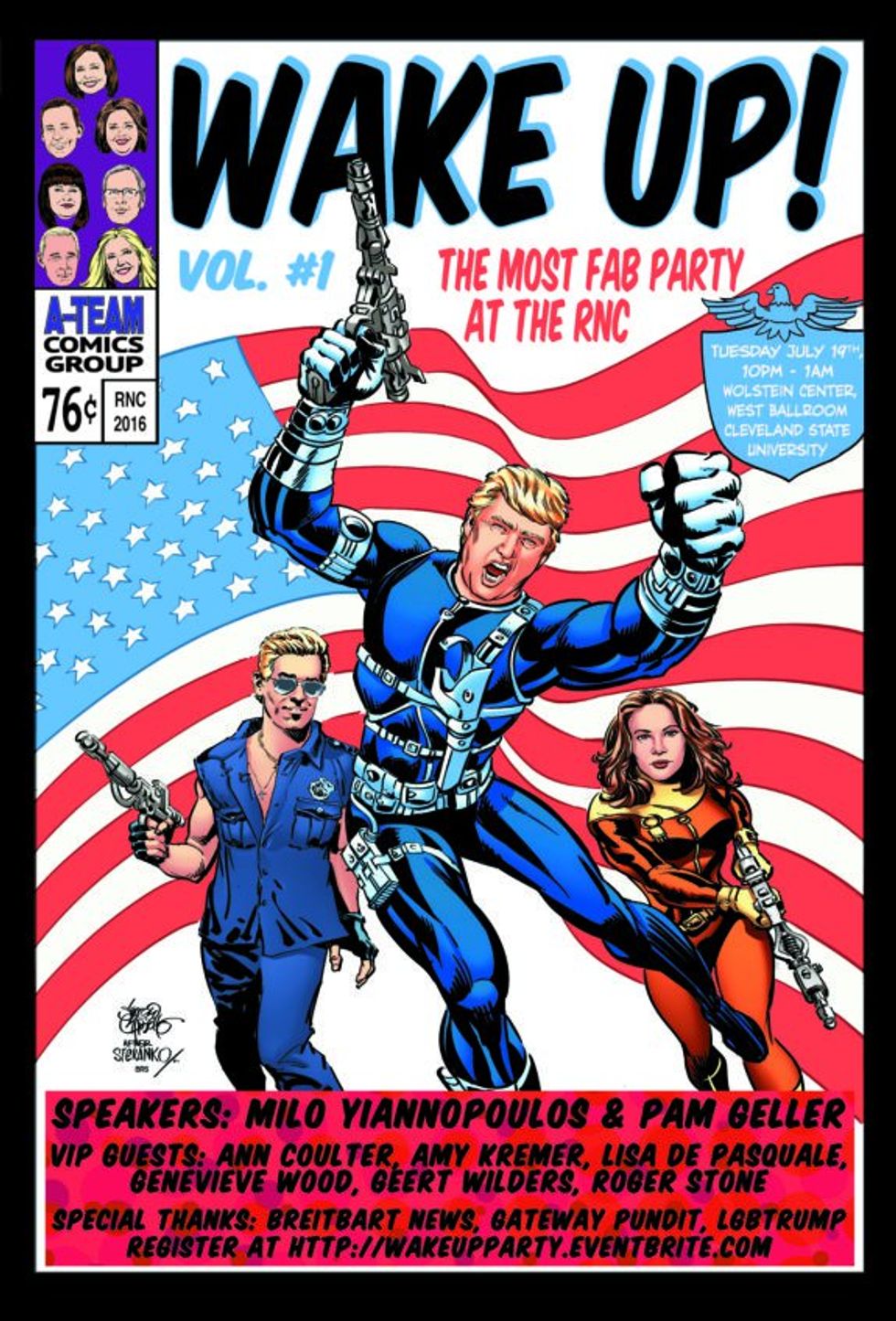 Dead Breitbart's fabulous Trumpkin poster child for lady hating, Milo Yiannopoulos, will be using Cleveland to gather a cadre of D-List Bond villains to remind the world that they're here, they're queer, and they have enough white power to get rid of all the spooky Muslims. If you thought Milo's college tour was a shit-show, gurl, you ain't seen nothin' yet!

In an attempt to further distance themselves from reality, Milo & Friends have cobbled together a who's-who of Muzzie-hatin' freedom patriots to talk about how many Muslims can fit in a gas chamber, and how much freedom they're all going to cum during Trump's accession next week. They've got fading attention whore Anne Coulter, Nixonian ratfuck Roger Stone, Islamophobic whackjob Pamela Geller, Tea Party wingnut Amy Kremer, and the Netherlands' own bootleg Donald Trump, Geert Wilders. Afterwards, they'll embrace their inner James Saint James and have a dance party, complete with a local DJ, and a Tumpkin Instagram celebrity who likes to take selfies with his dick in a MAGA hat. FABULOUS!

They're calling their xenophobic fuck-fest "WAKE UP," because sheeple are everywhere, just like the terrorists! They're so super serious that they are even sending out a press release!

“Radical Islam is the number one gay rights issue in the world, and Donald Trump is the only candidate taking this threat seriously. LGBT Americans need to wake up — this election isn’t about bathrooms or who will bake our wedding cakes. This election is about life or death. It’s about confronting an ideology that seeks to exterminate LGBT people across the globe.”

The thing is being sponsored by Breitbart, Gateway Pundit, and LGBTrump, a Facebook group that likes to stoke the fears of the LGBT community by forgetting that their party platform actually hates them about as much as it hates the icky mud people, while also glossing over the fact that one of their speakers thinks gays can fuck all they want, just not get homo-married. They're billing it as "the most fab party at the RNC," and that's probably true since all the other cool Republicans have decided to run the fuck away from the inevitable riot.