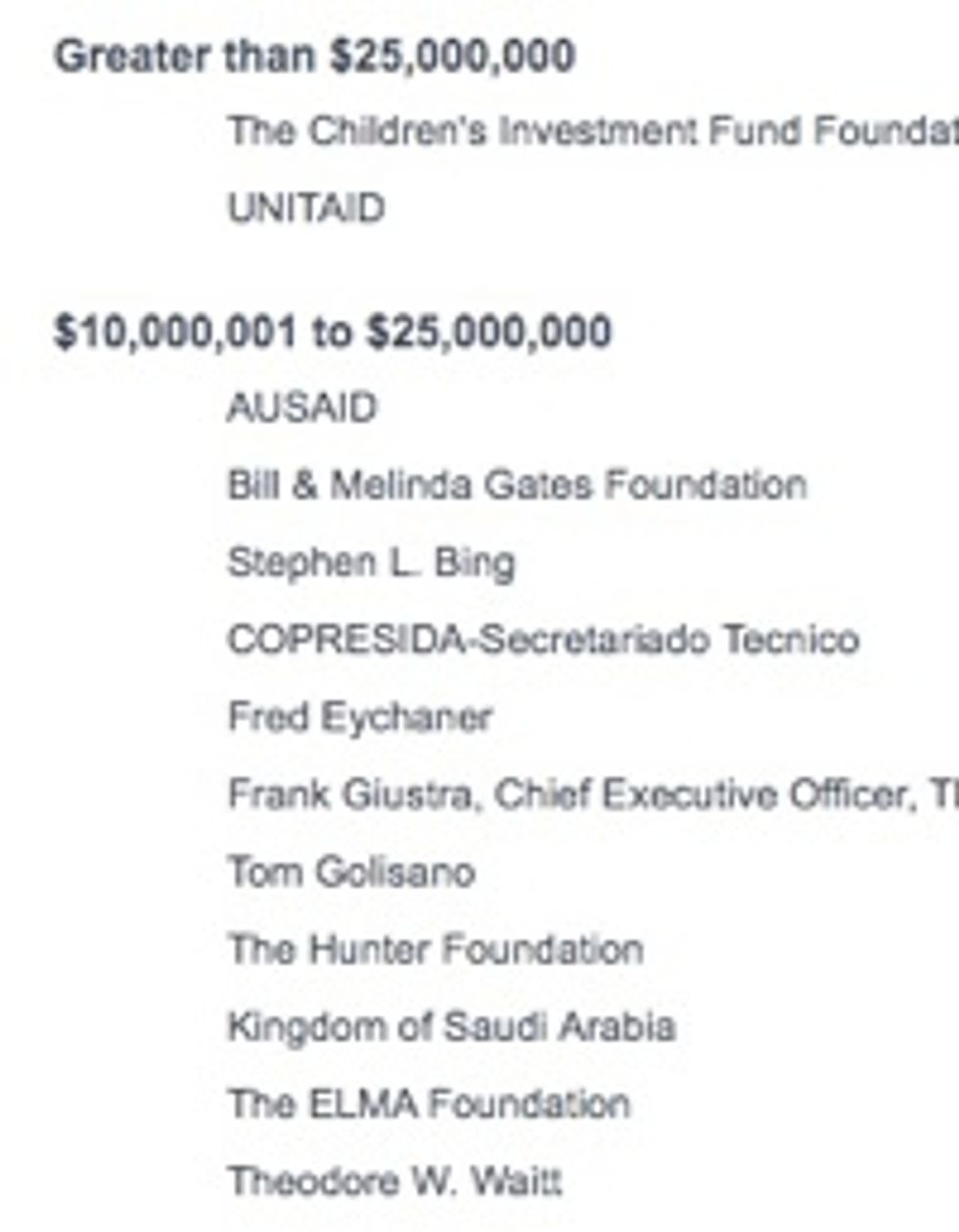 Approximately 1400 million years ago in the Paleozoic era, when Hillary Clinton was running for President instead of Secretary of State, she was asked repeatedly if the Clinton Foundation would release its donor list. She always said, "Well, you'll have to talk to my husband about that," which was liberal doublespeak for "Fuck no." Now after repeated threats from the Chicago mobster Barack Obama, the Foundation hasreleased its donor list, which is over TWO THOUSAND NINE HUNDRED PAGES LONG. (Maybe that is why the Web page takes so frigging long to load?) Let's see how many foreign governments were extorted by Bill Clinton to buy him blow jobs on Ron Burkle's jet!

Saudi Arabia ... the Cheneyite breakaway republic of Blackwater ... also the notorious rogue nations of Norway, Italy, and Jamaica ... plus the Dutch national lottery. This explains why Bill Clinton is always talking, in Dutch, about how a lottery "isn't really gambling."

Conspicuously absent from the donor list is the manufacturer of Truck Nutz -- a travesty that will not soon be forgotten by the American people.

Anyhow, when Laura Bush runs for President in a few years and her husband has to reveal the list of donors to his Presidential "Library," the list will be exactly the same because everybody is corrupt, ha ha.