CNN Shows How Hard It Is For Wisconsin Poors To Sign Up For Obamacare, 'Forgets' To Mention Scott Walker's Medicaid Cuts 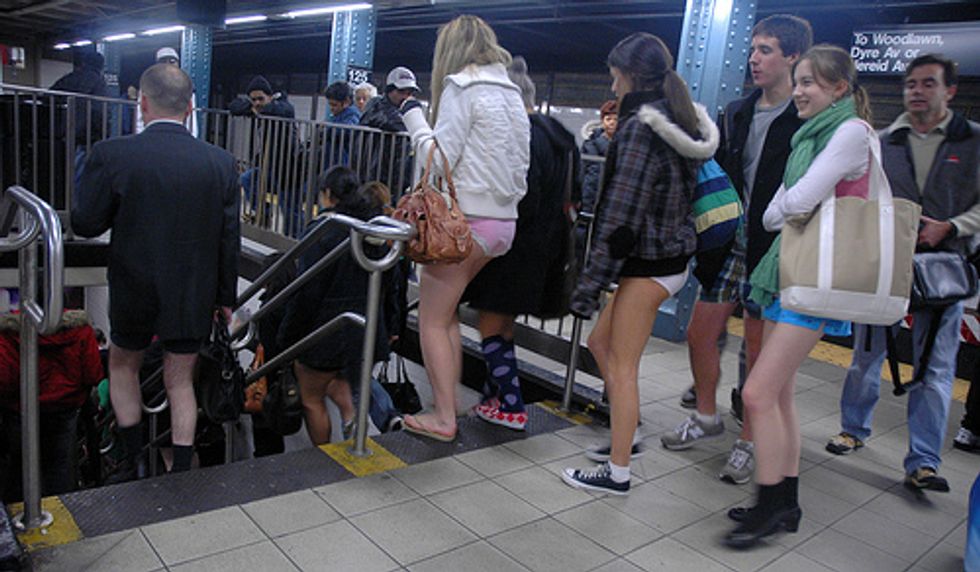 In our Professional Journamalism Files today, a tale of Best Editorial Practices, as turned up by Tommy Christopher atMediaite. On Thursday, CNN ran a story about a clinic in Wisconsin where the poors are having a heck of a hard time getting enrolled in the Affordable Care Act. Over a chyron reading "Clinic has zero Obamacare Sign-Ups," Wolf Blitzer solemnly introduced the shocking story of how staff at community clinics haven't signed up a single person, mostly due to problems with the Healthcare.gov website. The CNN story, reported by Drew Griffin, leaves out just one teensy detail: Not only did Wisconsin Gov. Scott Walker refuse to accept Obamacare's expansion of Medicaid, which is already cutting the number of uninsured in other states, he actually pushed through changes in the state's Medicaid alternative, Badgercare, that will lead to 92,000 low-income residents losing their coverage on January 1st. You'd think CNN might have mentioned it, since, as Christopher reports, one of Griffin's sources discussed the Badgercare cuts with him in some detail. Funny how that didn't get mentioned in a story about how some folks were having a hard time getting signed up for Obamacare, eh?

Under Walker’s plan, Badgercare eligibility has been set at 100% of the federal poverty line for all adults, which means that tens of thousands of Wisconsinites are being thrown off of Medicaid, while hundreds of thousands are being denied Medicaid eligibility under the Obamacare expansion.

Sure, the Healthcare.gov glitches are a hot story right now, but since "almost all of the patients referenced in this report should have been eligible for Medicaid," you'd think that might make it into the story. Oh, but it gets worse: It doesn't appear to have been an oversight, but outright selective reporting by Drew Griffin:

Griffin apparently did ask the right questions, and chose not to report the answers. Progressive Community Health Centers CEO Jenni Sevenich, one of the sources cited in the report, says she did discuss the Medicaid issues with Griffin, but they were not included in the report. “We did discuss that with them,” Sevenich said, “but they didn’t put that part in the segment.”

And in fact, because the new Badgercare rules expanded eligibility for a small portion of the population, Griffin reported on the 150 or so folks that Sevenich signed up at her clinic. Missing from the report was any mention of the roughly 200 people that would have qualified if Walker had accepted Medicaid expansion, not to mention those who will now be thrown off Badgercare under the new restrictive guidelines. Some will qualify for subsidized insurance under the ACA; a lot will just fall into the gaps.

On the other hand, CNN sure did a bang-up job of showing those error messages on the healthcare.gov site, which is certainly proof that Obama's poor HTML skillz are the source of all the problems the poors are having with healthcare.