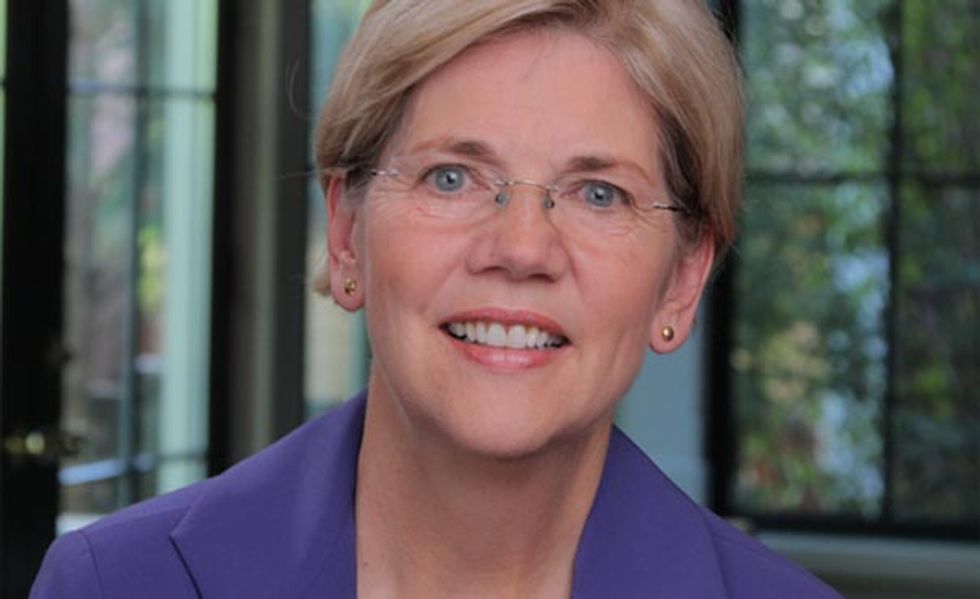 Scott Brown just sent out an email about you -- and it's not very nice.

The Senator isn't being a good sport about being outraised two-to-one in the last fundraising quarter. As you can read below, he's labeling our supporters "insiders, celebrities, elites, occupiers, leftists" -- and then makes some ridiculous excuses about why Elizabeth's grassroots support is so strong.

Blah blah blah send us moar munneez, et cetera and forever. But what DID Scott Brown say about you? Let us find out now, by reading the email the Warren camp forwarded, for lo, we are dying to know!

I want you to know exactly what we are up against:

Thanks to you and thousands of others, our campaign raised $3.4 million in the last quarter, but Professor Elizabeth Warren raised twice that amount: $6.9 million. How in the world could she raise so much?

She is a far-left ideologue and her liberal friends from across the country are helping her: She has the Harry Reid Democrats, the Hollywood Crowd, the Far Left Juggernaut, the Occupy Wall Street Bunch, and the Massachusetts Machine raising money hand-over-clenched fist.

This is the #1 Senate race in the country and our rival will have virtually unlimited money to burn. You have been a terrific supporter, but I wanted you to know what we are facing.

Warren's fundraising is breaking every record!

Will you help me again?

Your online contribution will help stop Professor Warren's election to the U.S. Senate.

WE MUST WIN . . . if she wins, she will take her place among the most ardent leftist ideologues in the United States Senate.

Warren will raise taxes. I won't.

Warren is soft on illegal immigration. I'm not.

Warren wants to go even further than Obamacare. I want it repealed.

This is why Washington insiders, celebrities, elites, occupiers and leftists are pouring money into their attack campaign against me, and why I need your generous help again, right now, whether it's for $25, $50, $100 or some other amount, to fight back hard and win.

Hahaha, what a sadsack! "Send me money I am so much worse at this than Elizabeth Warren is, with her record setting and historicalness." You can practically hear the Charlie Brown Sad Song as he trudges along with his head hilariously down. (Also? Elizabeth Warren is a monster with the Presbyterian mother -- we assume? -- guilt, and Scott Brown will probably punch something, sulk awhile, and then go upstairs and get a sweater, just like she said.) We would have forwarded the shit out of that too! Oh look we just did!