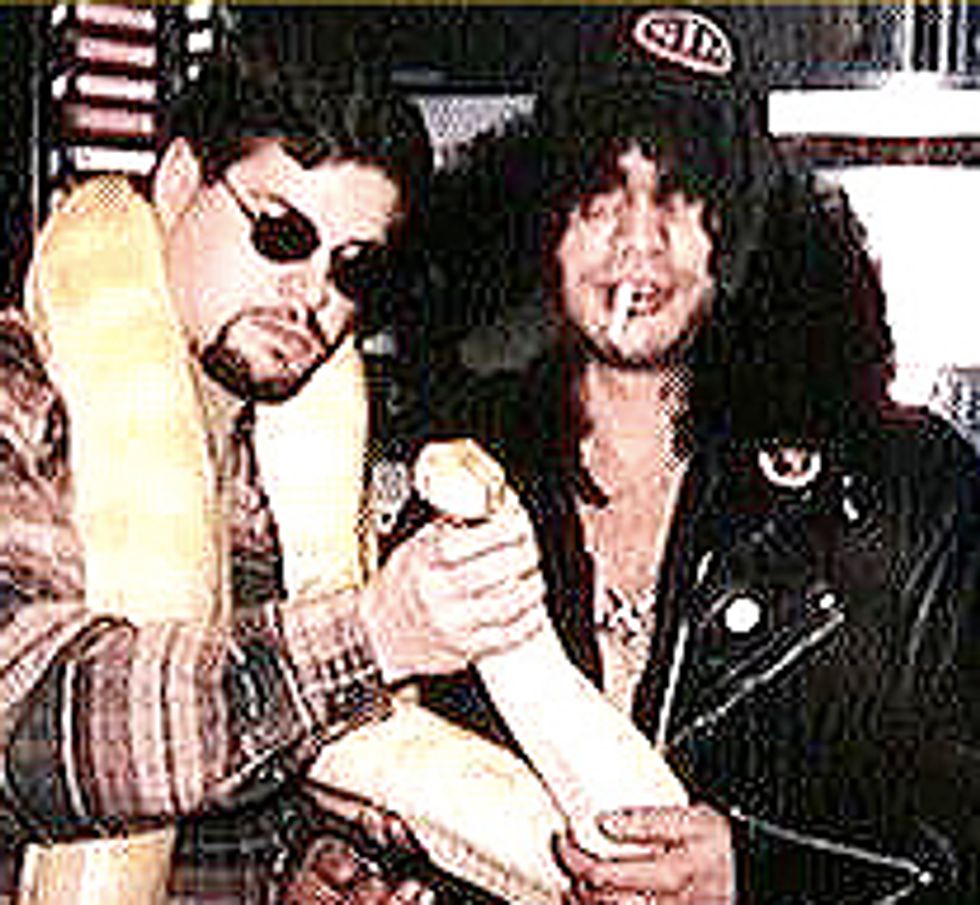 A right-wing radio loudmouth in Chicago named "Erich 'Mancow' Muller" (hey Chicago readers: explain) thought that the "waterboarding is torture" argument was just a bunch of MoveOn.org poppycock and, as manydrink-soaked former Trotskyite popinjays have done before him, submitted himself to the process to prove it -- and this time, live on his show. Ha ha ha. Whoops!

With a Chicago Fire Department paramedic on hand, Mancow was placed on a 7-foot long table, his legs were elevated, and his feet were tied up.

Turns out the stunt wasn't so funny. Witnesses said Muller thrashed on the table, and even instantly threw the toy cow he was holding as his emergency tool to signify when he wanted the experiment to stop. He only lasted 6 or 7 seconds.

"It is way worse than I thought it would be, and that's no joke,"Mancow said, likening it to a time when he nearly drowned as a child. "It is such an odd feeling to have water poured down your nose with your head back...It was instantaneous...and I don't want to say this: absolutely torture."

WRONG ANSWER, do it again and again and again until he confesses that it's "absolutely an Enhanced Interrogation Technique" and that he knows Saddam Hussein and Osama bin Laden who are best friends with bombs.