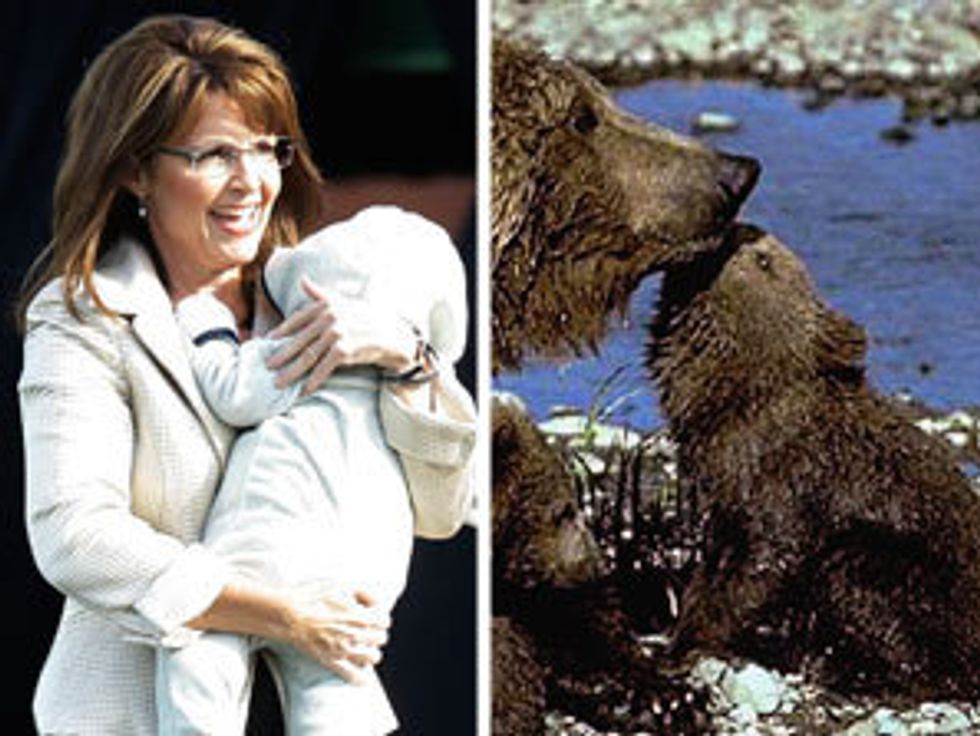 Sarah Palin has won victory inher epic war against a random college student who guessed her high school was "Wasilla" and thus gained access to her Yahoo! e-mail. Sure, this really had no effect on the 2008 campaign except to confirm this woman used a Yahoo! account, either sinisterly or stupidly, to conduct state business. But because this guy posted photos of a few of her e-mails on 4chan, and Sarah Palin put a stupid password hint on her account that any toddler could easily figure out, he is now going to prison for a year. This is what happens when you find and allow the world to make fun of Sarah Palin's poor use of the English language in the dumb private messages she sends out.

U.S. District Judge Thomas W. Phillips also said David Kernell, 22, should get mental health treatment, based on defense comments Friday that he has had conditions including depression since he was 11. [...]

"I am not going to make any kind of excuses," he said. "I'd like to apologize to the Palin family."

Oh, buck up. You didn't violate Sarah Palin's "privacy." That's a thing that doesn't exist for that family except when Palin decides she should whine about it to show her followers much of a "liberal media victim" she is.

And Team Sarah, with the inevitable response: