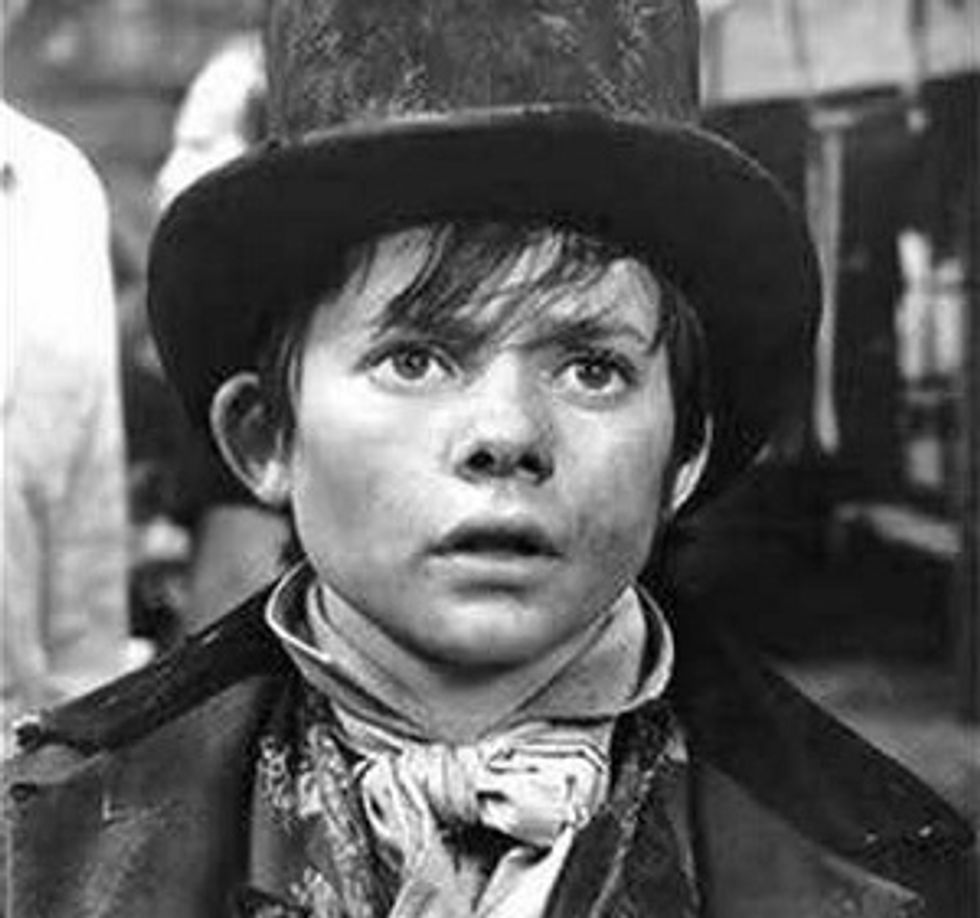 A former principal at a Lafayette, Colorado, charter school says she was fired for interfering with a perfectly reasonable procedure for identifying kids whose lunch accounts no longer had any money in them -- the cafeteria workers would stamp their hands so that everyone could see. The policy was also applied to kids who qualified for free lunches, because it's important to shame children whenever possible. This is America, after all.

Noelle Roni said that the board of Peak to Peak School fired her two months ago in retaliation for demanding that the practice stop:

“As soon as I saw it happening, I was like, ‘No, this is not OK,'” she told the Daily Camera. “The students felt so humiliated, like they had done something wrong. They didn't want to go into the lunchroom any more. It's unethical and disrespectful.”

Haha, respect for irresponsible poor children in a charter school? Where do you think you are, lady, the People's Republic of Massachusetts? Besides, anyone knows that the proper way to stigmatize poor kids is to pin a cloth "P" to their chest, preferably made from burlap.

Roni had been the principal of the school for eight years, but was canned on Nov. 1 without any explanation, and without a public vote by the school's board, which her attorney claims violated the school's bylaws. As a result of the firing, parents launched a recall election against two board members; voting in the recall will close January 15. Aren't small-town politics a beautiful thing?

A memo from Roni's attorney said she discovered in September that it was standard practice for cafeteria workers to stamp kids' hands in the lunch line if their accounts ran out of funds; she asked the food services manager to stop it, but it continued. When Roni met with the manager and others in the school, including the school's executive director, Kelly Reeser, to insist that the practice be ended, the food service manager resigned, because obviously it was a brilliant idea that should not have been interrupted.

Roni also met with a grandmother who said that her grandchildren qualified for free lunches, but instead got their hands stamped and were given cheese sandwiches because there was no money in their account -- which they didn't need, but come on, a rule is a rule, right?

Roni's firing apparently came after she refused Reeser's demand that she "accept responsibility" for the resignation of the food services manager; when she refused, Reeser put a disciplinary letter on Roni's permanent record to make it clear that she did not work well with others.

Reeser used this incident and my stance against it as an example of my being unprofessional and insubordinate, which eventually led to me being terminated,” Roni said Sunday. “You put kids first. That's more important than whether I'm going to get along with my co-worker.”

So yeah, it also sounds like school lunches weren't the only element in this staffing kerfuffle. The public schools in Boulder County used to follow a similar practice, stamping hands and giving only a cheese sandwich to kids whose accounts ran low, but stopped it several years ago; charter schools are free to set their own procedures. But the important thing is that it's very important to have a visible mark when a kid's parents are irresponsible, because shame always produced more docile, cooperative children. If you don't pay your rent in this country, you get evicted, and second or third grade seems like just about the right time to start letting kids know that there's no free ride.