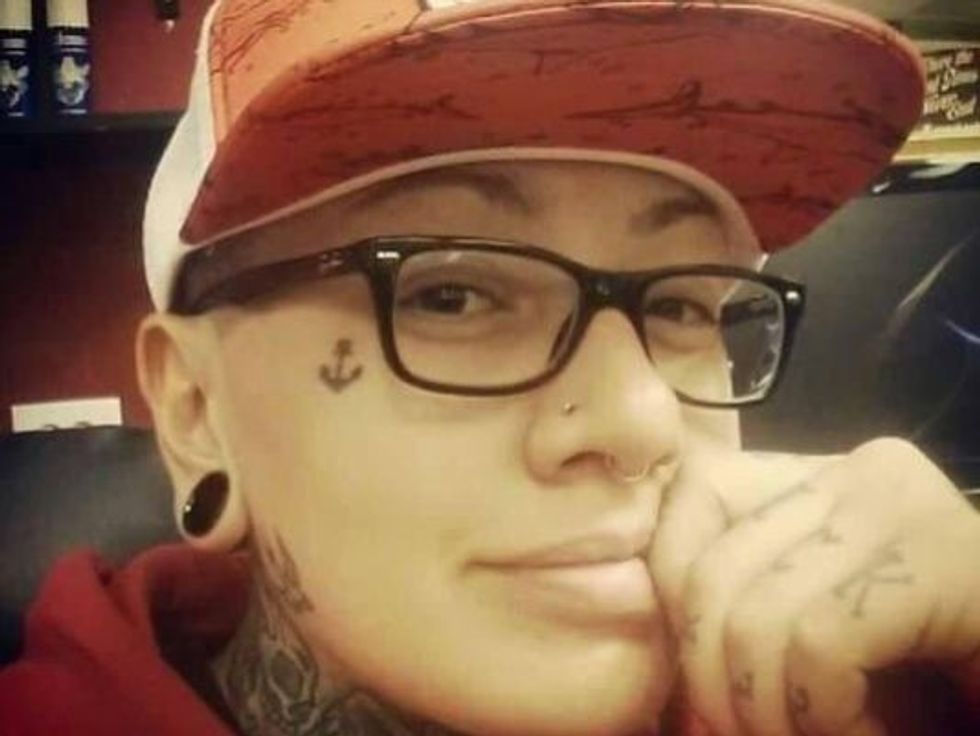 Get ready to hear from the Oppressed Christian Brigade again. Not only are family-corrupting gay people demanding marriage equality, now they want funeral equality too! In Lakewood, Colorado, New Hope Ministries was all set to perform a funeral Saturday for Vanessa Collier, who died in December. But the church cancelled the service 15 minutes after it was scheduled to begin, because the church objected to a memorial video that included several photos of Collier proposing to her wife, Christina Higley, with gross lady kissing that would make Jesus sad:

The church refused to hold the funeral in its building unless the photos were removed. And the family instead decided to move the service elsewhere.

“They said that they didn’t agree with her alternative lifestyle,” Dawnnetta Pierce-Fernandez, Collier’s friend of 15 years told The Washington Post. “They gave the family the option to edit the video and the family decided that they were not going to allow Vanessa’s life to be edited.”

Still, it sounds like they managed to find a pretty dignified alternative:

After the past-the-last-minute change of venue, the ceremony was presided over by chaplain Gary Rolando, who was also enlisted after New Hope Pastor Ray Chavez bowed out. Rolando explained that New Hope Ministry is generally OK with gay people, but not so OK with gay people that they could countenance photos of ladies kissing on each other like normal people, which was just too much for Chavez:

According to Rolando, the dispute was over about “3 or 4″ photos, of Collier displaying affection to her wife. The church, he said, was willing to allow photos of Collier’s marriage proposal to be shown.

“They only ask that the policy be followed and that they not be overtly affectionate in the way of kissing,” Rolando said.

For what it's worth, Rolando says that Chavez has lost sleep over the difficult decision to call off the funeral and is very "sorrowful" over the whole situation. "He’s really struggling because he really desired to minister to that family,” Rolando said. Just as long as they didn't call too much attention to the exact nature of the family, which really grosses Jesus and/or Pastor Chavez out.

On Tuesday, about 70 of Collier's friends and family held a "Dignity In Death" protest outside New Hope Ministries. Collier's family has not received an apology or a refund from New Hope yet.

The sudden cancellation seems to have resulted from a mix-up in delivery of the video file from the mortuary to the church:

It was just 20 minutes before the service when the church discovered that the video included those pictures. The mortuary delivered the pictures to the church later than usual and then the church misplaced one of the discs, Rolando said.

ABC reports that the family had delivered the video to the mortuary two days in advance, so really, this is all just a sad misunderstanding. If things had gone the way they should have, Rev. Chavez could have rejected the sinful dead lady with more advance notice, and everything would have been just fine.