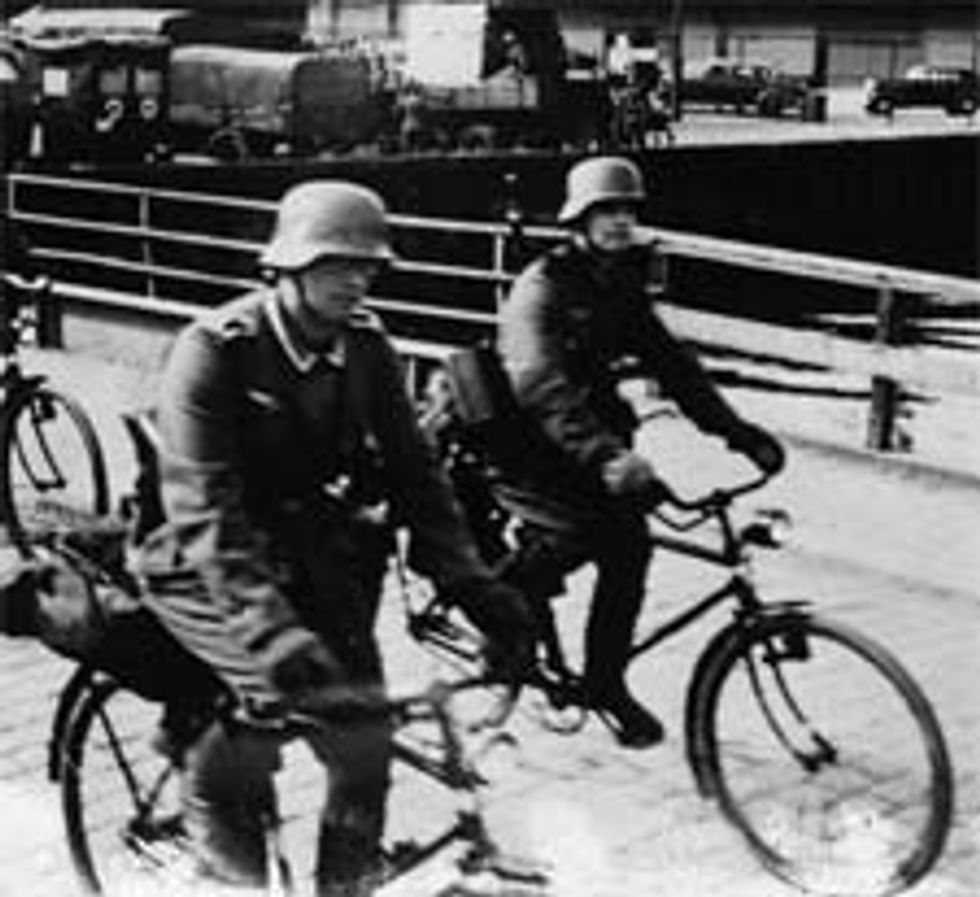 Dan Maes is in a tough spot! He's running for the Republican gubernatorial nomination in Colorado against aknown plagiarist, and if he wins the primary he'll just have to take on Tom Tancredo and the awesomely named "Denver Mayor John Hickenlooper." How do you set yourself apart in that sort of field? Hmm, "Declare that bike-sharing programs are part of a United Nations takeover plot"? Sure, that'll do!

Dan Maes is pulling ahead in the polling for the primary, now that it has been revealed that his opponent plagiarizes all the time! He is the "Tea Party" favorite in this race, which means that obviously he is a lunatic. He gave a speech in which he said that Hickenlooper was "converting Denver into a United Nations community" and that "this is all very well-disguised, but it will be exposed." Later, a reporter asked him to clarify this paranoid nonsense:

Maes said in a later interview that he once thought the mayor's efforts to promote cycling and other environmental initiatives were harmless and well-meaning. Now he realizes "that's exactly the attitude they want you to have."

"This is bigger than it looks like on the surface, and it could threaten our personal freedoms," Maes said.

"These aren't just warm, fuzzy ideas from the mayor. These are very specific strategies that are dictated to us by this United Nations program that mayors have signed on to."

"This United Nations program" is, apparently, the International Council for Local Environmental Initiatives, a group that was started at some United Nations conference in 1990 and now helps "share best practices" about progressive urban governance -- encouraging bicycling use, improving transit, rounding up gun owners and evangelicals and putting them into camps, that sort of thing. Fortunately, once Maes is governor, every single bicycle lane in Denver will be eliminated to accommodate the coming wave of wider SUVs, and transit pass holders will be given dune buggies.

If you need further proof that bicycling is a straight shot to international communism, check out which well-known pair of Marxists have been biking together and holding hands constantly! [Denver Post]