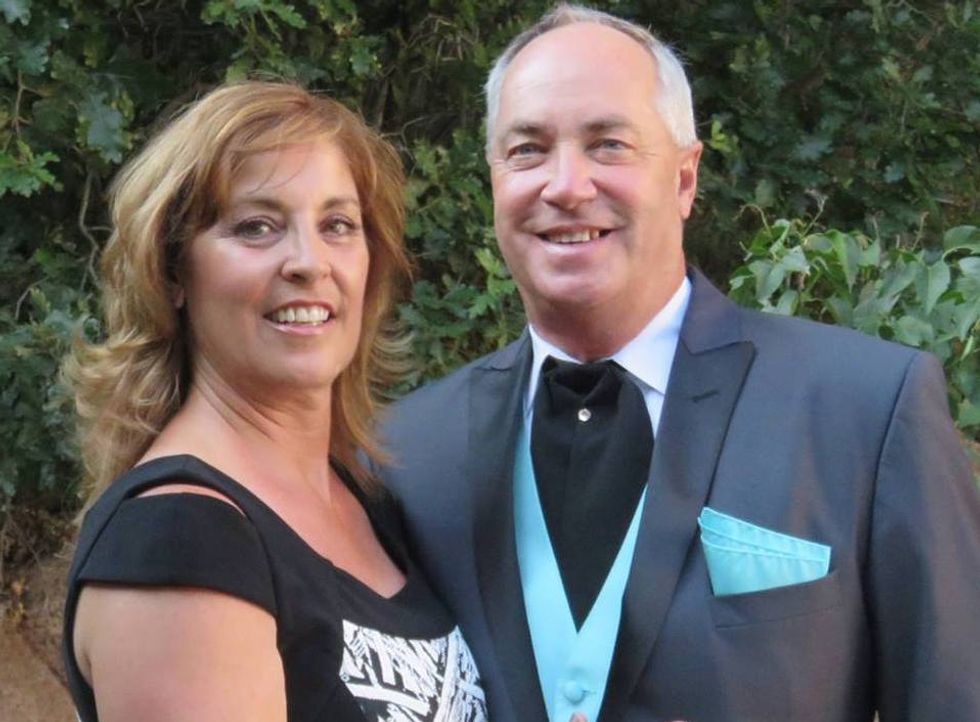 Last week, an obviously racist meme appeared -- AS IF BY MAGIC -- on the personal Facebook page of one Linda Storm Sorenson, chairwoman of the Delta County Republican Central Committee in Colorado. Said meme featured a still from the terrible movie "Bedtime for Bonzo" in which terrible actor Ronald Reagan feeds a chimp from a baby bottle, with the accompanying text “I’ll be damned … Reagan used to babysit Obama.”

When approached about the meme by Jason Salzman, who broke the story on his site, Bigmedia.org, Sorenson took responsibility for the meme and insisted it was a hilarious joke, noting “I really don’t care if people are offended by it ... Un-friend me. Stop looking at me on Facebook.” Which really does prove that Republicans are bad at both common decency and being funny.

However! Her colleagues on the committee have a different theory about how the meme got there altogether: HACKERS. Probably hackers from Media Matters! Because definitely not-racist person Linda Sorenson would never post something so obviously racist! They were more than happy to explain this to The Daily Sentinel:

“This whole thing is a hoax. Someone got into the Facebook somehow,” said Vic Ullrey, vice chairman of the committee. “It was hacked and somebody got into it, definitely.”

When asked why Sorenson was the specific target of the alleged hacking — possibly a federal crime, if true — Ullrey said, “I have no idea,” later adding, “Just to damage the Republican Party, no doubt. … Just to make us look bad,”

Sue Whittlesey, DCRCC treasurer, said, “That whole thing is bogus. Somebody hacked Linda Sorenson’s Facebook page, and posted that out there.”

“We believe it has something to do with (conservative-media watchdog) Media Matters. They’ve been harassing her the last few weeks,” Whittlesey said.

The whole theory definitely makes sense if you ignore the fact that Sorenson did actually post the picture herself and thought it was hilarious. Unless the evil Media Matters hackers actually, like, hacked her BRAIN somehow and are forcing her to post racist memes and think they are hilarious against her will. Which sure, is maybe also a possibility.

However, it's going to be pretty awkward now if the Delta County Republican Central Committee now has to figure out a way to claim the meme was totally not racist after saying that the evil Media Matters hacker squad -- which definitely is a real thing that exists -- placed it there to make her look bad and racist, even though she is totally not racist at all. In fact, when Vic Ullrey was asked if she was racist, Vic Ullrey said "Absolutely not." Which settles that, obviously.