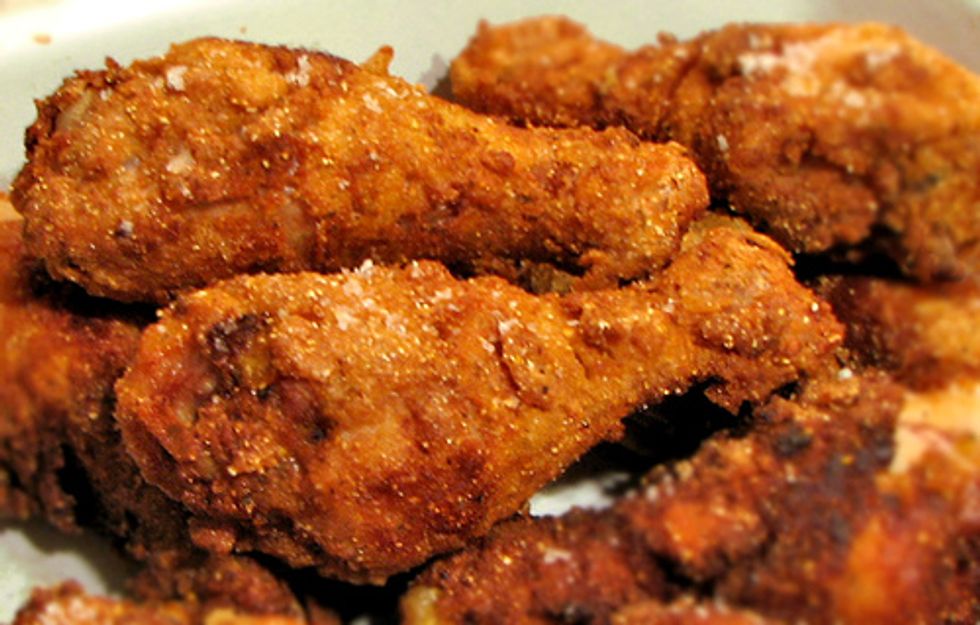 What is going on in Colorado's Economic Opportunity Poverty Reduction Task Force today? Oh, the usual: talking about reducing poverty by ending the War on Poverty, and also fried chicken and barbecue and Mexicans need to eat their vegetables so all the children can stop armed robbing each other out of boredom. You know:your usual Wednesday in the Derplands. (Audio at the link.)

Tell us your thoughts, at length, state Senator Vicki Marble (R - duh): "the barbecue and the fried chicken and diabeetus and war on poverty and armed robbery and the Mexicans in Mexico they eat lots of vegetables but once they come up here they get Americanized and now they are fat and don't eat their vegetables, and the blacks have sickle cell anemia and why do the children armed rob?"

Direct quote y'all, we are pretty sure.

NOW! We for one are for poor people having access to healthier foods (and also the time and energy to cook it, which is hard when you just got off your second minimum wage job and also you don't have electricity). The food justice movement is important, and it's important because poor people have worse health outcomes, and that is one way our society is fucking racist.

But Rep. Rhonda Fields, D-Aurora, who got so mad and then the task force chair was all "heyo why don't we all adjourn right now before Vicki Marble says something else stupid and shitty on tape," in our opinion, Sen. Lost Her Marbles wasn't being racist by talking about the fried chicken or that Mexicans in Mexico have healthier diets than Mexican immigrants in the US. Both of those things are true. And in a search for better health outcomes, those are things we shouldn't be afraid to look at. Instead, she was being racist by suggesting that YOUR CHILDREN ARE ARMED ROBBING EACH OTHER ALL THE TIME. And she was about to GET racist with her little foray into how the War on Poverty was a massive clusterfuck, because that was about to be code for WELFARE MAKES THE BLACKS THE LAZY. So in our opinion -- and as a white woman, sure -- we would be mad about THAT.

But that's just us.