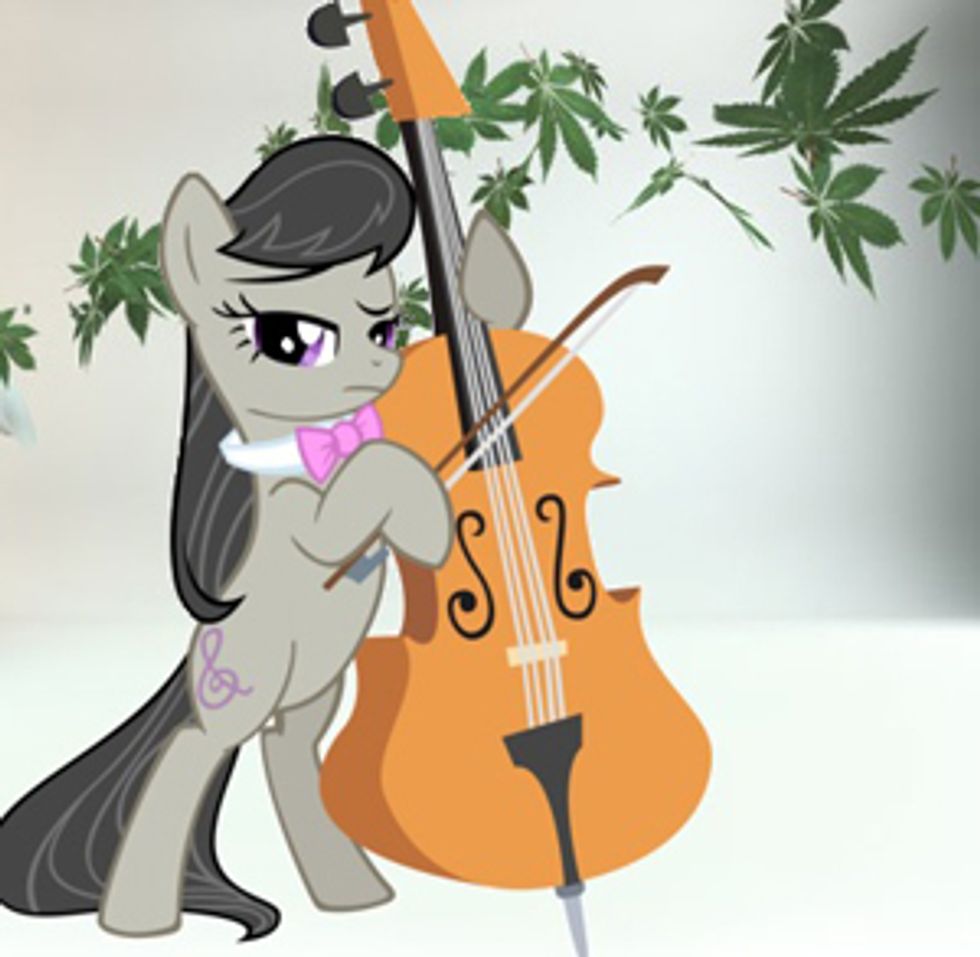 Now this is pretty good synergy: the Colorado Symphony, which is cash-starved like almost every other arts organization in the country, has announced it will play a series of "cannabis-friendly" fundraisers, sponsored by the legal marijuana industry. It should almost go without saying that they have a cute name, too: "Classically Cannabis: The High Note Series," and the goal is to increase membership, possibly by trying to convince weeded-up hipsters that Classical is just like heavy metal, only with more brass. We're hoping that they'll commission a new arrangement of a John Cage classic and call it 4'20".

The symphony's CEO, Jerome Kern, hoped that a connection (ha ha!) with the cannabis industry will "[open] the door even further to a younger, more diverse audience," while also giving the pot-industry sponsors "the legitimacy of being associated with the Colorado Symphony Orchestra."

The events will be BYO, however; no sales of cannabis at the concerts; the indoor events, according to organizer Jane West, will include three small-ensemble recitals at galleries:

Which sounds very classy, so attendees are probably encouraged to wear something a little nicer than that old tuxedo t-shirt. Apparently there will be no laser show.

There will also be a big outdoor concert at Red Rocks, at which West said concertgoers will have to abide by whatever rules police say are in effect; smoking pot at the venue is officially not allowed, but this rule was -- and you may want to get your pearls ready to clutch -- often "flouted long before recreational marijuana became legal," according to the AP.

Opinion about the pot-sponsored concerts among the arts crowd vary. One sponsor of the series, Richard Yost, who sells "soil and other cultivation products to marijuana growers" -- he is the Hank Hill of cannabis -- hopes that the pot industry will get a contact posh off the symphony:

"You can be intelligent and savvy and enjoy cannabis as well," said Yost, adding that he plays Mozart while he works on business plans.

Judith Inman, another symphony supporter, is more worried that the symphony will have trouble getting that smell out of its cummerbund, at least metaphorically:

"I know that the symphony needs new sponsors, and they are trying to go after a younger group," she said. "I just don't think this is the way to go about it."

It's not yet clear whether future pot-themed concerts will be arranged, although there's always going to be a red-eyed audience for one more rendition of "The Sorcerer's Apprentice."