Come Bathe In This Torrent Of Young Republican Tears, Weeping About Wire Hangers 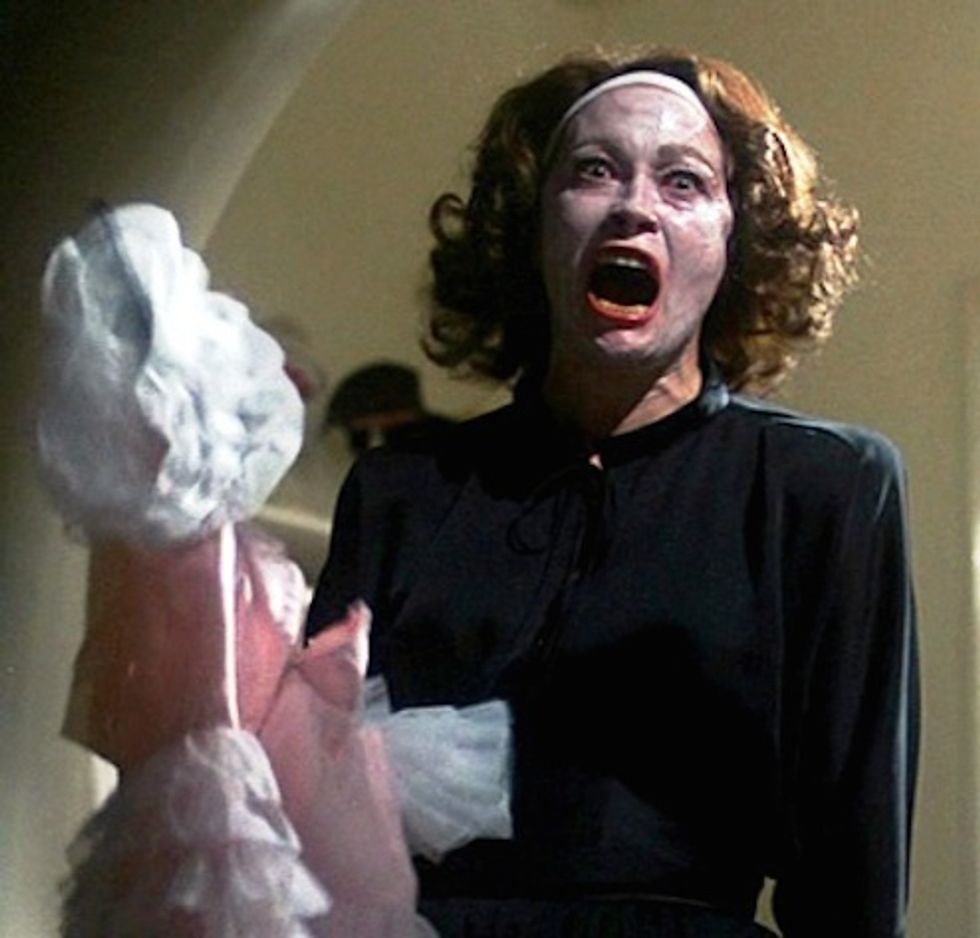 It must be so weird to live inside the perpetual mewling self-contradictory bubble that is the modern conservative movement. Did your side put on a protest? FUCK YEAH RIGHTEOUS FREEDOM AMERICA! Did someone else make a statement that either (1) mocked your stupid protest or (2) presented an alternate point of view? GODDAMMIT COUNTRY GOING DOWN TOILET WE ARE BEING OPPRESSED. How do they ever keep track?

This week, College Republicans are crying in their Sam Adams over how they thought of a super cool abortion protest that involved lots of flags on a lawn and then those mean pro-choicers came along and riffed on their protest by stuffing tons of wire hangers into the ground and everyone knows that is TOTALLY NOT COOL YOU GUYS.

The Socialist Student Union at Winthrop University in Rock Hill, S.C. set a new low for gauche and tasteless behavior this week by covering the green lawn outside the campus center with wire coat hangers to mock a prior event at the school sponsored by students opposed to abortion.

Back in January, on National Sanctity of Human Life Day, Winthrop’s College Republicans had covered the same plot of land with a vast multitude of flags representing abortions. [...]

“It obviously makes their point that it was a direct rebuttal to what we have done,” added Tyler Richardson, president of Winthrop’s College Republicans chapter.

We always delight in watching anti-choicers try to whip up support for their side by talking about how wire hangers are gauche or shocking or disrespectful. Assholes, that is the motherfucking point. Ladies need abortions so bad, and on such a regular fucking basis, that when you take away their safe and legal right to do so, they will literally root around their insides with a goddamn coat hanger, risking death and mutilation, and that is what you wish upon them. This is not a messaging problem for OUR side, people. But perhaps it is a failure of comprehension on yours?? Or just willful thickheadedness. Take your pick.

Also, you put a bunch of flags in the ground to represent the poor departed clumps of cells? Oh do tell what happened next, please.

Naturally, a bunch of those flags representing aborted babies were either stolen or crushed under unidentified feet.

Or perhaps -- we're just spitballing here -- they got tromped on because they were on the lawn on a college campus! Naw, that's crazy talk.

Back to the offending hangers. Campus Reform, which broke this important story (MUST CREDIT CAMPUS REFORM), even found an imaginary pro-choice friend to express their dismay at the wire hanger display.

“It’s really just an appalling act … I’m pro-choice and I found the promotion for the event really unappealing and distasteful,” a student who wished to remain anonymous said in an email to Campus Reform on Tuesday.

The pro-choice event-planning monsters even chose to mock the name -- the sacred name, people -- of the anti-choice event, because they are soulless vessels of Satan.

The Socialist Student Union’s display of wire hangers was designed to promote an event called Abortion 360, [...] so named in response to an anti-abortion film shown by College Republicans named “Abortion 180.”

How do you think these tender Republican flowers get any work done while crying their eyes out and whining all the time? Haha trick question they do not get any work done because they are pretty much only at college to whine about how college is mean to them. And then when they grow up, they can write for the Daily Caller and get to throw tantrums for a living, so we guess this is good training.