Come, Drink In Delusional Mitt Romney’s Election-Night Sadness With Us 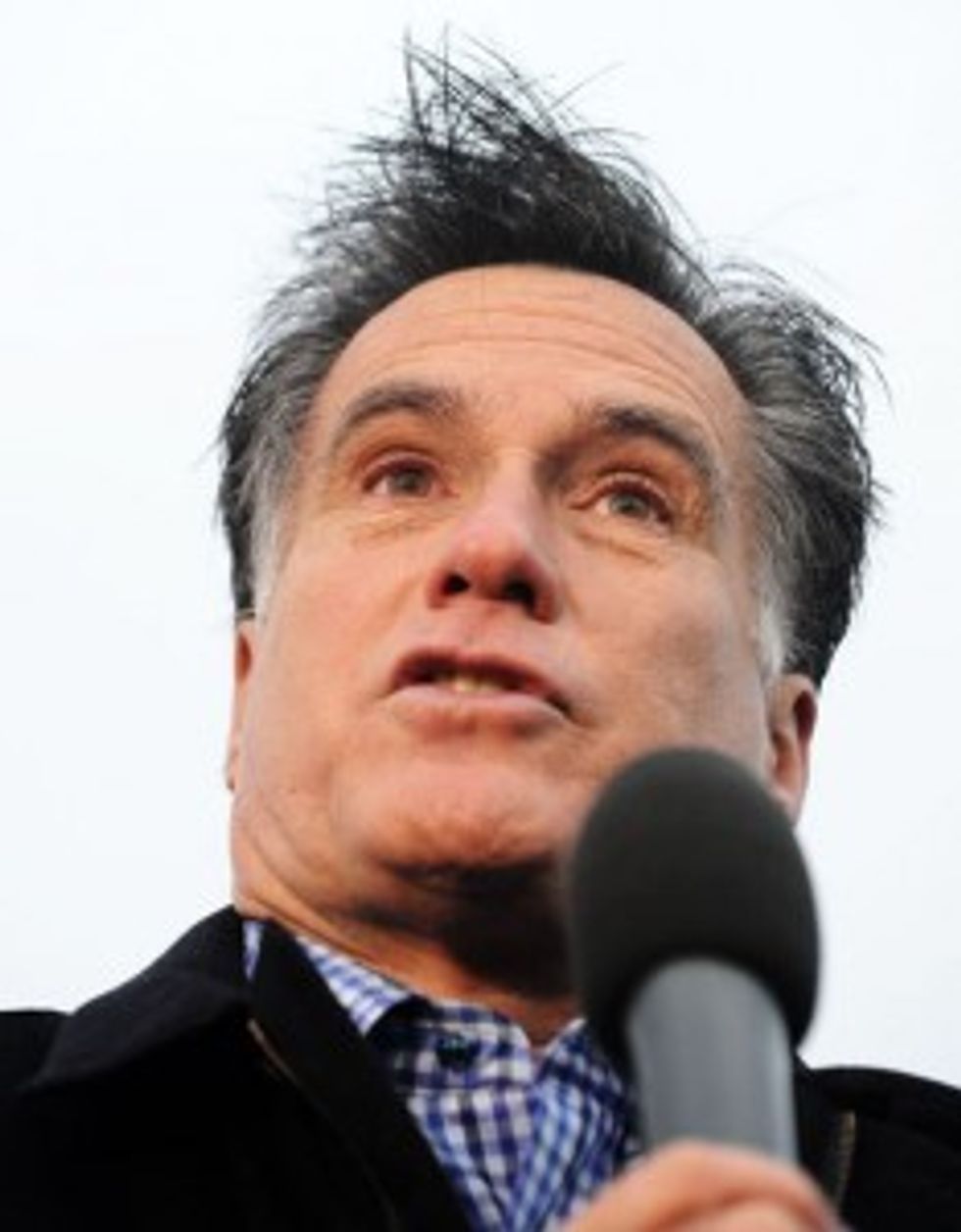 Oh boy, we have now reached our favorite part of the election cycle: the end! It's great because (a) the stressful part is over and (b) all the low-level staffers for both campaigns start telling secrets to the reporters that they most want to sleep with. And so it was that the lucky folks at CBS, America's old-person network, got the scoop on the tragic emotional landscape of the Romney-Ryan campaign's final night, when everyone's sincere belief in their inevitable victory ran head-first into reality. Join us for a gleefully annotated summary, after the jump!

Here is the best part of the sad tale of Mitt Romney's election night: Mitt Romney and his people were totally confident that they were going to win. Unless, of course, they are so determined to maintain a brave face at all times that they feel a need to anonymously leak to the press after the fact that they ran the campaign in a delusional bubble? That would be even weirder, so let's just take this statement at face value:

Romney and his campaign had gone into the evening confident they had a good path to victory, for emotional and intellectual reasons. The huge and enthusiastic crowds in swing state after swing state in recent weeks -- not only for Romney but also for Paul Ryan -- bolstered what they believed intellectually: that Obama would not get the kind of turnout he had in 2008.

As a result, they believed the public/media polls were skewed -- they thought those polls oversampled Democrats and didn't reflect Republican enthusiasm. They based their own internal polls on turnout levels more favorable to Romney. That was a grave miscalculation, as they would see on election night.

Let that sink in for a minute: Team Romney was "unskewing" its internal polls, or maybe they were just using the numbers from the Unskewed Polls guy, who knows, but the point here is that they didn't like the reality they were getting from their own data collection and thus felt a need to fix it to conform to their inner emotional truth like some sort of woo-woo Californian new ager. By contrast, when after the first debate Obama's people began getting numbers indicating that everyone thought he did a crappy job, the campaign flipped out and Obama agreed to make some changes he wasn't keen on, because he wanted to win but recognized that he might lose.

So, here's a hint, future presidential candidates of all stripes: you're going to get at least 35 percent of the vote in every state of the union, which translates to hundreds of thousands of people. No matter where you go, you will get large and enthusiastic crowds, unless your campaign is a complete disaster à la John McCain. Do not confuse the people who voluntarily show up for your rallies as being representative of the electorate!

Anyway, now that you understand the Romney campaign's mindset, let's jump ahead to election day!

Mitt Romney's campaign got its first hint something was wrong on the afternoon of Election Day, when state campaign workers on the ground began reporting huge turnout in areas favorable to President Obama: northeastern Ohio, northern Virginia, central Florida and Miami-Dade.

Then came the early exit polls that also were favorable to the president.

But it wasn't until the polls closed that concern turned into alarm. They expected North Carolina to be called early. It wasn't. They expected Pennsylvania to be up in the air all night; it went early for the President.

After Ohio went for Mr. Obama, it was over, but senior advisers say no one could process it.

This is the part where we wish anonymous low-level campaign staffers could somehow magically convey smell. Because it probably smelled pretty amazing at Romney HQ, right? All flop sweat and burning wires? Anyway, then the ladies wept, and Paul Ryan was too sad to cry:

Romney was stoic as he talked to the president, an aide said, but his wife Ann cried. Running mate Paul Ryan seemed genuinely shocked, the adviser said. Ryan's wife Janna also was shaken and cried softly.

Next came that concession speech, which wasn't ... bad exactly, just kind of stilted and off-putting, like most of Mitt's public human interactions but more so. Turns out Romney really did write it at the very last minute, because, as mentioned, he literally thought he was sure to win!

Their emotion was visible on their faces when they walked on stage after Romney finished his remarks, which Romney had hastily composed, knowing he had to say something.

Both wives looked stricken, and Ryan himself seemed grim. They all were thrust on that stage without understanding what had just happened.

Then they went home and took a nap and Mitt Romney will never be the president ever and we'll never talk about him again, the end. (Ha ha, just kidding, we'll have lots of articles in the future about whatever dumbshit mandroid antics he's up to, don't worry, refresh Wonkette dot com constantly for cruel Mitt Romney coverage.) [CBS]