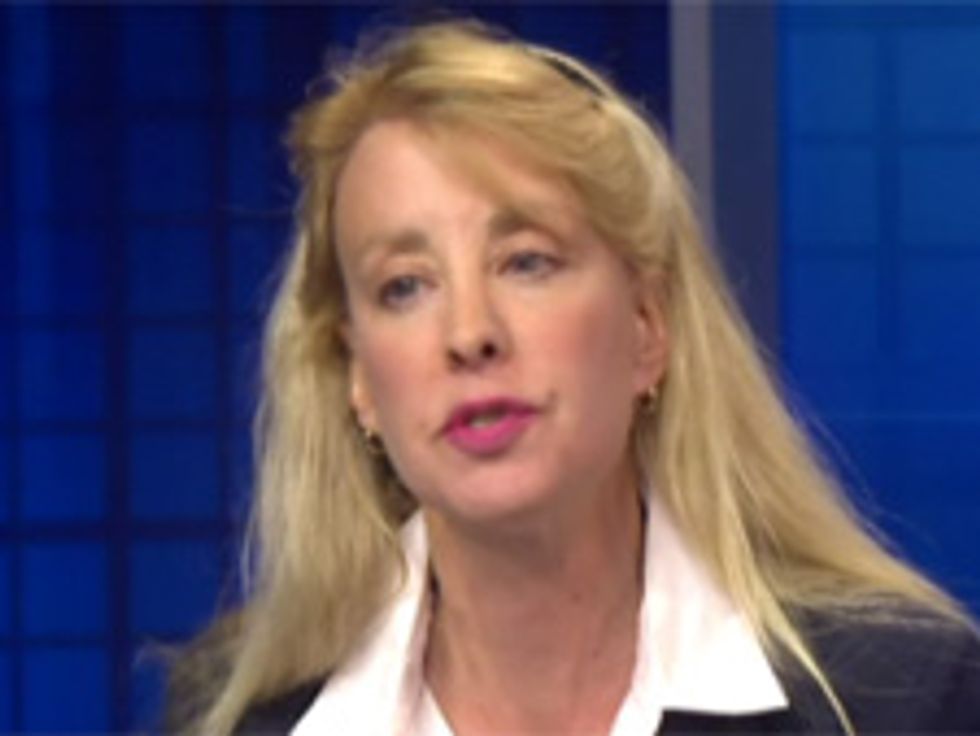 Fun Connecticut lady Lee Whitnum appears to be a fixture in pretty much every "Nutmeg State" Democratic primary for any national office. She gets up there and starts hollering about a valid concern -- how every Connecticut Democrat, as well as every other politician, just does whatever Israel wants 100% of the time -- with absolutely no tact. For example: theSenate debate last night when she called Rep. Chris Murphy a "whore." Look, Lee, that was a long time ago and Murphy had to pay for law school somehow, okay?

Chris Dodd and Joe Lieberman must be rolling in their graves:

It's not often the word "whore" plays into a debate for U.S. Senate, but it happened Thursday night as five democratic candidates squared off in the first televised debate of the campaign season.

Lee Whitnum, an author from Greenwich who claims some of her ideas will anger voters, went after U.S. Rep. Chris Murphy for his stance on support for Israel.

Murphy called Whitnum out after the comment, saying he had supported inclusion by all candidates in the debate, but might rethink his stance after Whitnum's "awful language."

No more hilarious shouty lady? As great Connecticut liberal leader of yesteryear (and Wonkette bus friend!) Ned Lamont once said about the financial crisis' effect on Greenwich, "This is our Katrina."