Congrats, America, The Troops Got Poisoned And YOU Get To Pay For It 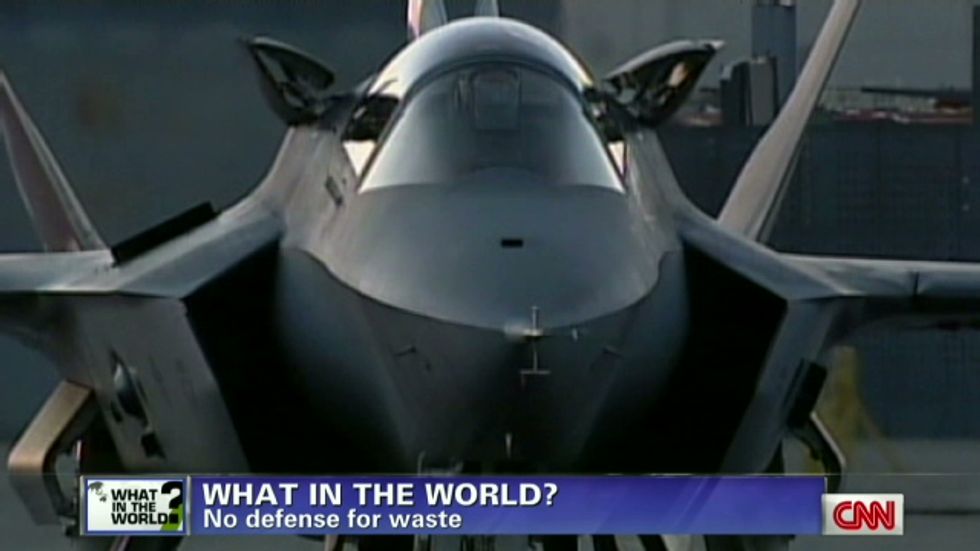 I've made a huge mistake

9/11, ever heard of it? It's almost old enough to drive which might explain why our national security apparatus clings to its precious contractors in anticipation of an empty nest. So maybe we should check in on some of our Defense Department's corporate friends. Friends who have profited mightily from our never-ending war on terror -- not because they wanted to, but because of a duty to Real America, or their shareholders or whatever...

KBR poisoned a bunch of troops (allegedly), so let's all pay for their lawyers

KBR is Halliburton's Halliburton, a company so devilish that The Big H had to let it walk away in 2007 so that it could focus more time on developing 'Weaponized Cheney,' an armament that gets a bunch of deferments before shooting someone in the face and getting the victim to apologize. Effective if true.

Anyway, you might remember a case where KBR was hired to restore a fancy Iraq oil field back in 2003, and allegedly exposed 800 guards to sodium dichromate dust. This is the "Erin Brockovich" chemical, overrated as a movie but properly rated as a known carcinogen.

But here's the thing: none of this really matters to KBR. Back when "no bid" contracts and flash mobs were king, the government would also throw robust indemnification clauses into its outside contracts. Because why rebuild oil pipelines for billions of dollars if you have to do it responsibly? Essentially, we're all on the hook for this malfeasance one way or another.

KBR racked up $30 million in attorneys' fees fighting this case and last week a court confirmed that this burden lies with the American Taxpayer. Not a surprise. Also not a surprise: the indulgent behavior of shitbag corporate lawyers when they have no incentive to watch fees and expenses.

[L]awyers for the company billed up to $750 an hour, sometimes flew first class to legal proceedings and paid millions to expert witnesses. One expert, paid more than $500,000, dozed off during a deposition.

No, no, don't worry, KBR. We got this. We'll just defend ourselves or snag an overworked public defender if we're ever hauled into court. Rest easy you soulless fucks.

The current Big Kahuna of our defense department's corporate buddy program, Lockheed Martin, has increased its yearly DoD cut by billions since 2000, including a decent $25 billion worth of contracts in 2014. But there is no joy at Lockheed Corporate this week and it has nothing to do with 9/11 or losing a boozy corporate softball game to those soft-hitting pansies over at Northrup.

Lockheed, longing for the free-wheeling no-bid era, does not believe this is fair, and is on its knees protesting the Oshkosh proposal to provide these vehicles for merely $400,000 a piece. They're practically giving them away! Lockheed charges 400k for a damn helmet! Where's your bloat, Oshkosh?

So before Oshkosh starts production and Scott Walker takes credit for all of these Big Government Defense Jerbs, there will be a review. Godspeed Lockheed. Do it for the troops and also the stock price!

Decades after Reagan mirrored the Soviets' catastrophic defense spending with his stupid ass "Star Wars" program, lasers are all the rage again, and this time, the lasers work! Pretty soon, you may be able to purchase your own personal defense system to mess with the dumb manboy flying his camera-equipped drone around while you're just trying to enjoy your day and weed at the park.

Yo Boeing, Unleash the Drone Cannon! Yes, for the low price of $50 mil (batteries not included) you can eviscerate that manboy plaything or drug muling helicopter with the force of a thousand Reagan units. (Reagan units are quite tiny, btw...)

Boeing, possibly busy with squeezing its workers and building Do-I-Really-Want-To-Board-That? aircraft, isn't the first to market its own drone-fighting war machine, but it might have the cutest system.

Instead of a massive laser mounted on a dedicated truck, the compact system is small enough to fit in four suitcase-sized boxes and can be set up by a pair of soldiers or technicians in just a few minutes. At the moment, it’s aimed primarily at driving drones away from sensitive areas.

While availability to civilian purchasers remains unlikely, let's salute Boeing as Corporate Person of the Week since this laser cannon hasn't killed anybody yet (that we know of).

Ah hell. Cheers to the entire military-industrial complex! Without you we might be able to invest more in our own infrastructure, but is it more badass to build a bridge or bomb one? And isn't being badass really what it's all about?