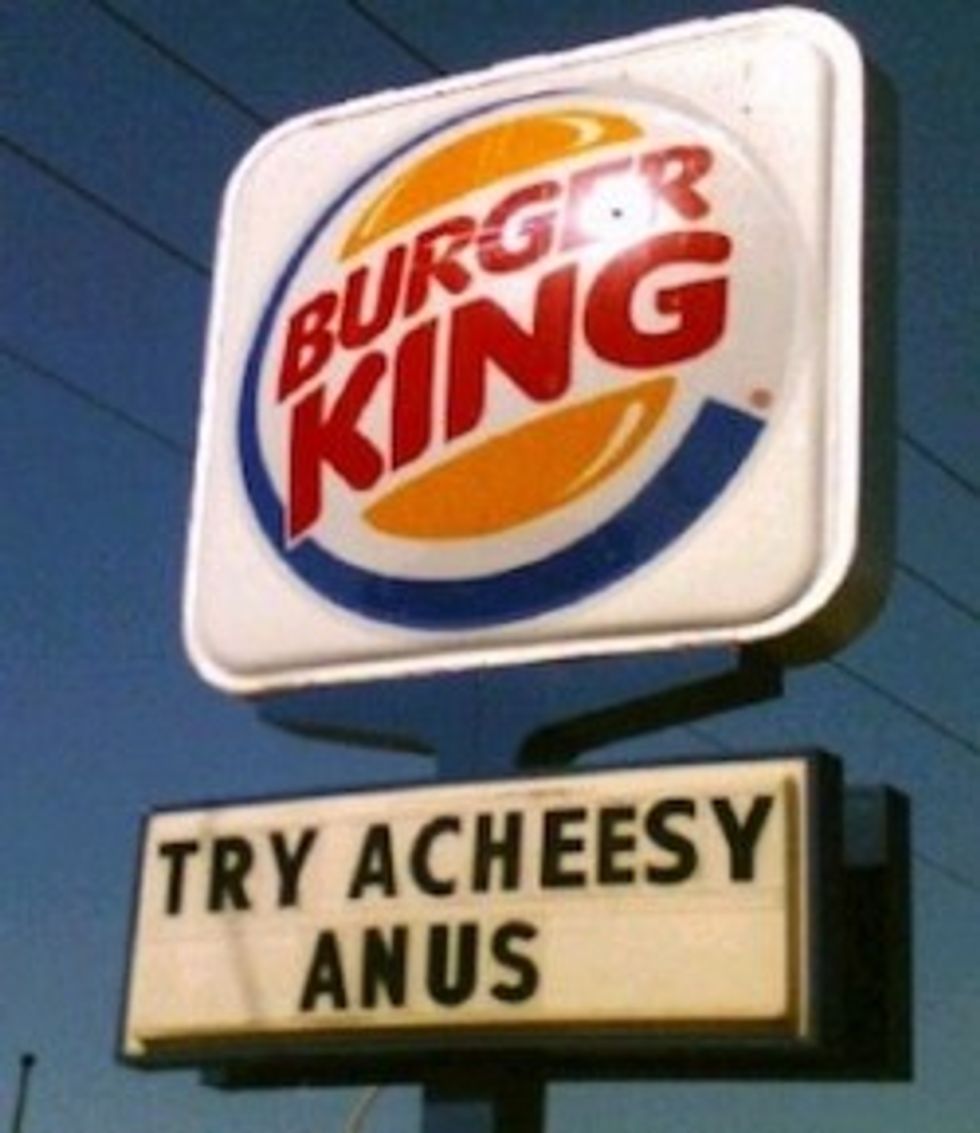 America's children are still by and large grotesquely overweight these days, we hear? AND STAY THAT WAY is the message from the corporate shills in Congresswaging a heroic battle against a USDA proposal requiring school cafeterias to quit counting french fries and tomato sauce on frozen pizzas as "vegetables," because the "federal government shouldn't be telling children what to eat." Except that, by putting a giant pile of oil-and-salt-packed sawdust shavings on the plate of every child in America's school lunch lines, they kind of are!

A spending bill released late Monday would unravel school lunch standards proposed by the Agriculture Department earlier this year, forcing USDA to pull back an attempt to limit potatoes on the lunch line, delaying limits on sodium and delaying a requirement to boost whole grains.

The spending bill also would allow tomato paste on pizzas to be counted as a vegetable, as it is now. The department's proposed guidelines would have attempted to prevent that.

Of course, brave as they are, the obesity-pushers in Congress never do anything without orders from their corporate overlords. So now you are probably wondering, who are the real heroes here, calling for early death by complications from diabetes for America's bulging youths? Don’t think too hard! “The changes had been requested by food companies that produce frozen pizzas, the salt industry and potato growers,” the report adds. So long as there Congresspeople in Congress, these Key American Industries will always have a voice.

Maybe it really is time for a few drones over Burger King? [AP]