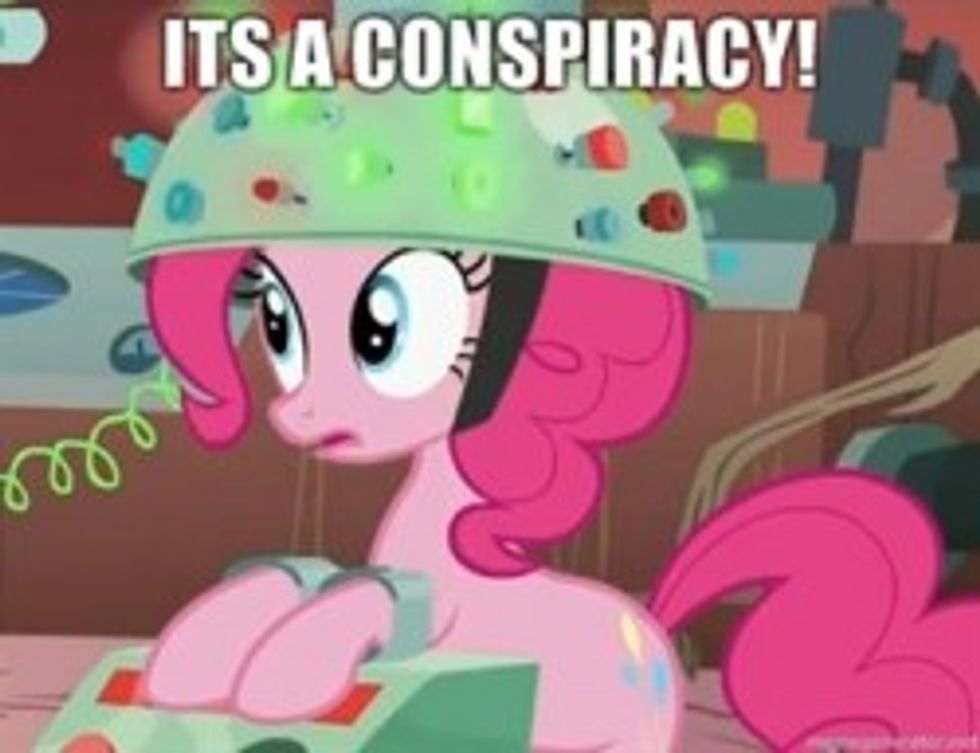 Texas Congressman Louie Gohmert (R-Edge Of Obscurity), after a political season in which his sterling record of saying pure unadulterated crazy shit was nearly eclipsed by the likes of Todd Akin and Allen West, would just like to tell these young upstarts to sit back and watch how anprofessional goes Full Gohmert.

And so, speaking on one-note paranoid Frank "Sharia is Creeping Into My Pants" Gaffney's radio show, Rep. Gohmert offered a creative new twist on the thesis that the President of the United States is secretly a Muslin who wants to establish a Worldwide Caliphate. Gaffney, you may recall, is the genius who thought Obama forced the US Missile Defense Agency to change its logo to incorporate an Islamic crescent to signal his "submission to Shariah," and latter waged war against the letter "C" for similar reasons.

So really, there was no more fitting venue for Gohmert to plunge into

a lengthy tirade criticizing the Obama administration’s decision to provide air support in the international campaign against Qaddafi last year. Rather than acknowledging that Obama launched the mission to stave off a looming massacre in Misrata, the Texas Republican saw a hidden, pernicious reason for the intervention. “This administration sent planes and bombs and support to oust Qaddafi so that al-Qaeda and the Muslim Brotherhood could take over Libya,” said Gohmert.

GOHMERT: What was all the rage a year and a half ago? It was the Arab Spring and how wonderful it was! This administration really embraced blowing out Mubarak – yes, do it up by all means – getting rid of Qaddafi, it wasn’t enough to send verbal accolades, this administration sent planes and bombs and support to oust Qaddafi so that al-Qaeda and the Muslim Brotherhood could take over Libya.

This is a definite improvement over Gohmert's position at the time of the Libyan air operations, which was that supporting the Libyan rebels had something to do with using Obamacare to create a private army that would Take Over America. Compared to that scenario, this new one is pretty compelling logic, apart from the minor quibbles that 1) al-Qaeda and the Muslim Brotherhood are actually different organizations, and 2) al-Qaeda and the Muslim Brotherhood are, in point of fact, not actually in charge in Libya. But other than that, it's pretty much an airtight case.

We think maybe Louie Gohmert should stick to areas where he has actual expertise, like maybe caribou sexytime or why Jesus likes to see people get shot in movie theaters.

For true afficionados of audio masochism, here's the clip, from ThinkProgress: