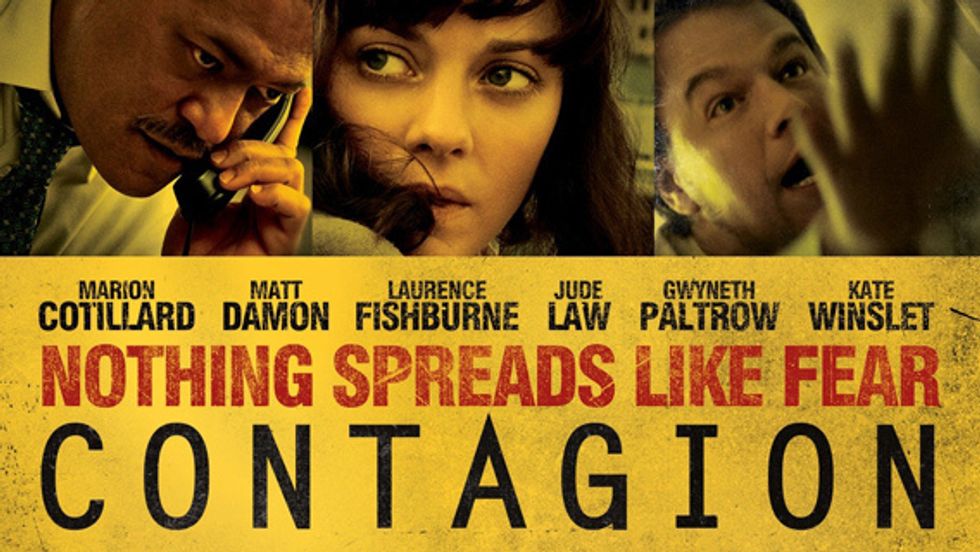 Arizona's primary election is next Tuesday, and the final days of the campaign are bringing out the crazy. Like theearly days did, for that matter. And stepping up to the challenge in the District 1 Republican congressional primary is Andy Tobin, the speaker of the state House, who worries that migrant children are carrying Ebola across the border to liquefy our internal organs, just like in that one movie.

Tobin is just the latest Republican to warn about the completely nonexistent threat, following in the steps of Georgia Rep. Phil Gingrey, who wrote a very worried letter to the Centers for Disease Control in July because he'd heard "reports" of immigrants with Ebola. The absolutely not-realistic panic has also been stoked by Indiana (oops!) congressfearmongers Todd Rokita and Larry Buschon, and of course by Louie Gohmert, who never found an irrational paranoid idea he didn't like. In an interview with the Tucson Weekly, Tobin said that he's heard from a lot of constituents who are really worried about refugee children from Central America bringing Ebola to US America, and in Arizona, if constituents worry about a thing, it must be taken seriously, like chemtrails.

"Anything's now possible," Tobin said last week. "So if you were to say the Ebola virus has now entered (the country), I don't think anyone would be surprised."

Tobin acknowledged that Ebola has been limited to outbreaks in Africa, "to the extent that they're really aware of that. I think there is a reason we should be concerned about it and say, 'Hey, can you assure us the people crossing the border are not from the Middle East?'…So I use that as an example, that the public would not be surprised to hear about the next calamity at the border."

In excellent news for Mr. Tobin, there's also no Ebola in the Middle East either, though he should probably still be worried about all those Muslim prayer rugs being dropped at the border. While it is dangerous, Ebola is also not found outside of sub-Saharan Africa, and you can't catch it simply from seeing an African person on TV, or even in real life. Sadly, since many US Americans don't have maps and such as, they don't know that the children of Iraq and Guatemala who love the liberty don't have the Ebola, and the youth of tomorrow are always twirling, twirling, twirling toward freedom!

Tobin's worry, if not well-founded, is at least well-timed, as a Harvard School of Public Health poll released Thursday shows that Americans know about as much about Ebola as they do about geography -- a quarter of Americans "are concerned that they or someone in their immediate family may get sick with Ebola over the next year." We would recommend that Barack Obama immediately announce that the generation of electricity by solar and wind power does absolutely nothing to prevent Ebola, a true fact that may actually cause some contrarians to go green just to spite the Usurper.

And just to make things especially fun for voters in District 1, Tobin's primary rival for the nomination is Adam Kwasman, the genius who freaked out over a bus full of kids going to a YMCA camp and then tried to blame immigrants for scaring those poor kids on that YMCA bus. And now those kids need to worry about Ebola, too. Will the crimes and usurpations of the Obama administration never end?

We'd say that Democratic incumbent Ann Kirkpatrick seems a sure bet against either member of the Kwasman/Tobin Brain Trust, but this is, after all, Arizona.