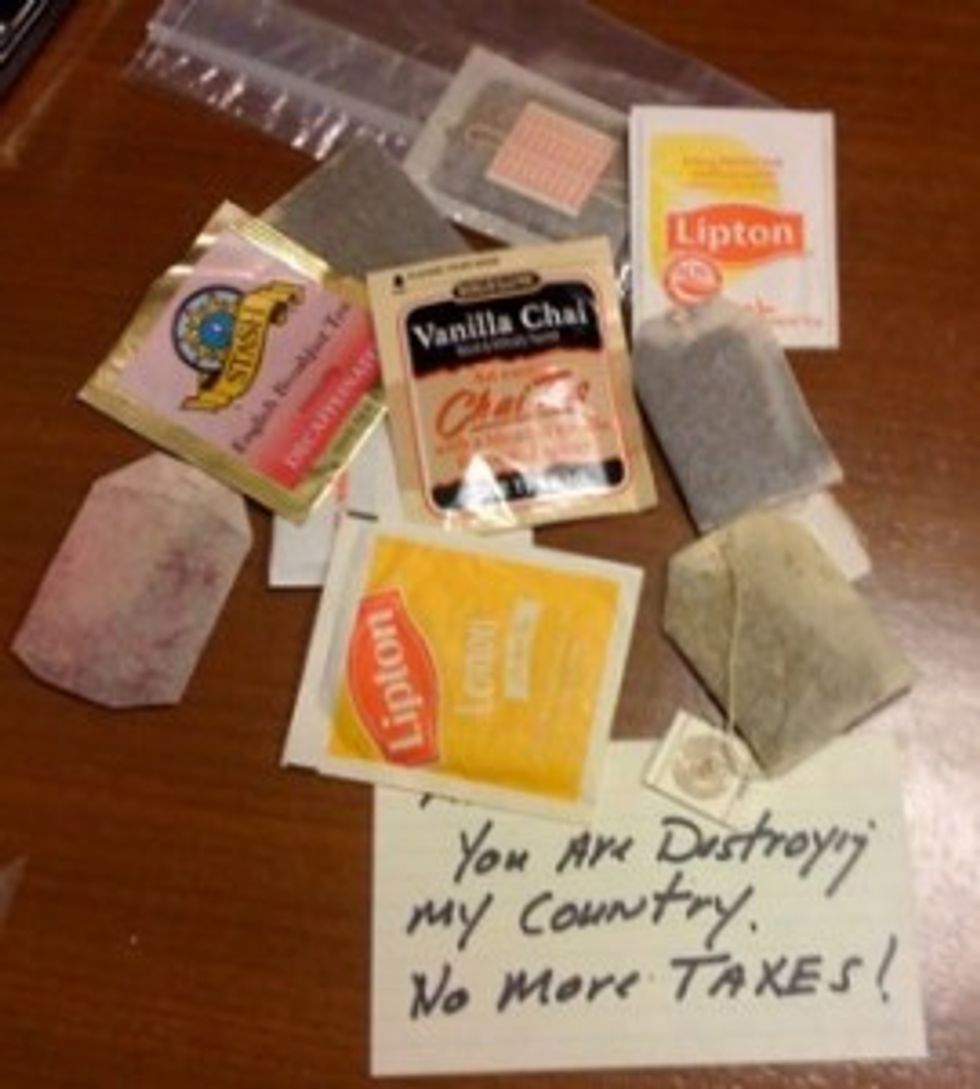 How is America's Socialist Patriarchy oppressing women lately? This time it's truly awful: college professors are referring to America's patriots as "tea baggers" in classrooms! WHAT?!? Now some of you may not know this, but the term "tea bagging" leads a sneaky double life, both as a term for the hazy Jesus warrior collective trying to trample the federal government with their army of scooters, and also as anoral sex act involving testicles. This is offensive to student lady ears in classrooms everywhere according to University of North Carolina Wilmington criminology professor Mike Adams, who asserts that right-wing women should not be sexually harassed by professors talking about nuts. Nuts! There is another term that has two meanings. GAH. There we go again!

Normally the official Republican stance on women's rights sounds like, "pregnant women are lying criminals who hold abortion panty parties if you don't strap them down," so why is a conservative professor bothering to complain about sexual harassment of women? Because it happened to be a lady UNCW student that wrote a letter to the administration complaining about some librul professor using the term "tea bagger" in her classroom. In the GOP hive mind, "lady" means "sex thing used for lifeless sex between gay Craigslist hookups." Ergo: a lady is offended, it must be "sexual" harassment! Here is Mike Adams, complaining:

The Associate Provost for Institutional Diversity and Inclusion, Dr. Jose Hernandez, has been forwarded an email, from a female student, expressing her concerns about the use of the term “tea baggers” in the classroom. Therefore, it is now his responsibility to move forward with an investigation against the professor who has allegedly been using this term in the classroom. I’m sure that the female student feels excluded by hearing obscene sexualized references to her and those who share her political beliefs.

Mike Adams, he is so chivalrous! Speaking up for the harassed ladies! Would this still count if a male student had complained? Haha, no, then it would be a much more serious charge of "political harassment."

And then, blah blah some irrelevant stuff about college sexual harassment policies and the Obama administration until finally his column detonates into the death star explosion of paranoia and persecution that can be the only logical conclusion of his disingenuous claim that he actually gives a shit about the sexual harassment of women:

The time has come for conservative students to take the gloves off and start fighting campus indoctrination by turning the weapons of the left against the leftists themselves. By taking my advice and using the “harassment” mechanism, one of two things is guaranteed to happen:

1. We can get rid of scores of leftist professors who create a climate of “intimidation” and “offense” in the classroom.

2. We can enlist the help of campus leftists in restoring the standard of “proof beyond a reasonable doubt” in campus sexual assault and sexual harassment cases.

At least we seem to have found a winning formula for sexual harassment that Republican men will care about. Just try to take away Mike Adams's right to not be sexually harassed for his political beliefs! [Townhall]