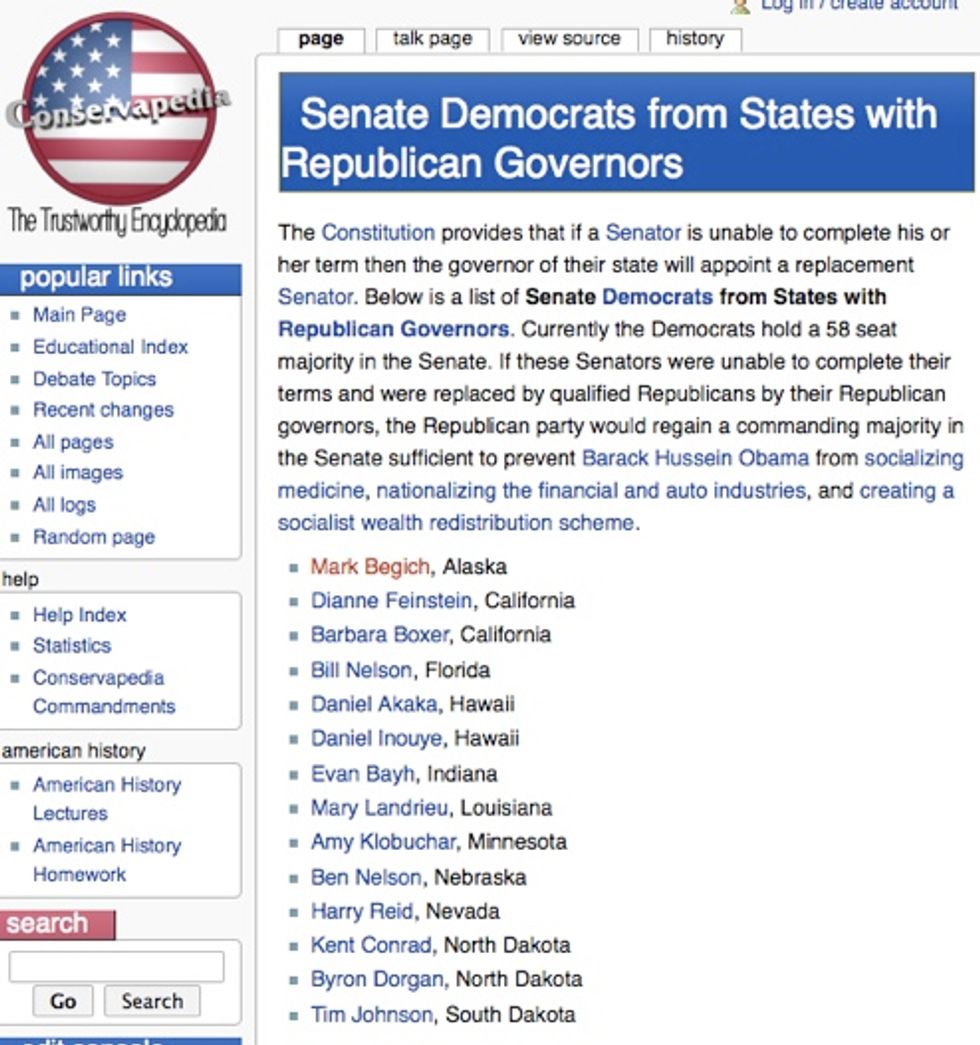 Americans, are you still letting your idiot kids do all their "research" from the liberal-propaganda pit of vipers known as the "Wikipedia," which is filthy with scientific facts and frighteningly detailed Buffy the Vampire Slayer trivia? Well stop it, now, and Porn Block every site that's not Conservapedia, the home of conservative pedophiles "The Trustworthy Encyclopedia." For example, say your home-schooled-in-Christ kid needs to do a report on which states would benefit from Dem senators who, tragically, "were unable to complete their terms and were replaced by qualified Republicans by their Republican governors." Where to go? That homosexual devil box "Wikipedia" surely would be of no assistance, to Patriots!

Here is the actual entry, "Senate Democrats from States with Republican Governors":