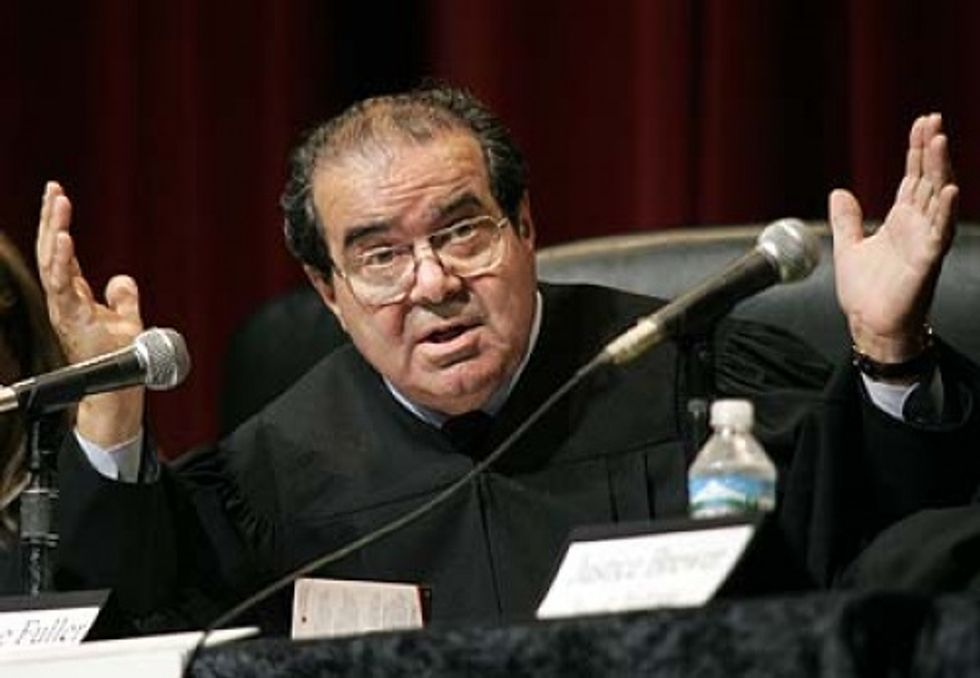 Antonin Scalia, the U.S. Supreme Court's token white male, had a very important reminder for all you justice fans out there yesterday. During oral arguments in a Michigan affirmative action case,Scalia pointed out that "The 14th Amendment protects all races," and not "only the blacks." You see, this is why we have a Supreme Court, because otherwise such insights would only be discussed by bloggers and people carrying handmade signs.

The Court is considering a 2006 Michigan constitutional amendment that outlawed any consideration of race in college admissions. The case has the potential to overturn even the very weak remnants of affirmative action that the court left in place after a 2003 decision in another Michigan case that allowed limited consideration of race in admissions. After voters passed the state constitutional amendment, minority enrollment in Michigan universities fell sharply. Last year, an appeals court found that the amendment itself was discriminatory, and the Supremes will settle the issue. And Antonin Scalia is obviously primed to decide that any attempt to offset past discrimination is unfair to the embattled white folks who suffer so much these days.

Anticipating a follow-up to the insight that the Constitution actually protects the whites, Yr Wonkette looks forward to the day when Justice Scalia notes that human beings also enjoy many of the same rights under the law as corporations do.