Conviction Of Violent Creep O.J. Simpson Advances The Cause Of Racial Justice 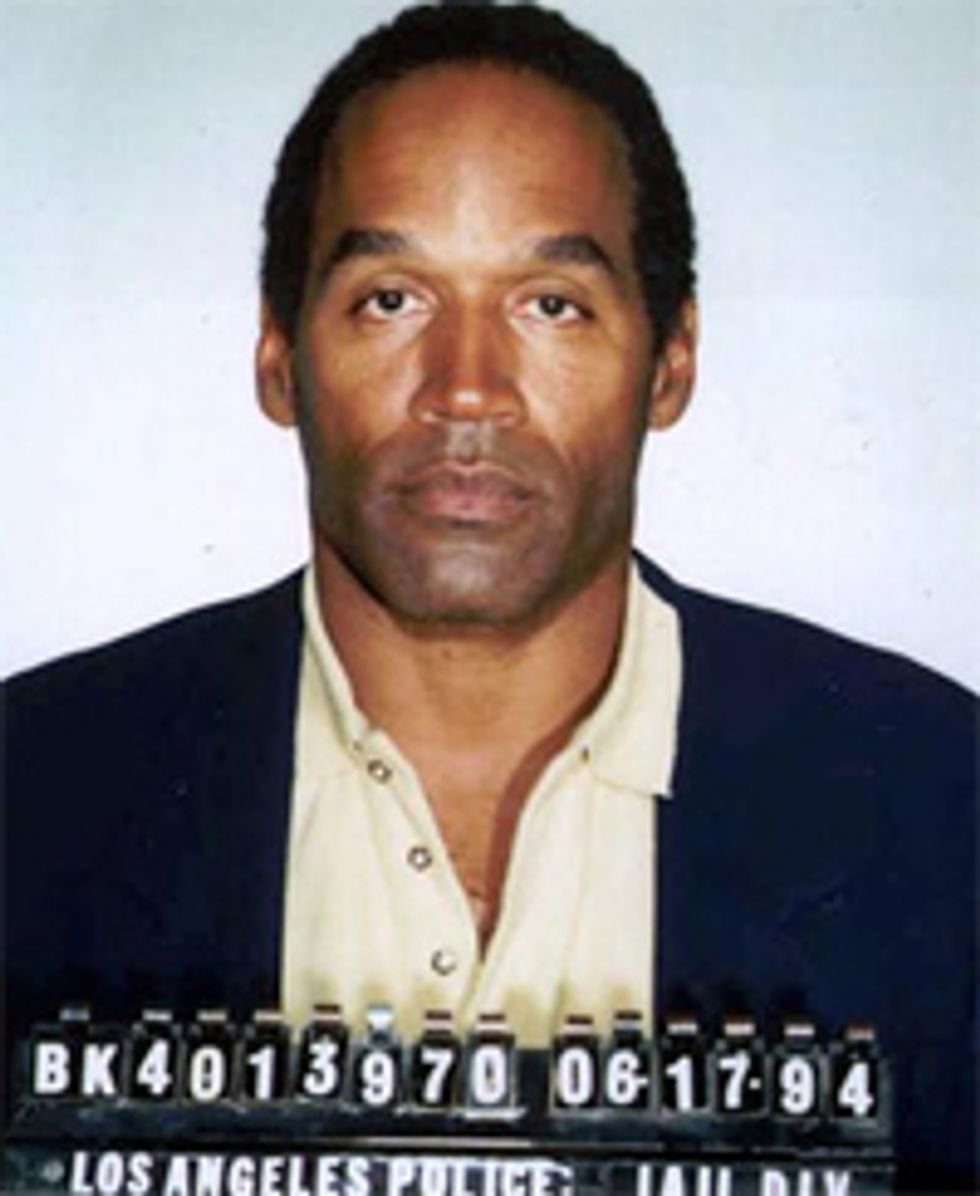 O.J. Simpson did exactly two admirable things in his life: he played football well, and he was inThe Towering Inferno. Besides that he was a completely unhinged wife-beating and likely double-homiciding egomaniacal lunatic with impulse-control problems. If you are the LA Times' resident turdburglar Jonah Goldberg, you look at O.J. Simpson's depressing, shameful, and entirely predictable decline -- culminating in his recent prison sentence for armed robbery -- and say, "Hmm, what does this have to do with that other black gentleman I have heard of, Barack Obama?"

Given that Barack Obama's every utterance seems to spur the minting of a new commemorative plate to the cause of racial progress, you'd think more would be made of the ironic timing of Simpson's conviction.

It is "ironic," you see, because O.J. Simpson was not convicted of murder a decade ago, but he was convicted of robbery last week, and this means that the judicial system has finally been cleansed of racial bias! Just like Barack Obama's election ended racism forever.

Hurrah for racial transcendence! Without it, O.J. Simpson might never have been forced to acquaint himself with the fancy European innovation called "indoor plumbing."