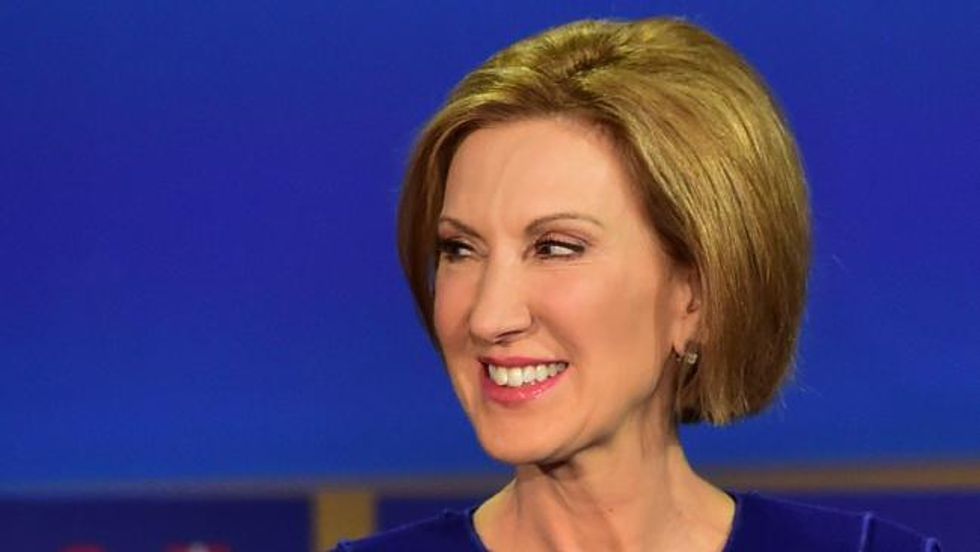 But what about our super important Corporate Persons? Of course they're talking about it! How? With their Speech Money, dummies.

While corporate $peech can be shouted from atop a pile of large tax-sheltered dollar bills, it's often whispered since there are laws restricting campaign financing and donations. For instance:

Disclosure and spending itself are governed by a maze of laws. For example, companies are allowed to make contributions to candidates in about half of the states in the U.S., but whether companies must disclose this depends on state law. California has very strict regulations, but Alabama’s laws are “handwritten and unclear.”

Handwritten, y'all. Really, Alabama? I guess that replaced the previous method of collection, which  branded new campaign finance laws on the side of the Blue Ribbon hog from the annual state fair.

Still, as the campaign expenditures start to ramp up -- yes, it's going to get infinitely worse -- let's take a look at what influence our corporate people, their flesh and blood owners and their beaten down minions, are having on our upcoming GOP bloodbath.

Carly Fiorina (2016 Slogan: You Can't Handle The Truth) used to work the brain levers for one of our biggest corporate people. Was she a good corporate steward while CEO for Hewlett-Packard? Absolutely not. But her point is, she did steward, so make her president now please. Carly is not "of Washington," which is basically the best platitude you can bullhorn at the mug of Republican voters this side of "I believe in States' Rights" or "Kim Davis should be on the 10 dollar bill."

Despite the mega-layoffs and constant self-implosions during Carly's Reign Of Terrible, HP still employs 300,000 workers. And none of them want her to be president.

The Daily Beast this week took a look at the most recent campaign-finance records and found just two people who have worked with her at the company have donated to either Fiorina’s campaign or to the super PAC supporting her bid. No current employees show up among the people who contributed $200 or more to her campaign, according the most recent campaign-finance filings.

Things that HP employees are more likely to do than donate $200 to Carly Fiorina: get struck by lightning, have six fingers on one hand, and go to the ER with a pogo stick injury.

Since corporations are now people, it only made sense to the not-at-all-activist Conservative Justices of the Supreme Court that corporations get to have religious beliefs as well. The notably horridBurwell v. Hobby Lobby case enshrined this idea, and without tumbling down that skinned rabbit hole, let's just say there was much corporate rejoicing.

The birth parents of the closely held corporate person at the center of this case are Hobby Lobby's David and Barbara Green. And they like the guy who says all the crazy shit. Oh, that didn't help you? It's the black guy who's a "brain surgeon." Ben Carson (2016 Slogan: Yes, But Hitler), who recently said he prefers dead bodies to gun laws, is parlaying this high-minded rhetoric into increased support among the corporate executive class. And the Greens aren't alone. Coca-Cola CEO J. Frank Harrison has forked his sugar water money over to the alleged health professional. (Share a Coke -- but maybe not with a Muslim.)

It's a topsy turvy world, kids. Wealthy individuals can now unload all the monies on their favorite puppet candidates. And yet corporations can't technically donate directly to a federal candidate. It sounds like this is a law that should violate Hobby Lobby's fragile religious sensibilities. Hey, it worked for them last time. Cast the moneychangers out of the temple and into unregulated campaign financing. For Jesus.

Rubio's support of Uber will make millennials surge ... in their pants

But there's one shiny star that Rubio most desires. He loves Uber, perhaps the lowest common denominator in 21st century capitalism's race to ensure shitty wages for everyone who doesn't have a trust fund or wildly successful tech startup. On Tuesday, Rubio delivered a speech of anti-regulatory word salad that further lathered Uber with praise for being a new economy trendsetter and providing SO MANY (second or third) jobs. It's still $9 an hour, but it's a flexible $9 an hour, guys.

Rubio even has a chapter in his book called, "An America Safe For Uber," and believes that talking up these "Apps" that "kids use" when they "party" is a great way to bring the youths back to the Republican Party. This is really quite precious when you think about it. Nothing gets young voters going like talking about arbitrary caps on the number of regulations.

But Rubio isn't alone in touting the corporate persons of our beloved "sharing economy," a/k/a the "share the fruits of your labor with a bunch of brats who hijacked an industry by developing a sleek web-based platform economy."

How much Xanax did Jeb! Bush have to pop before getting in a Toyota with a Yemeni Uber driver?

And then there's Rand Paul (he's still running, right?). This turd blasted Hillary Clinton for having the gall to note there may be the need for some workplace protections in our new "sharing economy" because she doesn't even drive her own car! Which is totally unlike Rand Paul's shitbird son, who DOES drive his own car and loves to do it when he's really drunk. Maybe take an Uber, dude.