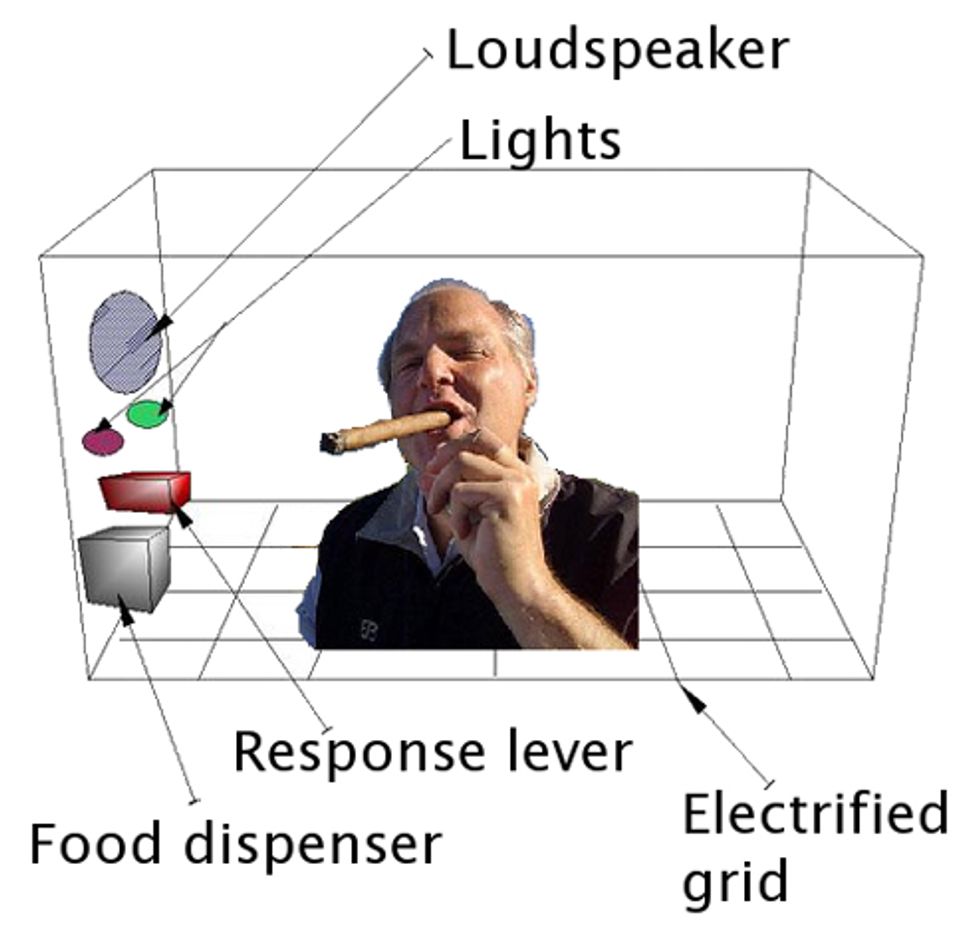 “I wouldn’t have taken him ... Not because I don’t believe Michael Sam should have a chance to play, but I wouldn’t want to deal with all of it.

“It’s not going to be totally smooth … things will happen.’’

Limbaugh applauded Dungy for his clearheaded concerns about "things," noting that the St. Louis "Lambs" are "not a football team this season; they are a social experiment." And god knows that social changes have always been terrible and disruptive for sportsball.

Limbaugh then rambled on for a while about how there's no way that the Rams can cut Sam for being a lousy player, because the gays will just go nuts, and it's all just a social experiment, and my whatta sad day for sportsball when considerations other than pure athletic talent might enter into a team's hiring and firing decisions: